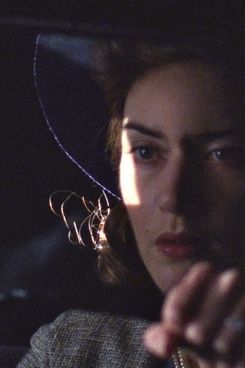 Sixty-five years after the Joan Crawford film version of the James M. Cain novel Mildred Pierce, Todd Haynes has made what he considers a more faithful adaptation of the melodramatic novel. To do so, he made it as an HBO mini-series, giving him five-and-a-half hours to tell the story (the first two parts air Sunday). A mini-series allows a filmmaker to do justice to a novel’s textures, details, and layers that often have to be stripped out in a two-hour feature. Which made us wonder: What other great books that have previously had truncated big-screen adaptations would be better remade this way? Some ground rules: This list only includes books that have already been made into movies, exempting some works that would make a hell of a marathon, like The Confederacy of Dunces and Don DeLillo’s Underworld. It also doesn’t include films that had crappy movie adaptations, but which still could decently be done in two hours, like Red Badge of Courage, famously butchered by John Huston.

Seven Other Book Adaptations That Should Be Remade As Mini-series

good one podcast 2 mins ago
Hannibal Buress Grows Up and Out  The stand-up joins this week’s Good One to discuss his most recent comedy special.
By Jesse David Fox
snubs 7 mins ago
The Weeknd Received Zero Grammy Nominations A complete and total snub.
grammys 2021 1:31 p.m.
Beyoncé Leads the 2021 Grammy Nominations Plus Taylor, Fiona, and many more of your favorites.
movie review 12:54 p.m.
The Croods 2 Isn’t Nearly As Fun As Just Repeatedly Saying ‘The Croods’ Out Loud Party on, Croods!
By Bilge Ebiri
appalachia 12:50 p.m.
What to Read, Watch, and Listen to Instead of Hillbilly Elegy If you’re curious about the Appalachian region, there’s a world of books and films beyond the Netflix movie.
By Sarah Jones
close reads 12:50 p.m.
What the Hell Is Happening With Masks on Network TV? This is what the middle ground of COVID-19 storytelling looks like, and it’s both unsatisfying and distracting.
welcome to stars hollow 12:42 p.m.
Lauren Graham and Scott Patterson Had to Quit Smoking to Do Gilmore Girls Lines “She needed her wind, and I needed my wind.”
sobriety 11:20 a.m.
Miley Cyrus Says She ‘Fell Off’ Sobriety During Pandemic And told Billy Idol something risqué when she was drinking.
returns 11:00 a.m.
Search Party Sets Off From HBO Max in January 2021 The gang’s all here. Except Dory, someone really should start looking for her.
grammys 2021 10:59 a.m.
Trevor Noah to Host 2021 Grammy Awards, Somewhere, Somehow Wherever they may be.
table reads 10:10 a.m.
Pete Davidson to Lead It’s a Wonderful Life Table Read Also featuring Mia Farrow, Michael Shannon, and Richard Kind.
and the mirrorball goes to... 9:45 a.m.
Dancing With the Stars Gives Its Final Rose to Kaitlyn Bristowe She’s the second Bachelorette in a row to win.
trailer mix 9:25 a.m.
Taylor Swift to Drop folklore Concert Film Tonight Now That It’s Cardigan Season Featuring Aaron Dessner, Jack Antonoff, and Justin Vernon.
the real housewives 8:30 a.m.
Every First Real Housewives Episode, Ranked From OC to SLC, let’s determine how well each city introduced its inaugural Housewives, its soon-to-be-iconic side characters, and its central feuds.
zoom goofs 1:49 a.m.
Director From Lukas Gage Viral Audition Video Offers Apology “While I can’t put the proverbial toothpaste back in the tube, I move forward from this incident a more empathetic man.”
overnights Yesterday at 11:00 p.m.
Below Deck Recap: Sleepwalking It’s the crew’s first beach picnic, and everyone’s setting themselves up for disappointment.
tv adaptations Yesterday at 10:58 p.m.
Finding Forrester TV Show Hoping to Discover Who’s the Man Now, Dog NBC is working on an adaptation of the 2000 Gus Van Sant drama.
i hear wedding bells Yesterday at 10:40 p.m.
Tiffany Pollard Announces Engagement on I Love New York Reunion HBIC: Head Bride in Charge.
overnights Yesterday at 10:00 p.m.
His Dark Materials Recap: Negative Capability There’s a good chance Mrs. Coulter may have committed some light blackmail.
tv Yesterday at 9:37 p.m.
Gabrielle Union and Jemele Hill Are Working on Their New Money The comedy series is currently in development at Showtime.
More Stories