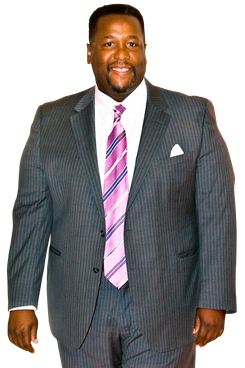 Treme is a “great DVD binge,” says actor Wendell Pierce, who plays an irascible trombone player in season one (out on DVD today) and a slightly more responsible trombone player in season two (premiering on HBO on April 24). Vulture spoke with Pierce about what’s next for the New Orleans drama; what it’s like to work with a huge cast, but never actually work with them; and how he wound up with a role in Breaking Dawn.

In the first season, your character, Antoine, ended just as he began: broke. What happens to him in the second season?
He’s trying to stretch out and be an entrepreneur, become a band leader, and he’s trying to do something with his family and improve their lot in life. He also tries to get his girl Desiree back to New Orleans.

Season two picks up in 2006. What was happening in the city during that time?
There’s the realization that we are in it for the long haul. The immediacy of the disaster has moved on. The attention of the media has moved on. And you are left with the one place, your city, your home — the only place you know, for a lot of people — devastated. People came to the realization, Wow, this is going to be a long journey and it’s going to require every fiber of my being to make sure that I get back and made whole. You have to become proactive about what’s happening to you. Get ready to work hard.

New Orleans is a city that’s segregated but seems culturally integrated in a way that other cities in America are not.
When you go and see an August Wilson play, you don’t have to be African-American and from the twentieth century to really appreciate it. People understand loss and love. You could go see a wonderful Noh play or Kabuki play and you’ll understand the pain and suffering that the Japanese people are going through right now. You don’t need to speak Japanese. You’ll understand that human thread. That’s what culture does, and that’s what we’re tapping into in New Orleans.

In terms of the band, what musicians were you excited to play with?
This season, man, there are so many. We’ve worked with 270 musicians. I just recently finished doing a set with Al Johnson. He’s a fifties R&B singer from New Orleans who did a classic Mardi Gras tune, “Carnival Time.” When you hear the song, you know it is “Carnival Time.” Everybody can sing it. What “Jingle Bells” is to Christmas, “Carnival Time” is to Mardi Gras.

David Simon, whom you worked with on The Wire, wrote the role of Antoine specifically for you. How does that knowledge affect your performance?
First of all, it’s the greatest honor a writer can bestow on an actor. When David said that he was writing the role for me, I was humbled. A great sense of responsibility was placed on my shoulders. Being one of the few New Orleanians in the cast and knowing so many musicians and people affected by the disaster — I had a real heavy sense of responsibility to get it right. After the first season and the response to it from musicians and my neighbors, my friends, my family, I can now enjoy the journey a lot more. I’m going around town and pulling out the ax.

Treme is much different than the big ensemble performances on The Wire because the story lines are so separate.
That’s the frustrating thing about it. The cast saw each other for Mardi Gras and we were like, “Man, I miss you! I work all alone.” We’re working in silos.

How is that experience?
That’s been depressing. I’m such a big fan of all the other actors in the show and so I meet them like a fan: “Man, how you doing? I really like this scene you did.” It’s one of those things where you can’t wait for the day to do something together. It whets the appetite. It’s strange and different that way, that we’re all kind of in our silos. But when we get together, we connect real fast and we party hard.

You’re in The Twilight Saga: Breaking Dawn later this year. What draws you to teen heartthrob vampire movies?
I never thought I’d get to the point where I’d be one of those actors who says, “I did this for my kids,” but I really did. I have some teenage nieces and a nephew, and they never get to see anything I do. “Yeah, you did The Wire, and I see you in Treme”; and, “Yeah, you guys won the Peabody, that’s nice and that’s cool.” When they found out I was in Twilight, oh my God. “Uncle Wendell’s in Twilight!”

What’s your role?
I am actually a human. I’m not a werewolf; I’m not a vampire. I’m a human.

protests 3:30 p.m.
Everything We Know About the Netflix Employee Walkout “This isn’t cancel culture but an avoidance of accountability,” an organizer said at the event.
bird comedy 3:19 p.m.
Rhys Darby Just Made the Weirdest Trailer for a Comedy Special You’ll Ever See CAW!
the law 3:14 p.m.
Dr. Dre’s Messy Divorce Followed Him to His Grandma’s Grave Messy, messy, messy.
my single is dropping 3:00 p.m.
Lana Del Rey Paints Banisters Blue in Her ‘Blue Banisters’ Video Stay for her riding a John Deere tractor.
allegations 2:53 p.m.
Ruby Rose Alleges Dangerous Conditions, Injuries, ‘Bullying’ on Batwoman Set Warner Bros. TV calls Rose’s allegations “revisionist history” in a new statement.
album review 2:41 p.m.
Young Thug’s Punk Rebirth Isn’t Quite That Neither was Lil Wayne’s.
By Craig Jenkins
vulture lists 2:14 p.m.
8 Travel-Horror Movies That Will Make You Want to Stay Home Maybe cancel that leaf-peeping trip.
podcasts 2:07 p.m.
Only Murders in the Building and Twee-Crime Podcasting The Hulu comedy presents a fascinating vision of true crime. It’s also vaguely distressing.
profile 12:30 p.m.
Writing Through the Moment The Kings are known for making TV that captures the Zeitgeist. It’s a high-wire act that’s gotten trickier post-Trump.
By Angelica Jade Bastién
my supergroup is dropping 11:22 a.m.
Snoop Dogg, Ice Cube, E-40, Too $hort Launch Mount Westmore Supergroup Right into space on their debut single, “Big Subwoofer.”
fact vs fiction 11:19 a.m.
Fact-checking Impeachment’s ‘Assassination of Monica Lewinsky’ An expert analysis of the dramatic license the show takes in the Clinton deposition and behind-the-scenes drama over securing immunity for Lewinsky.
bachelor nation 10:49 a.m.
The Bachelorette Has Its WikiLeaks Moment A contestant got swiftly eliminated after his “playbook” was exposed.
the law 10:15 a.m.
Nicki Minaj Claims Her Silence Around Harassment Suit Was an ‘Innocent’ Mistake Minaj’s husband is also being sued.
overnights 10:12 a.m.
The Bachelorette Season-Premiere Recap: Love Notes When your lead tells you to be authentic, vulnerable, and open, dammit, you better be authentic, vulnerable, and open!
obituary 1:50 a.m.
Christopher Ayres, Voice of Frieza in Dragon Ball Series, Dead at 56 Ayres has been credited over 200 times during his voice-acting career.
overnights Yesterday at 11:20 p.m.
Impeachment: American Crime Story Recap: A TV Show of a TV Show “That woman.” Perhaps the two most famous words Bill ever uttered.
overnights Yesterday at 11:00 p.m.
Queens Series-Premiere Recap: The Band Is Back Together ABC’s show about a female hip-hop group from the ’90s is the musical drama we didn’t realize we needed.
girl boss Yesterday at 10:45 p.m.
Uma Thurman Cast As a Girl Boss in Showtime’s Super Pumped Gaslight, gate-keep, call an Uber.
overnights Yesterday at 10:30 p.m.
Vanderpump Rules Recap: Breakdown at Tiffany Raquel’s family history is the new Katie Maloney falling through a skylight during a photo shoot — we must know everything.
penn b Yesterday at 9:37 p.m.
Cardi B And Penn Badgley Fangirl Over Each Other On Twitter Cardi B and Penny B collab coming soon!
More Stories