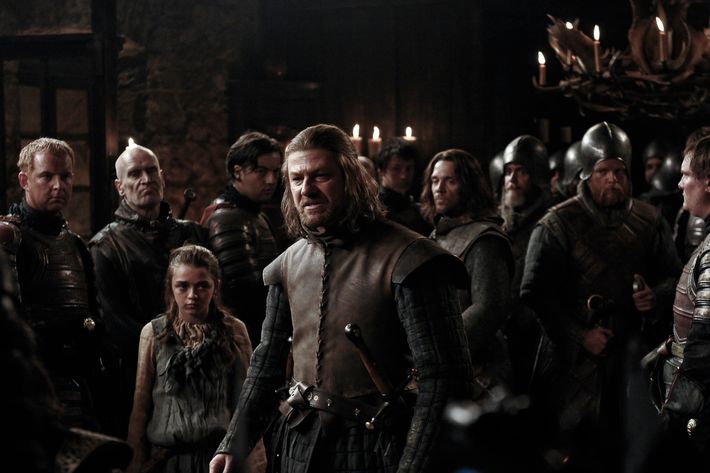 (Spoiler warning: This post is for those who have already read the Song of Ice and Fire books and know how the plot unfolds. If you are coming to the HBO series fresh, read this post for newbies to avoid revealing details.)

Swords, sex, intrigue, and maybe even dragons: These are the things that Game of Thrones is made of, and it’s not hard to imagine how it could make for brilliant television. But the very thing that made fans love George R.R. Martin’s Song of Ice and Fire books — a ruthless narrative structure that takes the reader deep into the minds of the many complicated characters and their interlocking motives — is fiendishly tricky to translate to the small screen.

It’s not just the difficulty of getting to know a character via their words and actions, rather than their innermost thoughts — that’s something thousands of adapted screenplays have had to struggle with. (The movie adaptation of Dune, a similarly beloved series full of complex inner monologues, was ruined in part by its cheesy voice-over solution.)

The real sticking point is that Martin is wickedly good at inserting you into a character’s head. You live there for a few hundred pages, getting settled, secure, and invested in the worldview and mental cadences of Tyrion Lannister, Arya Stark, or Jon Snow. Then Miller abruptly yanks you out and you’re in the mind of another character many leagues away, and you won’t be back for hundreds of pages. Inside the new character, you feel like one of the puppeteers in Being John Malkovich, discombobulated in your unfamiliar host. You eventually relax and learn to love the new narrator, and then WHAM — the chapter’s over, and you’re rudely transported once again.

(David Mitchell’s Cloud Atlas pulls a similar narrative trick, and it will be interesting to see how the Wachowski brothers tackle the problem in their forthcoming adaptation.)

This approach is a major part of what makes the Song of Ice and Fire books so novel, and it’s that very structure that is so difficult to transfer to a TV screen. Shifts between many protagonists are ubiquitous in series television. Barring the occasional one-doctor-focused episode of ER, most TV series can’t afford to spend a huge amount of time with one character. And HBO’s adaptation of Game of Thrones, with as big a cast of characters as any show has ever had, follows suit: There are countless abrupt cuts that transport the viewer between characters and cities and continents. In contrast to the books, they feel less like a new chapter and more like a frenetic music video. Rather than settling in to get to know a new world and a point of view for a while, we know that it might be only minutes before we’re yanked away again. As a result, it’s much more difficult to fully empathize with the characters; we’re often tourists, not participants, in the Game of Thrones.

This is partly because the creators of the series are performing heroic feats of distillation and editing to get the essence of the book onto the screen, keep the plot moving, and unload mass quantities of backstory and exposition. And the jumpy dislocation does ease up after the first few episodes, as we settle into some meatier story lines at the Wall, among the Dothraki, and in King’s Landing.

But the stakes go beyond narrative jet lag. In the book, they are raised even higher two thirds through when [reiterated spoiler alert!] Ned Stark, narrator and purported protagonist, loses his head in King’s Landing. It’s a world re-arranger, the stuff that Lost season finales were made of, which makes you realize not just that the plot has taken a hairpin turn, but the assumptions you made about the story were woefully misconceived. Narrators aren’t safe. The apparent protagonist was actually a bit player, with much of the tale yet untold. As a storytelling device, it’s pure crack cocaine: Not only is Martin’s world more surprising than we had imagined, it’s more surprising than we were even capable of imagining.

It’s clear that much time, money, and thought has been spent on casting and writing and production for the TV series, and writers David Benioff and D.B. Weiss are clearly determined to respect Martin’s plot. And it works: For anyone who has imagined these books in their mind’s eye, it is thrilling to see them brought to life. The show stands on its own as a compelling story that shows signs of potential greatness. But just by nature of the medium, can they ever hope to capture the same kind of narrative wallop that the books possess in such abundance? There are signs of hope: Violent shows like The Sopranos have pulled off shocking deaths of beloved characters that the audience thought were safe, like Adriana La Serva. But other examples are few and far between. And it will only get more difficult as the series progresses, and the story itself — which seemingly began as Starks versus Lannisters, good versus evil — spins wildly and brilliantly out of control. As readers of the books know, there are even more startling deaths ahead. Will viewers of the HBO series grieve them as fiercely?

Game of Thrones for Experts: Can TV Possibly Mimic the Books’ Unique Structure?