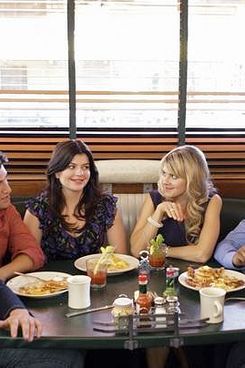 Happy Endings premieres tonight (ABC, 9:30), and it’s the fifth Friends-esque romance-oriented comedy to debut this season. (NBC is still sitting on Love Bites and Friends with Benefits, though, so it may well hit lucky number seven before the fall.) Happy is the liveliest of the bunch — though compared to the already-canceled Perfect Couples, that’s not saying much — and it’s the only one attempting any kind of edginess. Still, these shows all have an awful lot in common, which becomes clear in our handy breakdown chart.

Happy Endings: Wait, Which Friends Clone Is That Again?