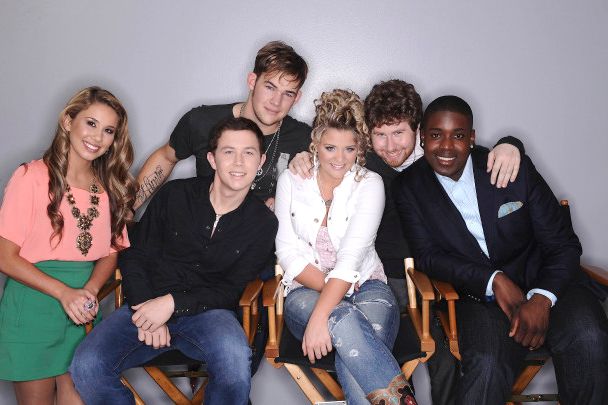 An American Idol victory can inspire a whole host of emotions: Sometimes, you’re thrilled that the right person won (Kelly Clarkson, Fantasia); other times, you’re simply indifferent (Jordin Sparks); and once in a while, you struggle to even remember the winner’s name (we’re certain that a Lee Something won Idol at some point … help us out here?). But how will we feel when one of Idol’s six current contestants takes the prize, and can any of them inspire us to actual anger? Vulture’s taken the time to chart out the complex range of emotions you’ll feel if each contestant wins, from beginning to end.

Haley Reinhart
1. secret pleasure because despite Haley’s shaky start, she’s matured into the show’s most interesting female vocalist
2. embarrassment that you rooted at all for someone who decided to sing the Alicia Keys standard “Fallin’” on this show for roughly the 8,420,000th time
FINAL VERDICT: Approval

James Durbin
1. slight stirrings of protest that the straight version of Adam Lambert won when the gay version couldn’t
2. mild concern for what success will do to his fluctuating waistline
3. acknowledgment that he does actually have a terrific voice
FINAL VERDICT: Acceptance

Lauren Alaina
1. relief that a girl has won
2. mild irritation at being forced to recall who exactly the forgettable Lauren Alaina is
3. self-congratulation for saying “Her?” then realizing that you made an unwitting Arrested Development reference
FINAL VERDICT: Indifference

Casey Abrams
1. preliminary approval simply because he is the most atypical of the Idols and thus his victory proves something, somehow
2. grudging acknowledgment that Casey’s outré song choices would have been better if he actually hit all of the notes
3. guilt that we have created another Taylor Hicks
4. anger at Casey for never getting that damn beard under control
FINAL VERDICT: Uneasiness

Jacob Lusk
1. subversive satisfaction that Idol voters elected the flamboyant gospel contestant
2. shame at being forced to look ourselves in the mirror
3. fear that his victory will encourage others to take Randy’s advice and oversing to victory
4. terror at what that would mean for the two dozen singing competitions we’ll be forced to sit through next year
FINAL VERDICT: Agitation

Scotty McCreery
1. grudging acceptance of the fact that you saw this coming ever since Nigel Lythgoe sent a pack of teen girls onstage to swarm Scotty like he was Ricky Nelson attending a sock hop
2. irritation at Scotty’s “country exemption note” to most theme nights, signed by his parents, his doctor, and Carrie Underwood
3. anger at the strong voting bloc that is the south
4. horror at the realization that in two or three years, Scotty will most certainly be asked to play some event in Texas that George W. Bush will be honored at, and they will get their picture taken together, and you will hate that picture when TMZ runs it
5. fear that maybe Scotty actually is George W. Bush, but a time-traveling, younger version, and maybe when they meet at that event the world will end (or they will pass out like in Back to the Future II, which is probably the preferable option)
6. rage at that face!
FINAL VERDICT: Animosity