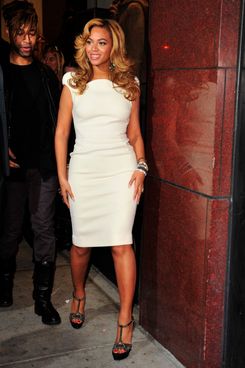 Software developer Gate Five is suing Beyoncé Knowles for pulling out of a deal to create a motion-sensing dance video game, seeking more than $100 million for “a bad faith breach of contract so callous that, on what appeared to be a whim, she destroyed Gate Five’s business and drove 70 people into unemployment, the week before Christmas.” The game, titled Starpower: Beyoncé, was a motion-sensing game that would have allowed players to dance along with hits like “Single Ladies (Put a Ring on It).”

The lawsuit, which refers to Jay-Z’s wife as “Ms. Carter,” said she “made an extortionate demand for entirely new compensation terms she wanted. When her maneuver backfired and drove away the financier (who found Ms. Carter too erratic to do business with), she pulled out of the project in breach of the agreement.”

“In early December everything was still a go. And then the week of Christmas, she said that’s it, I don’t want to hear from you guys, go away, resulting in 70 people losing their jobs,” said Gate Five founder Greg Easley in an interview. “We’d much rather make a game than litigate. But we want to recover damages that Gate Five suffered.”

The summons also claims that Beyoncé’s actions were “so unscrupulous that her then manager (who is also her father) renounced them.” The singer severed all business ties with her father, Mathew Knowles, last month. A representative for Beyoncé was not immediately available for comment.