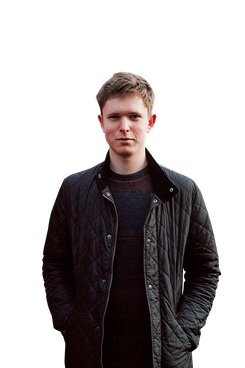 In the last few months of 2010, the 21-year-old British electronic musician James Blake enjoyed a meteoric blog-hype rise, going from anonymity to Pitchfork-induced Internet ubiquity. Then, in February, he released his official self-titled debut, and Vulture’s Nitsuh Abebe (along with a lot of other people) had some fun things to say about it. Like: “This is a record with very few sounds per square inch, and most of what’s there is slow, lonesome, and rimed with digital rust. If there’s anything from the world of electronic music that Blake’s holding to, it’s the idea that a song can be a physical event — a sonic process, like watching a flower bloom or a volcano erupt — and not just a person performing.” Sounds pretty good, right?! Last week, while he was in the midst of an extensive transatlantic tour, Vulture gave Blake a call.

Some of the songs on the album sound like you’re speaking to yourself, like you’re purposefully trying to forget that people are listening.
Um, yeah. For a lot of the album, I’m forgetting the audience. The strongest moments are when I’m not really thinking of anybody else, really. Very often, the things that I think are the strongest songs I make are when I have nothing else on my mind, but I suppose the strongest beats often come from wanting them to be played in clubs. I do think of the dance floor and what people can react to and how they will react.

On “I Never Learnt to Share,” you repeat the phrase “my brother and my sister don’t speak to me / but I don’t blame them” over and over. What’d you do to your brother and sister?!
I wanted it to be taken literally, [but] it’s kind of a strange lyric, a lyric that really means nothing because I don’t have a brother or a sister. I was at a stage of writing lyrics where I was completely unsure of why I was writing lyrics … or not “why,” but how I wanted to come across. By writing a lyric that literally meant nothing to me, I created something that I could sing over and over again without feeling like I was giving away too much. The actual lyric as a statement means nothing. But as a collection of words, it definitely does something to me.

So you kind of blew up with blog hype pretty quickly.
It didn’t feel like that at all. To me, it felt like it was actually a musical journey, not a publicity-based journey. I kind of think in the phases that I’ve gone through musically and not how many people have talked about me. I’m more thankful for the people that put music up and talked about it than I am analytical about why I am where I am. I think that [hype] has just been the side effect of … um … having a really good time.

So how do you interact with those kinds of expectations, from the blogs? Do they register in your process in any way?
An important point here is that most of those expectations are about six months late on where I am at any given moment. I’m so far ahead of whatever last blog post you read about me, in terms of, you know, a piece of music that was written a year ago. It’s kind of easy to keep ahead of it because I’m always writing and always thinking about stuff that … isn’t the Internet. Not to say that I don’t care what people think, because that would be … most people do, and I’m no exception.

Do you feel there’s a specific direction that a lot of people writing about you took that doesn’t ring true?
I mean, it’s all just interpretation of the album and there’s not really much I want to say about what people think of it. It’s nice when it’s nice. But I don’t like to think about it too much. The day I stop believing in my own direction and my own opinions of where I should go then I might as well get off.

What’s it like when you play, say, New York, where people are less familiar with dubstep and some of the other British genres you work in?
In New York, I felt like I was visiting a place that I knew very well through music, because I grew up listening to quite a lot of American artists. There were certain moments, you know, maybe vocal moments or whatever, where I sang in a certain way or sang a certain line, and I could hear the reaction and I knew why. It’s because those people grew up listening to the same music that I did. That was really quite powerful. To never have been to America before that and suddenly have a musical common ground with my audience was outstanding, really.

You remix hip-hop songs under the name Harmonimix. Are you a big fan of the genre? Or do you feel that these songs specifically pose a challenge for you?
There’s a lot of hip-hop that I love. Very often it has to do with the voice of whoever it is. My favorites are Outkast, Madlib, Quasimoto. Been getting into Odd Future recently … with them, it’s obviously not just hype. I think they create their own hype.

Yeah, it seems that they’re very skilled at managing their own hype.
Yeah, but I mean, I don’t think it’s cynical. I think they’re just quite hype people, know what I mean? It’s exciting music and it’s going to make a lot of people talk. I like that school of hip-hop. Don’t know why I like it, like, geographically, or based on where it’s from in America, but I know it’s got a lot to do with the production.

You just got me thinking about an Odd Future–James Blake remix and I think that would make the Internet blow up. I think the Internet would die if that were to occur. Anyway, conversations about you with the uninitiated in the U.S. seem to invariably include the phrase, “You mean the tennis player?”
[Laughs.]

Do you play any tennis?
I do. Um, I’m not ranked. [Laughs.] It was my favorite sport, but that was probably because I wasn’t very good at football. I didn’t grow up to be seeded or anything.

James Blake on James Blake the Tennis Player, Odd Future, and the Hype: ‘I’m So Far Ahead of Whatever Last Blog Post You Read About Me’

last night on late night 18 mins ago
Below Deck Med’s Natasha Webb Calls Dave White’s Behavior ‘Toxic’ and ‘Messy’ Reiterating they “were never in a relationship” on WWHL.
timelines 4:03 p.m.
The Complete History of Ezra Miller’s Controversial Career From kidnapping allegations to felony charges to a new film premiering at TIFF.
tiff 2022 3:37 p.m.
TIFF, Feeling ‘White & Nerdy,’ Adds Weird: The Al Yankovic Story to Its Lineup Ezra Miller appears in the festival’s closing film, Dalíland, despite being omitted from the announcement.
trailer mix 3:07 p.m.
Triangle of Sadness Trailer Goes Overboard on the Rich Ruben Östlund’s gut-churning Palme d’Or winner stars boat captain Woody Harrelson.
deux plus 3:00 p.m.
The Latest Player in the Streaming Wars Is … Walmart? Meetings with different streamers are reportedly underway.
collabs 2:34 p.m.
Beyoncé Is the Girl to Make Ronald Isley & the Isley Brothers Say It Again “Make Me Say It Again, Girl” is out August 12.
trailer mix 2:16 p.m.
Take Your Shoes Off Before Watching the Trailer for Mo The Netflix series, created by and starring comedian Mo Amer, premieres August 24.
chat room 2:12 p.m.
Julia Lester Journeys to Theater Camp and Into the Woods As High School Musical: The Musical: The Series’ Ashlyn seeks her starring moment, the actress who plays her makes her own Broadway debut.
wild at heart 2:06 p.m.
A Little Help From Their Friends Backstage with Sharon Van Etten, Angel Olsen, and Julien Baker on the must-see indie tour of the year.
By Justin Curto
the wonder years 1:45 p.m.
Fred Savage Accused of ‘Erratic’ Misconduct by the Wonder Years Crew Several women open up about their experiences with the ousted director-producer.
rip 1:42 p.m.
Lamont Dozier, Motown Songwriting Legend, Dead at 81 With Holland-Dozier-Holland, he wrote hits for the Supremes and the Four Tops.
emmys 2022 12:16 p.m.
Kenan Thompson Will Kindly Host the 2022 Emmy Awards Even though he didn’t receive a nomination. What’s up with that, Emmy voters?
vulture 10x10 12:00 p.m.
The Confessional Puzzle 25-Across, Three Letters: One of many in Sydney Sweeney’s collection.
olivia newton-john 12:00 p.m.
John Travolta, Mia Farrow, Dionne Warwick, and More Remember Olivia Newton-John “Yours from the first moment I saw you and forever! Your Danny, your John!”
a long talk 11:39 a.m.
Wes Studi Traveled His Own Road Here On his time in Vietnam, his activism in the American Indian Movement, and his first romantic lead role in A Love Song.
By Bilge Ebiri
mann up 11:24 a.m.
Michael Mann’s First Novel, a Sequel to Heat, Is a Work of Obsession One that occasionally deploys jet-fighter metaphors in sex scenes.
By Chris Stanton
overnights 11:17 a.m.
Only Murders in the Building Recap: What Turns Up in the Dark A citywide blackout sends the Arconia into darkness while OMITB threatens to lose the plot.
overnights 11:15 a.m.
The Bachelorette Recap: Him? Excuse me, but I absolutely did not sign up for a television program whose main character is Logan.
copyright law 10:00 a.m.
Taylor Swift Says You Can’t Copy Lyrics You’ve Never Heard The “Shake It Off” singer claims she’s never heard 3LW’s “Playas Gon’ Play” in a lawsuit.
barbra's babies 9:30 a.m.
Who’s the Greatest Star? A Timeline of Casting Funny Girl. Jane Lynch is now departing even earlier.
More Stories