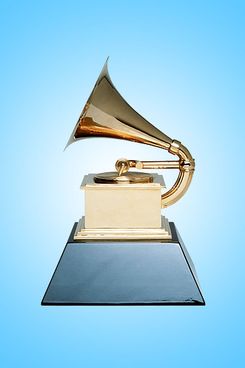 The Grammys are cutting the number of awards they give out, the Recording Academy announced today: A mere 78 awards will be given out next year, down from 109 this year — although way, way up from the 28 originally awarded at the first Grammys back in 1959. Oh, for a simpler time …

Pop stars will no longer be judged in single-sex categories; instead, there’s one big pop solo category for fellas and ladies. The pop-collaborations category will merge with the pop duos/groups category, and the instrumental track categories have been eliminated. (Instrumental pop album is still hanging on, though.) Rock soloists and rock groups will now compete in a best rock category against one another, and hard rock and metal will now be folded into one. The new format also eliminates the distinction between solo rappers and rap groups. On the R&B front, female, male, and groups are now in one big category, and there’s no more urban/alternative or contemporary categories.

But is it enough? Or will America still be saddled with a Grammy ceremony where apparently no one knows who anyone else is?

buffering 4 mins ago
HBO Max, Peacock, and the Power of Patience How the two streaming services defied early punditry.
premiere dates 23 mins ago
Queen Latifah’s The Equalizer to Kick Off on CBS After the Super Bowl Just 2021 things.
the streaming wars 2:30 p.m.
Warner Bros. to Release Dune, The Suicide Squad, All 2021 Films on HBO Max Concurrently with their theatrical release.
this week in comedy podcasts 2:18 p.m.
This Week in Comedy Podcasts: The Almighty Power Hour Rounding up our favorite comedy podcast episodes of the week.
By
easter eggs 2:12 p.m.
Your Mandalorian Season Two Crossover Guide As The Mandalorian increasingly converges with Dave Filoni’s animated series The Clone Wars and Rebels, here’s the backstory you need to know.
reality tv 1:40 p.m.
Chrishell Stause Is Dating a Dancing With the Stars Pro (Just Not Hers) The Selling Sunset star made it Instagram official with Keo Motsepe.
mank 1:19 p.m.
What to Read, Watch, and Listen to If You’re Obsessed With Mank on Netflix There’s a whole lot of Hollywood history to be consumed.
By Nick Allen
honey no! 12:35 p.m.
All of the Terrible Decisions Kaley Cuoco Makes in The Flight Attendant Cassie, what are you doing!??
twitter 12:27 p.m.
Leslie Jones Drops 100 F-Bombs While Hatewatching the News Why watch the news when you can watch Leslie Jones watching the news?
the industry 11:09 a.m.
MSNBC Taps Two New Anchors to Replace Joy Reid on Weekends Tiffany Cross and Jonathan Capehart are stepping in.
trailer mix 10:53 a.m.
Ralph Fiennes Will Excavate Your Heart in The Dig Trailer Add “archaeologist period drama” to the list.
ready! set! interview! 10:52 a.m.
Great British Baking Show’s Laura Adlington on Competing in a ‘Lovely’ Bubble “The production tried their best to keep us apart, but we were a close and friendly bunch.”
the law 10:30 a.m.
Casanova Charged With Racketeering Conspiracy in Gang Indictment He has now surrendered and faces three counts.
a long talk 10:17 a.m.
Raps’ Renaissance Man Juicy J nearly retired after Three 6 Mafia’s Oscar win. Now he’s unstoppable.
By Gary Suarez
fact check 10:10 a.m.
Everything You Need to Know About Old Hollywood to Understand Mank Read this — the ABCs of Citizen Kane–era show business — before you hit play on Netflix.
By Christina Newland
overnights 9:55 a.m.
Star Trek: Discovery Recap: Observers, Manifest! A perfectly fine episode is studded with some shining mini-moments.
movie review 9:30 a.m.
Frances McDormand Has Gone To Look For America In Nomadland Director Chloé Zhao examines the idea of wide-open frontiers without nostalgia or the need to pathologize.
By Alison Willmore
tv review 8:30 a.m.
Big Mouth Is Still Going Through Changes Both the series and its eighth-grade protagonists display a growing sense of self-awareness in a season that aims to hold itself to higher standards.
livestreams 1:09 a.m.
Blackpink Will Follow Up The Album With YouTube Livestream Concert, The Show First came The Album. Now comes The Show (virtually speaking, of course).
vocalistas Yesterday at 11:37 p.m.
Jazmine Sullivan to Riff the House Down in New Project Heaux Tales The new project will feature her recently released songs “Lost Ones” and “Pick Up Your Feelings.”
More Stories