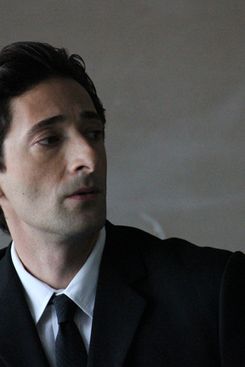 This year’s Tribeca Film Festival begins on April 20, and by the time it ends on May 1, 93 feature films will have screened. To figure out what to see with that many films available, you need professional guidance: That’s why Vulture’s critics and writers watched as many of the films as we could before the fest — about two thirds of the offerings — to pick our top recommendations. (We also included a few that weren’t made available for previewing, but that we’re still anxious to see, bringing us to a list of 25.) We found that while some of the more celebrity-heavy films don’t deliver, many others do — particularly in the very strong documentary lineup. Our picks range from a terrific documentary on school bullying (The Bully Project) to a Sam Shepard Western (Blackthorn) and a tense lesbian drama about Swedish friends on an equestrian acrobatics team (She Monkeys). Read on, and buy your tickets accordingly!

Alex Gibney is the doc king of Sundance: His film Taxi to the Dark Side premiered at Tribeca and went on to score an Oscar. Last year, he premiered four films: Casino Jack and the United States of Money, My Trip to Al Qaeda, a slice of Freakonomics, and his excellent Elliot Spitzer documentary, Client 9. This year, he arrives with a tale (which hasn’t screened for critics) of scapegoats and curses, as he explores the life of Steve Bartman, the Cubs fan whose life was upended when he fatefully (and tragically) interfered with a foul ball during the 2003 National League Championship, and was vilified by Cubs fans all over the globe. —L.H.
Turns out Butch Cassidy wasn’t killed after all and is hiding out in the Bolivian mountains, dreaming of home. Mateo Gil’s heartrending Western stars Sam Shepard in one of his finest performances as the grizzled, reflective outlaw, with Eduardo Noriega exuding snakelike charm as his young, crooked friend. —B.E.
Tony Kaye, the provocative director of American History X and Lake of Fire, casts Adrien Brody as an indifferent substitute teacher who flits from one school to another before finally settling into a rough school that changes him. The film, which hasn’t screened for critics, also features Christina Hendricks, Marcia Gay Harden, and Betty Kaye. —L.H.
The great Italian actor Toni Servillo (Il Divo, Gomorrah) gives one of his expertly restrained performances in this gripping slow-burn drama about an ex-gangster whose new life in Germany is disrupted when his past catches up with him. Director Claudio Cupellini builds the tension masterfully. —B.E.
More probing than 2002’s Spellbound, Greg Barker’s documentary looks at young Muslims who have memorized all 600 pages of the Koran for a recitation contest in Cairo. There are stressful competition sequences galore, but visits to the kids’ diverse homelands are just as compelling, and even more revealing. —M.S.
Discomfiting depictions of carnal female lust are deeply woven into Lisa Aschan’s bold, beautifully shot Swedish drama, which focuses on the escalating tension between two friends on an equestrian acrobatics team. But the real highlight is the protagonist’s hypersexualized 8-year-old sister, played with unusual verve and complexity by newcomer Isabella Lindquist. —M.S.
There’s no denying the overheated, Slumdog Millionaire sweep of Gemma Atwal’s twisty, tabloid-ready HBO documentary. The film recounts the drama of Budhia Singh, a slum kid from eastern India who, at the age of 3, is encouraged by a mentor to run six half-marathons. By age 6, the child hero is running 42 miles, when – yanked between mentor, mother, and government – he becomes a lightning rod for controversy that culminates in a murder. —L.H.
As a director, Edward Burns’s last few films (The Groomsmen, Purple Violets, Nice Guy Johnny) have not been very well received — so it was a surprise when Tribeca picked his latest film, Newlyweds, as its closing-night selection. The ultra-low-budget film, which has not screened yet for critics, was shot in the fest’s neighborhood and stars Burns and Caitlin Fitzgerald as lovers easing into the early days of marriage. —L.H.

25 Films to See at the Tribeca Film Festival