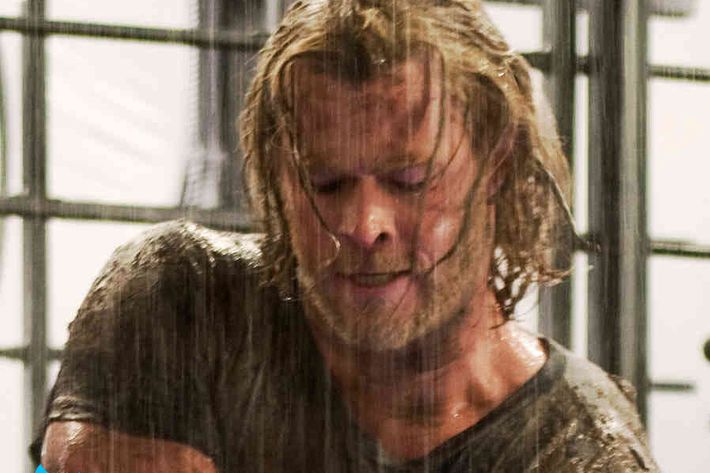 When Thor arrives in theaters on Friday, it will kick off a movie season that is unusually strong in biceps. As played by Chris Hemsworth, a six-foot-four Australian, Thor looks like he’s got a cord of wood, an enormous hock of ham, or a spacious living space for an entire community of Smurfs as arms. (A fact to strike envy in steroidal hearts everywhere: The Hemsworth you see onscreen is actually the “leaner, meaner” version of Thor. At one point, Thor director Kenneth Branagh had to tell him to stop bulking up.) And Hemsworth will be followed by a wave of super-jacked leading men: Captain America, Green Lantern, Crazy, Stupid, Love, Friends With Benefits, and Conan the Barbarian are just some of the movies marketing the buff bodies of their stars (Chris Evans, Ryan Reynolds, Ryan Gosling, Justin Timberlake, and Jason Momoa, respectively). But just how big are they, and who is biggest? This is the kind of scientific challenge that Vulture thrives on, so we set out to rank them by bicep size. Our methodology? We found pictures or screen grabs of the stars that best highlighted their arms, then found other items in the frames that had known, constant sizes (sharpies, stroller wheels, dog tags, Thor’s hammer). Using them as points of proportional reference, we were able to calculate the diameter of the biceps (not their circumference) at their plumpest points. Behold, the biceps of summer, in ascending size order.