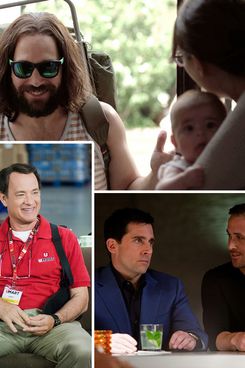 We all know the F, Marry, Kill game, in which one is presented with three fantasy (or nightmare) hookups — celebrities or acquaintances — and forced to assign them, one apiece, to the titular categories, based on what you’d do to them. Gracious! Such a crass and objectifying pastime! But not if you do it to movies! So Vulture has applied the party game to this summer’s batch of blockbusters, docs, and dramas: We’ve divided up 57 of the most hyped or anticipated films of the season into micro-genres of three films each, and forced ourselves to put one in each category, metaphorically. Which would we fuck? (As in, we’ll go see it having been dazzled by the flashy marketing, even if we know we’ll slink out of it afterward, ashamed of ourselves, and will never speak of it again.) Which would we marry? (We’re unapologetically looking forward to it, and are convinced we’ll be happy rewatching it for years to come.) And which would we kill? (We’d rather sit at home by ourselves than go near it.) Check out our tough choices, and let us know if you agree.