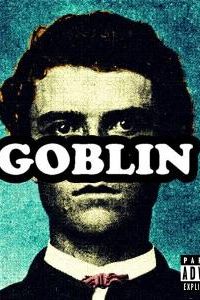 So the inevitable climactic moment of every hype cycle is here for Odd Future: the proper debut, the point in time when passive bystanders sample the goods and decide whether they want to hop on the bandwagon. And after the first listen to this thing — which, by the way, counting the bonus tracks, clocks in at an ambitious 82 minutes — it seems that bandwagon might get a little cramped.

Tyler sticks to the script, mostly, but with a twist. Right off the bat, on the opening and title track, he breaks character: “Okay, you guys caught me. I’m not a fucking rapist, or a serial killer. I lied. I try too hard, huh?” It feels disappointing at first — a 20-year-old kid finally spooked by all the weird shit he was saying in public — until you realize it’s the smart move for the long run. Tyler keeps saying he doesn’t make horrorcore, and, here, it finally makes sense why: that kind of thing is predicated on increasingly greater shock value, and dude is more interested in just talking about whatever happens to be flitting through his brain.

On Goblin, sometimes, yes, that means dinosaur sex; more often, it means rapping about — like Drake and Kanye immediately before him — how it’s kind of weird being successful. He talks about not having anything to spend his money on. He sounds upset about his kickflip skills deteriorating ever since he got busier. He explains that he still masturbates a lot. He says he ignores e-mails from GZA and Plain Pat, and that he pretends to be the guy who played Avon Barksdale in order to get girls. He talks to himself in the second person about an article in Thrasher magazine that he feels conflicted about. He explains he used to be suicidal, but he’s not anymore, at least for right now. Here’s a representative couplet: “’Yonkers’ dropped and left their craniums mind fucked / now competition missing like that nigga my mom fucked.” At different points, he declares himself to be both Hitler and a unicorn. There are also songs about girls — just, like, about talking to them and taking them out and stuff.

Meaning: Goblin’s altogether more pleasant and more interesting than we would have guessed, and we’re psyched to go back and give it a few dozen more spins.

Leaked: Tyler, the Creator Would Like You Not to Take Him Seriously When He Tells You to Kill People

oscar futures 58 seconds ago
Welcome to the First Oscars of the Post-Slap Era Wake up. It’s awards season again.
By Nate Jones
oscar futures 59 seconds ago
The New Rules of Oscars Season As we stand on the precipice of another awards season, here are four crucial lessons to remember about the way the Academy works now.
vulture lists 1 min ago
The 35 Best Movies Over 3 Hours Long Got some extra time? Lose yourself in these cinematic spectacles.
overnights 11 mins ago
The Good Fight Recap: True Believer Diane wants Eli to fight the titular good fight — whatever it takes.
respect the classics 27 mins ago
Phil Collins and Genesis Now Have a Very Visible $300 Million Touch They sold their rights, and hope to “bring some of this music back to life.”
oscar futures 2:00 p.m.
Are You Ready for This Year’s Incredibly Messy Best Actor Race? In The Whale and The Son, two of the strongest Best Actor contenders come from films a chunk of the critical community absolutely loathed.
By Nate Jones
all in the band 1:24 p.m.
Paramore Aren’t Just Back, They’re Dating Well, Hayley Williams and Taylor York are, anyway.
into it 1:00 p.m.
Guy Branum Loves That Bros Made Room for a Happy-Sack Gay But he’s more mixed on the discourse: “You cannot change the problems of millennia of marginalization without things being a bit weird around it.”
"try everything" -shakira 12:53 p.m.
Bye, Guy Ned Fulmer, one of four Try Guys, is “working” on his marriage after his “consensual workplace” affair went viral.
overnights 12:44 p.m.
The Kardashians Recap: When It Brains, It Pours Khloe gets a brain scan (for fun!), while Kim and Kendall take Milan.
books 12:24 p.m.
The Best Sex That Less Author Andrew Sean Greer Has Ever Read “Instead of thinking, How will I describe a penis?, you think, What else is sex? What else will bring it alive to people?”
chat room 12:15 p.m.
Luke Macfarlane Listened to Las Culturistas to Prepare for Bros “Especially during the pandemic, they were like my friends that I would check in with and hear their opinions.”
coming soon 12:14 p.m.
Bones and All Trailer: Taste Freedom of the Open Road (and Fresh Corpses) Taylor Russell and Timothée Chalamet slay in the gory cannibal romance.
vulture festival 2022 12:05 p.m.
See Vulture Festival’s First Lineup Right Meow All Creatures Great and Small joins We’re Here, Sheryl Lee Ralph, Henry Winkler, and Super Troopers for an old-fashioned L.A. pool party.
vulture 10x10 12:02 p.m.
The Mosquito Puzzle 23-Across, Three Letters: M. Night Shyamalan beach movie.
it's hard out here for an ally 11:59 a.m.
Did Netflix Really Put an LGBTQ Tag on Dahmer? “Dahmer and Heartstopper is a great double feature” — Netflix, probably.
last night on late night 11:54 a.m.
Frank Sinatra Wrote Telegrams Exactly How You Think He Would “Ring-a-ding-ding!”
respect the classics 11:22 a.m.
Bruce Springsteen’s New Era Is All About Soul, Man He’s pivoting to Motown covers for his new album.
tributes 11:06 a.m.
Michelle Pfeiffer, Ice Cube, Weird Al, and More Remember Coolio Martin Lawrence, Ice Cube, and Questlove all send their love.
last night on late night 10:42 a.m.
Future Taps Into His Inner Theater Kid on Jimmy Kimmel Live! With a desk-side performance of “Love You Better.”
More Stories