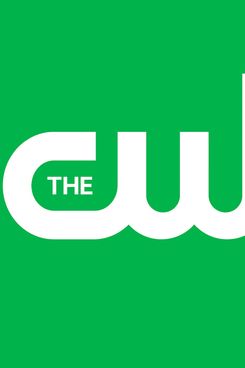 The CW just announced its new schedule, which contains four new shows; most notable among them is Sarah Michelle Gellar’s Ringer, picked up from the CBS development cycle. Joining Gossip Girl on Monday nights will be another Josh Schwartz–Stephanie Savage show, the medical Hart of Dixie, starring The OC’s Rachel Bilson. 90210 moves to Tuesday, where it will lead in to Ringer, in which Gellar plays twin sisters on the run. New reality show H8R, hosted by Mario Lopez, sets up celebrities with the people who hate them (should be nice and awkward) and will air with the all-star edition of Top Model. If Monday is Josh Schwartz night, Thursday is Kevin Williamson night: His new Secret Circle, about witches, joins his Vampire Diaries. One Tree Hill will be back, yet again, mid-season, joined by two new reality shows: Re-modeled, about a modeling agency; and The Frame, which is like Big Brother in one room.

dceu 14 mins ago
HBO Max Mistakenly Uploads Censored Version of Birds of Prey HBO Max is working to restore the original version to the streaming service.
bachelor nation 2:08 p.m.
John Hersey Denies Bachelorette Katie Thurston Cheated in Their New Relationship “The timeline seems fast and messy.”
charitable tracks 12:58 p.m.
Dionne Warwick and Chance the Rapper Release New Song for Charity The proceeds of the track will go to the charities SocialWorks and Hunger: Not Impossible.
"canceled" 3:01 a.m.
Dave Chappelle Took on Criticism From Teens at His Old High School The comedian reportedly invited discontent students to speak during a Q&A session.
stephen sondheim 2:14 a.m.
Tonight’s Performance of Company Became a Tribute to Stephen Sondheim Hours after the composer’s unexpected death, cast and audience shared grief and affection.
kimye Yesterday at 11:47 p.m.
Ye Is Praying That He and Kim Kardashian Get Back Together “All I think about every day is how I get my family back together and how I heal the pain that I’ve caused.”
overnights Yesterday at 8:20 p.m.
The Shrink Next Door Recap: A Tree Grows in the Hamptons The relationship between Marty and Ike is starting to get scary.
rip Yesterday at 8:11 p.m.
Lin-Manuel Miranda, Barbra Streisand, and More Pay Tribute to Stephen Sondheim “We love you. I love you. THANK YOU.”
overnights Yesterday at 7:37 p.m.
Selling Sunset Recap: DM Dilemma Christine is coming back to the office …
overnights Yesterday at 7:05 p.m.
The Challenge: Spies, Lies & Allies Recap: Money, Money, Money Yet again, Big T is a scapegoat.
obits Yesterday at 6:31 p.m.
Stephen Sondheim, Legendary Composer and Lyricist, Dead at 91 He was known for his work on popular musicals like Into the Woods, West Side Story, and Sweeney Todd.
first person Yesterday at 6:31 p.m.
Frank Rich on His Friendship With Stephen Sondheim A lifetime making sense of the extraordinary songwriter — as young fan; critic and “enemy”; and, by now, old friend.
By Frank Rich
tribute Yesterday at 6:29 p.m.
The Measureless Influence of Stephen Sondheim There was very little he thought a musical could not do.
overnights Yesterday at 6:27 p.m.
Gossip Girl Recap: Daddy Issues This show is too convoluted and morally perplexing to engage with a Me Too storyline.
overnights Yesterday at 5:30 p.m.
Selling Sunset Recap: It’s My Paw-Ty No one is buying Christine’s lies.
chat room Yesterday at 5:28 p.m.
House of Gucci Screenwriter Explains Why Jared Leto Keeps Saying ‘Boof!’ Screenwriter Roberto Benivegna walks us through Lady Gaga’s ad-libs, Paolo’s catchphrase, and that, uh, energetic sex scene.
now streaming Yesterday at 4:00 p.m.
What’s Leaving Netflix: December 2021 Titanic, Pan’s Labyrinth, A Cinderella Story, and more.
streamliner Yesterday at 10:00 a.m.
How to Give Netflix, Hulu, and Other Streaming Services As Gifts It’s the perfect present for anyone who’s still borrowing their parents’ passwords.
overnights Yesterday at 9:00 a.m.
The Wheel of Time Recap: A World of Worldbuilding Is Nynaeve the Dragon Reborn? Kind of seems like it.
the vulture transcript Yesterday at 9:00 a.m.
Going Back to the ’90s With the 9 Women of Yellowjackets The stars of Showtime’s new time-hopping disaster drama discuss faking a plane crash, line-reading orgasms, and the enneagram.
More Stories