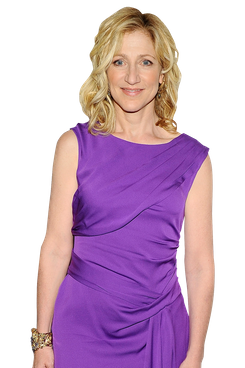 In the Broadway revival of House of Blue Leaves, Edie Falco stars as Bananas Shaughnessy, a schizophrenic Queens woman whose zookeeper husband, Artie (played by Ben Stiller), is desperate to make it as a Hollywood songwriter; in fact, he’s just a hack with a loud-mouthed mistress (Jennifer Jason Leigh) who indulges his fantasies. Falco, a four-time Emmy winner who has played mob-wife Carmela Soprano and pill-addict Nurse Jackie with equal conviction, has picked up a Tony nomination for her performance. We spoke with the actress ahead of the awards ceremony to find out what she thinks of our fame culture, how she deals with hangers-on, and the especially dark third season of Nurse Jackie.

Do you think our society’s hunger for fame has gotten out of control, like it’s worse than it was in the late sixties, when the play takes place?
I don’t really know if the hunger for it has changed, but our obsession for it seems to have changed. I’m not so good at commenting in any meaningful way about these things, but celebrities are now like our royalty, you know what I mean? Most of them haven’t really done anything to earn where they are, which is what’s so troubling. There’s an obsession with famous people who, oftentimes, are not worthy of a million people knowing who they are and what they think.

So it’s safe to say you don’t watch much reality TV.
No, not a big fan. Like, forgive me, I don’t know if you’re friends with her — but who the hell is Kim Kardashian? Like, who are these people and why are they famous and why are they advertising things and being asked their opinions about things? I just don’t understand what these people did to be in a position of having everyone ask their opinions about stuff. I mean, if there’s something about her personality or something that she’s accomplished or her philosophy on something — but beyond that I don’t understand what’s happening. It’s actually frightening.

When you were a student at SUNY Purchase, trying to be an actress, did you ever feel desperate for fame yourself?
No, not at all. There were other women I went to school with who really were aiming for this; this was kind of what they wanted. And the fact that I am the one who ended up here is actually a big, you know, the universe is getting a good laugh at it. Like every actor says, I just want to do good work. It sounds disgusting, but I think it really is true.

In the play, Ben Stiller’s character is obsessed with his famous friend, Billy; he thinks Billy can give him his big break. Are you that person to anyone now? Do people call up to say, “Can you help me?”
Yeah, pretty much everybody I ever met. That gets a little weird, you know. It’s hard because I love a lot of these people and I understand that they think that I can somehow do something to make their life better, but um, it really makes me, it makes me sad. It makes me question if they have any of the original attachment and affection they used to have for me, or if I’m suddenly just a rung on a ladder that they think they are heading towards. And people, it’s like they can’t quite help themselves. Part of this culture of celebrity right now is that the devastating, desperate hunger people have makes them blind to what they might be doing to get there. It sort of breaks my heart.

On a happier note, you’re nominated for a Tony. What are your plans for the night?
You know, I will get dressed and go. That’s my big plan. I have an ambivalent relationship with awards shows. What it means to me is that I am considered a legitimate member of this community; I’m really here and I’m really working and people are aware of my existence and the work that I do. And that is very meaningful to me. But the idea that we all sit there and you’re comparing our performances in completely different plays, you know, it is without a question, silly. But it is part of the way this business is run, so I dutifully show up to these things. But as far as personal meaningfulness, the meaningful thing is when someone recognizes me on the street and just starts blathering things about how much they love a show that I’m in or something.

When people recognize you on the street now, are they starting to associate you more with Nurse Jackie than Carmela Soprano?
Yeeeaaah. There’s been a shift in the last maybe six months or so. For a while it was all Carmela, then neck-and-neck, and lately it’s definitely more Nurse Jackie. It’s the passage of time, you know? And, also, I think in my real life, I look a little bit more like Jackie than I do Carmela. When I walked down the street when I was doing Sopranos, I really beared little resemblance to that woman because the amount of time it took to get me to look like her was pretty substantial.

There’s a Funny or Die spoof of Nurse Jackie, where Jackée Harry is a nurse addicted to cosmetics. Have you seen it?
Oh my God, I saw it just the other day! Holy shit. I laughed my head off.

The real show has gotten much darker, with Jackie lying more, scrambling for drugs. Does your job get more challenging the more she spirals out of control?
I don’t know. At the heart of the whole show is the nature of addiction, which is something that I really do understand, not just in my own experience but I’ve known and loved many addicts. And there is no judgment calls when it comes to getting what you need, there is no gradation of things you won’t do. If what stands between you and your fix is something that six months ago was untouchable, it doesn’t matter. Because most addicts wind up going beyond each and every one of those things they said they won’t do. So it mostly means to me that she’s closer to either getting over this or dying from it.

Being a recovering addict yourself, does the show ever open old wounds?
You know, I wondered about that when I started shooting it, but it’s just not the case. I’m twenty years out from my dealings with addiction, so I feel light years away from it. All impulses to behave in that way, for the most part, are gone. I am sober much longer than I ever was an addict.

Getting back to the play: It takes place in Queens, so everyone has a super-thick New York accent, which sounds different on Ben Stiller, but not on you. Were you, like, the on-set dialect coach?
[Laughs.] You would think. No, we had a dialect coach on set, but he and I didn’t cross paths a lot. He was like, “Yeah, no, you’re all right.” I was born with it, frankly. And then I went to school to get rid of it. And then I’ve been hired to do it again about 400 times, so it’s kind of funny.

You did Who Wants to Be a Millionaire with Ben years ago, but this play is really your first time working together.
We might have shaken hands back then, but, yeah, we just met for this. And he’s great. He’s really lovely and he’s worked so goddamn hard on this play. I have so much respect for the way he’s handled this. He could have just shown up and walked through this thing easily. But he took it incredibly seriously and has done such an incredible job.

Were you bummed he didn’t receive a Tony nomination?
I was bummed about everything about that. I hate to say it, but though these things don’t mean that much to me, I think they mean a lot to other people, and I feel kind of silly being the sole representative of this entire experience. But as I said, I do what I’m told.

Edie Falco on Our ‘Frightening’ Reality-TV Culture, Nurse Jackie, and Her Tony Nomination