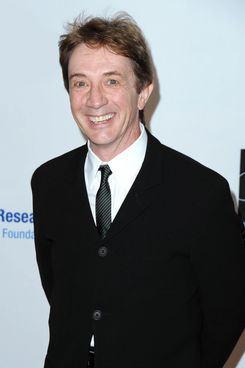 books 20 mins ago
Cecily Strong Promises You This Will All Be Over Soon With New Memoir The Saturday Night Live star’s first book is due in bookstores August 10.
overnights 9:30 p.m.
RuPaul’s Drag Race Recap: Happy RuPaulidays! It’s finally time for the first elimination of the season, but first we must endure the first acting challenge of the season.
reboots 9:25 p.m.
Fox Reboots America’s Most Wanted With New Host Elizabeth Vargas Seems like a hard ask during quarantine, but we’ll keep our eyes peeled.
books 8:04 p.m.
Details of Anthony Doerr’s Cloud Cuckoo Land Finally Reach Our Timeline The follow-up to his Pulitzer-winning All the Light We Cannot See.
casting call 7:19 p.m.
Brie Larson Whipping Up Some Lessons in Chemistry Over at Apple+ As a 1960s scientist turned cooking-show host.
hsmtmts 6:30 p.m.
High School Musical: The Musical: The Series: The Drama Sabrina Carpenter is now telling her side of the story with a surprise single, “Skin.”
movie review 6:11 p.m.
Netflix’s The White Tiger Is a Brutal, Powerful Tale of Ambition and Corruption Ramin Bahrani, one of our great directors, adapts Aravind Adiga’s international best seller.
By Bilge Ebiri
coronavirus 5:26 p.m.
Here Are All the Movies Delayed Because of the Coronavirus With updated release dates where available.
'skin' in the game 5:20 p.m.
Is Sabrina Carpenter’s New Song ‘Skin’ Her Response to ‘Drivers License’? Joshua Bassett has voiced his support for his rumored girlfriend’s new song.
now streaming 5:00 p.m.
What’s Leaving Netflix: February 2021 Easy A, GoodFellas, Saving Mr. Banks, and more.
vaccine watch 4:50 p.m.
All the Celebrities Who Have Received the COVID-19 Vaccine So wholesome.
By Gabrielle Sanchez
design hunting 4:32 p.m.
Artist Daniel Arsham Invites You to His ‘Signature Decay’ A look at his new gallery show of old-looking things.
we did it jojo 4:23 p.m.
What Could JoJo Siwa’s “Born This Way” TikTok Possibly Mean? The 17-year-old rainbow-lover officially came out as gay, confirming fans’ suspicions.
this week in late night 3:54 p.m.
Amanda Gorman Geeking Out Over James Corden Won Late Night This Week The Venn diagram of people who love Hamilton and people who love “Carpool Karaoke” is a perfect circle.
the inside track 3:47 p.m.
glaive Celebrates His Sweet 16 With a Delectable FU of a Song Alongside ericdoa “cloak n dagger” falls more comfortably into emo than hyperpop, though.
extremely online 3:42 p.m.
Soon May the Record Deal Come Viral sea-shanty singer Nathan Evans has landed a contract with Universal.
endings 3:31 p.m.
Emerald Fennell Explains Herself Her icy film Promising Young Woman set off a fascinating conversation about what we expect from rape-revenge stories.
By Angelica Jade Bastién
easter eggs 3:27 p.m.
What Are the Commercials in WandaVision Telling Us? Are we overanalyzing? Maybe. But that’s all part of the fun of the Marvel Cinematic Universe.
follow friday 2:56 p.m.
Dylan Adler Is the Premiere Kombucha Lyricist of Our Time Don’t miss this stunning performance.
tv review 2:45 p.m.
Blown Away Is a Cozy Blanket Made of Hot, Molten Glass In its second season, now on Netflix, the glassblowing-competition series offers the warmth you crave on a cold January day.
More Stories