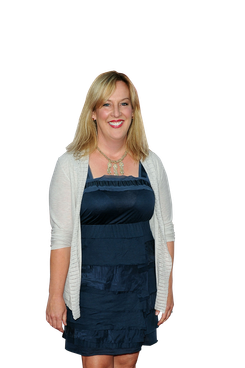 Melanie Hutsell has been mostly MIA since her early nineties stint on Saturday Night Live (where she is best remembered as Jan Brady and Tori Spelling); she pulled away from her career after her daughter, Carly, was born. So it was a pleasant surprise when she came onscreen in Bridesmaids as Kristen Wiig’s doubles partner in the tennis scene — too bad she didn’t utter a single word, not that she minds. “It is a tiny part,” Hutsell says, “but I am really grateful to be part of a good movie.” The mother of two has a surprisingly strong accent (she hails from Marysville, Tennessee, which is why she can do such a killer Paula Deen impression), and she talked to Vulture about the difficulties of a post-SNL career, and why Jane Lynch is her personal role model for the value of show-biz patience.

How did you end up in Bridesmaids?
I had a small part in an episode of [the 2009 TV series] In the Motherhood. One of the writers was Annie Mumolo, who wrote Bridesmaids with Kristen Wiig. We had a great time on the set and when I left she was like, I really want to work with you again. Cut to a year later I decided to go back to Saturday Night Live to see a show; we went to see Betty White. She was unbelievable and to watch someone her age still rock it, it made me realize, it’s a big long life. Everybody in their career has highs and lows. It made me feel inspired. I got to meet Kristen that weekend, and it was so easy to bond with her. She is one of those people who you feel you’ve known forever. Two weeks later my agent called saying if you can prove to Judd Apatow that you can play tennis, you have a role in his new film. Nancy Carell, Steve Carell’s wife, is also in the scene. We shot for two days, and Kristin and I improvised the hell out of it. All of it got cut. She was yelling at me a lot and I said stuff like “I’m sorry I’m so bad, I had a meatloaf sandwich this morning,” and “I just had my ovaries removed last week, get over it!” They said it would be in the DVD extras.

Wiig and Maya Rudolph are from an era of the show when women were more powerful, while your time there is remembered as a boy’s club.
The older group there were done with the show and ready to move on, like Kevin Nealon, Dana Carvey, Phil Hartman. By nature of where they were in their lives, they were sweet and kind and generous. Then there was the other group, Adam Sandler, David Spade, Chris Rock, Chris Farley. Those guys were fighting to get their work onto the show and were really looking to the future and wanting to lay out their plan. That frame of mind is competitive. [And] then there were the girls! Where do we fall into this picture with these two groups of guys? I loved those guys and knew they loved me, but at times I felt like I was the little sister they didn’t want around. And there was no way for me to know the powerhouses I was sitting with. No one knew what the future held and that Adam Sandler would make movies continually. I was 23 and just happy to be there.

Your castmate Ellen Cleghorne was wonderful and just disappeared.
I am in complete agreement with you. I have thought about her so much over the years; I don’t know where she is. I really don’t know and it’s sad. A huge inspiration to me is Jane Lynch, whom I’ve known for twenty years. We were in [the Chicago stage play] The Real Life Brady Bunch together; she played Mrs. Brady, and we had so much fun onstage. She came to my house after my daughter was born, and she was down and worried about her career. My mom said, “You’ve just got to hang in there and keep going.” It was one of those moments I will never forget. I swear, a few months later her career took off. So my mom and I take full credit! You get so close and want to throw in the towel and something will happen. I’m working on a pilot now called The Waffle Hut with [Bridesmaids’] Wendy McLendon and Mo Collins [from Mad TV], and we develop our own characters. And I did a video for Funny or Die I am so excited about. I play a middle-aged woman in an aerobics class, and she only does the exercises modified and everyone else has rock-hard bodies.

Did you stop working so much to raise kids or was it more forced upon you?
When I was on SNL, I wasn’t married and I wasn’t in a relationship. That was always a bummer for me; I had nobody to share it with. Dating in New York was a nightmare. By the time I moved to L.A., I was ready to settle down and find the person I wanted to spend the rest of my life with. I found him three days after moving here. A lot of women are able to pull off having a family and keeping their career. I’m not one of those people.

SNL Vet Melanie Hutsell on Her Surprise Appearance in Bridesmaids