Usually, stealing the spotlight from one another is not a problem that the Real Housewives face. There’s enough monstrosity to go around, and in fact, the women who come off best in each episode are the ones who usually manage to best avoid the glare of the cameras. But this episode a pair of rogue elements entered the scene, throwing the balance of the show on one axis: Victoria and Avery were full characters in their own right, and the women just didn’t know how to react. Ramona tried to stay on track, by behaving wildly erratic, howling about her wine, and dong the opposite of what everyone wanted. But LuAnn attempted to rein in her natural instinct to butt her nose into everything and let her daughter have the night of her life. As a result, she had to act out in other ways.

But this episode didn’t include any of the frustrating, inexplicable, and mind-bogglingly fake fights that normally populate this program, so we have to be grateful. The only one that cropped up at the end was picked by Bobby, and after four years of silence on this show, he kind of earned it. Hopefully next week we’ll find out what the hell he was talking about. In the meantime, on to who won!

At Jill’s surprise party, Kelly was the first person to make a toast about herself, apologizing way too broadly for arriving late and missing the surprise, as though everyone else missed out on her not being there. She spent more words on that than on Jill. Fast-forward to nearly the end of the episode, at the sweet sixteen party, when she reappears to say, “I mean, if [Victoria’s] not, like, gonna be a Marc Jacobs muse or working for French Vogue in like five years, then I don’t know anything.” You couldn’t have saved those superlatives for Jill? In the end, she redeemed herself by sticking up for Avery against Ramona, proving once again that Kelly identifies more clearly with children than adults. 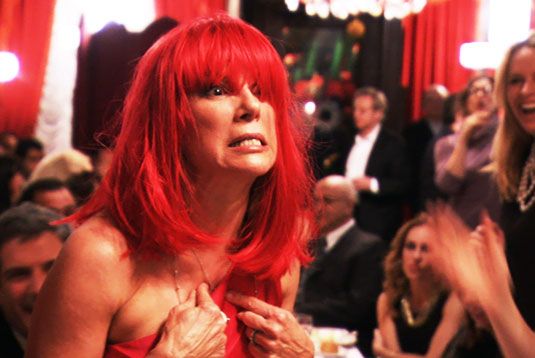 We first see Ramona when she sort of sweetly invites LuAnn to her daughter’s sweet sixteen, and then immediately ruins the moment by comparing party size and venue against LuAnn’s smaller event. Then she takes up the attention reins from Kelly and tries to make Jill’s party about herself, shrieking and trying to draw attention in a Jill wig. (Didn’t she notice everyone else at least tried to be nice?) Later, while Avery is being sort of normal about inviting everyone who is “social” at her school, Ramona’s off in the background bragging about Avery’s “elite” group of friends. You already know this is going to poorly. For every moment Ramona says, “I was so happy to see Avery so happy,” there was another moment where she started chanting “CAN YOU CHECK ON THE WINE? CHECK ON THE RAMONA PINOT GRIGIO!” She just couldn’t get a grip. (Also, if you were one of her adult friends, wouldn’t you have killed her for bringing you to that party?) 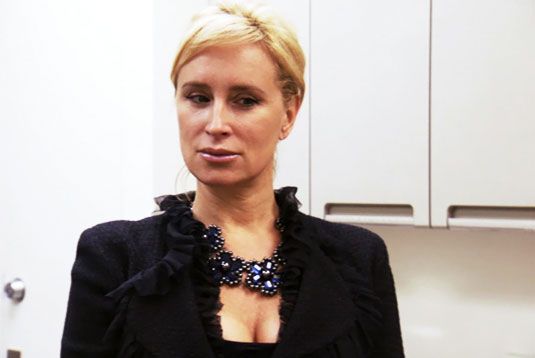 “I’m not Donald Trump filing for chapter 11,” says Sonja, proving once again that she can be dignified and sort of normal about her financial troubles in the face of her insanely nosy friends. “I’m Sonja Morgan just trying to keep my finances and house together, my daughter, pay my bills.” You had to love, though, the subtle jab she makes when Jill announces she’s about to get her injections and invites the girls to watch. Sonja just says, “Yes, let’s do that, let’s enjoy ourselves.” 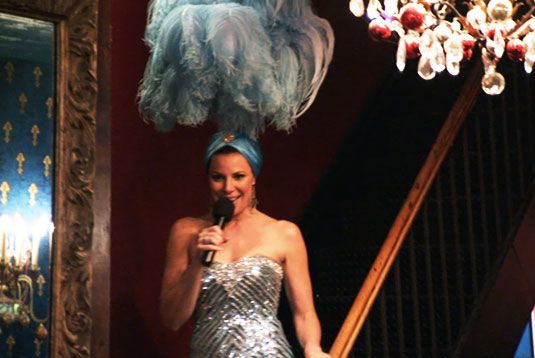 Okay, so positives first. LuAnn was very nice to plan her daughter’s party. And she was very nice to plan Jill’s party. She made it all the way through to about the halfway point through the episode when she came down the stairs at Jill’s party and Ramona called her “this woman-man,” before we began to giggle at her expense. When she started making that “I’m Samantha Jones and I want to FUCK with you” face at Jill, it was way too much. She at least tried to make her song about Jill, but it was really about LuAnn and how she thinks she’s a vamp, and it just made everyone uncomfortable. Later, she earned our respect back a little bit when she acknowledged that Victoria shouldn’t have to have her taste. “Who wants to look like their mother?” 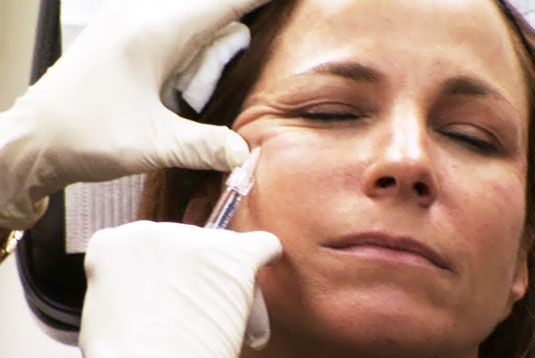 Jill really needs to lay off with the Sonja’s bankruptcy thing. Nobody wants to hear what your goddamn sister who is a lawyer has to say about your problems. Has there ever been a more revolting sentence uttered than, “Oh, my sister is a [something] and she can fix your incredibly personal [something] problem”? However, it’s to Jill’s credit that she let the cameras in for this procedure. (Although we just answered our previous question, because the question “Would you like to watch me get my hamlike face injected with long, pointy needles until it bleeds?” is definitely the most revolting.) 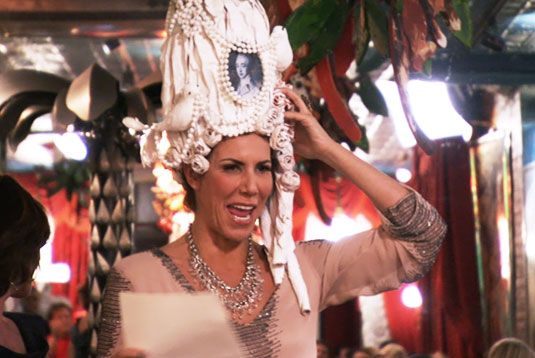 Okay, it was a little weird that Cindy was channeling Josephine Baker in her toast, but it was cute and funny and she did it with grace. (And not, thankfully, in blackface.) Then, later, she bridged the blonde/brunette gap by having Alex along for a silly, funny workout montage. 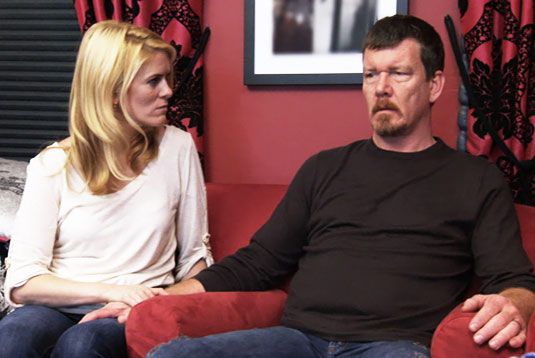 You didn’t really see it, but LuAnn and Alex greeted each other perfectly pleasantly at Jill’s party. Those are never the moments the cameras focus on, are they? Back at the house, Alex and Simon have a sort of honest discussion about his smoking, which made them both seem vulnerable. Simon was pretty weird about it, but addiction is a weird thing, and Alex dealt with it well. For that moment of genuineness, and for the fact that she moved past last week’s bizarre confrontation with LuAnn, we give Alex the win. (Anyway, the real fun in this episode was with the ancillary winners and losers, wasn’t it?)

Ancillary Winners:
Avery: She’s got a bit of her mother in her; she is a total bossy boss. Yes, it’s annoying on-camera, but she clearly got what she wanted! And she gets cute later over pizza when her friends ask her about what boys are coming. Go David Go David Go David Go!
Victoria: Okay, at first we put Victoria in the losing column, because how much does it suck that her mother is forcing her to have her sweet sixteen in New York City, two and a half hours away from all her friends?? And also, that she even considered wearing a dress that Paris Hilton wore for her birthday nine years ago is a problem. But in the end, she picked a nice dress, she looked good, she carried herself well, and was all-around sweeter and more mature than Avery. While Avery turned her nose up at performers, Victoria seemed pretty much jazzed about everything that was at the party. (And, we assume, that floppy-haired male classmate she walked in with.)
Chez Josephine: The place looked fun and great, but Jean-Claude, that jacket?
Naughty But Nice Rob Shuter: Hey, gurl!
Dirty Martini: Always a star. Murray Hill, too!
Bobby: “You’re my WIFE, you’re my LOVER, and you’re my BEST FRIEND,” he says to Jill. “And that’s all I have to say.” Hey, that’s enough — now we know they’re still having sex! You learn something new every day.
Trainer Don Saladino: YES PLEASE.

Ancillary Losers:
Anthony Coppers, LuAnn’s party planner: Honestly, dude, for your debut on a reality show the first thing you do is look at Victoria and say, “Mmm, you look like you’re more than 16”??
Dr. Pat Wexler: Yes, you’re very famous and successful. But nobody should chant, “I love doing this! It makes me so happy!!” while stabbing another person in the face. Even professionally.
That Terrible Magician: The buttons! The purple blazer! The wretched tricks while the women aren’t watching!
Simon van Kempen: Murray Hill was right, he is dressed like a lesbian.
Promises, Promises: By now everybody knows that terrible party was a better night than an evening at the show.
Reve New York: So that’s where all the medium-priced hookers shop!
That hypnotist: Okay, I’ve been hypnotized and that was not what it was like. Nobody yelled at me! Even when they were telling me that I was getting chased by giant spiders, there was no yelling!

Real Housewives of New York City Recap: I Love Stabbing You in the Face