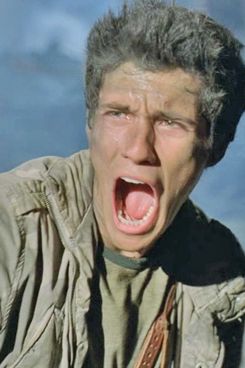 Here’s one thing we’ve learned so far from the summer of 2011: Steven Spielberg plus aliens continues to equal success. Super 8 is doing very well at the box office, and last night, the premiere of the Spielberg-produced TNT drama Falling Skies delivered the biggest audience for any cable premiere this year. Per Nielsen, just over 5.9 million folks watched Noah Wyle deal with the aftermath of an alien invasion; around 2.6 million were in the key demo of viewers under 50. By comparison, AMC’s The Walking Dead premiered to 5.3 million last fall, while USA’s Covert Affairs drew 4.9 million for its July 2010 debut. As good as the numbers for Skies are, though, they weren’t quite as big as TNT’s big summer 2010 debut: Rizzoli & Isles exploded onto the landscape with a cable record 7.6 million viewers. But RizzIsles benefited from a massive lead-in from The Closer (Skies was a self-starter), while the legal drama motif is definitely more in the TNT wheelhouse than the sci-fi background of Skies. What’s more, Sunday night was also filled with big competition from the season finales of HBO’s Game of Thrones and The Killing, along with the third-season premiere of Drop Dead Diva over on Lifetime.

HBO didn’t splurge on so-called “fast nationals” for GoT, so we won’t have numbers for its season-ender until Tuesday. AMC, meanwhile, says it’ll have numbers for the fake-out finale of The Killing sometime this afternoon; we’ll update this post when we get them. (UPDATE: 2.3 million folks watched Sunday’s The Killing, with roughly 2 million of those falling into the key demo of Viewers Throwing Things at Their TV Sets While Flipping the Bird. While up from recent episodes, which had been averaging around 1.9 million viewers, the Killing finale came in below the show’s series premiere, which averaged over 2.6 million viewers.) As for Diva, it attracted 2.9 million viewers for its premiere, down about 5 percent from last summer’s season opener (3.1 million). The show was up, however, in Lifetime’s target demos of women 18–49 and 25–54.