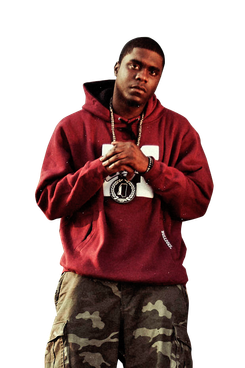 Big K.R.I.T. — a 24-year-old rapper and producer who’s proudly upholding the Southern hip-hop tradition — is on a roll. Last year’s release K.R.I.T. Wuz Here made him an MC to watch; this year’s Return Of 4Eva has cemented his reputation as one of the more promising talents in the industry (XXL agrees: They gave him a spot in their 2011 Freshman class). His official Def Jam debut is still in the works, but K.R.I.T. now has, after years of independently disseminating music free of charge, an official major label release: R4: The Prequel, an EP that collects tracks from his two acclaimed mix tapes, hit iTunes earlier this week. Vulture took a moment to chop it up with Meridian, Mississippi’s hometown hero.

The mixtapes have been widely circulated. Why release a compilation EP?
A lot of people still hadn’t heard these songs, which became apparent to me on tour. Being that I put this music out and it’s still kind of fresh technically to certain people, I definitely wanted to revamp it and put it back out for the public and see what happens. And the songs reflect where I want to go musically: soulful, still gritty, Southern hip-hop.

With ReturnOf4Eva out, why is your EP named the “prequel”? Wouldn’t “sequel” have been more appropriate?
I still plan on dropping a full project this year. This is just preparing people for what’s to come and being able to give Def Jam full confidence in the kind of music that I’m doing.

ReturnOf4Eva and K.R.I.T. Wuz Here are interchangeably categorized as “mixtapes” and “albums”. How do you differentiate the two?
The reason I can call ReturnOf4Eva and K.R.I.T. Wuz Here “albums” is because they were wholly original music. There were no other instrumentals, remixes of songs you may have heard on the radio, or DJs on any of these albums. It was just new content and that’s why I feel strongly about calling them “albums”.

Pitchfork gave ReturnOf4Eva the coveted Best New Music tag, but lauded you as a much better producer than a rapper. Does that bother you?
I try to balance it out. I want people to know that not only can I rap, but I can also produce a song for you. Words are so powerful though and certain topics and subjects need to be spoken upon; a beat can only be so jammin’.

On the regional ode “Country Shit Remix,” you collaborate with Southern notables Ludacris and Bun B, who we have to assume you looked up to growing up. What was it like working with such big names? Did you fanboy out at all?
It was definitely an overwhelming experience. Sometimes it was like “man, I’m actually in a position to work with these legends; people I look up to and listen to”. To be able to chop it up with Luda about the game is something I would have never imagined. To be able to have Bun jump on one of my records and have him come out to my show in Houston is amazing to me. It’s surreal sometimes, but I definitely try to stay grounded.

How do you feel about comparisons between you and fellow Mississippi rapper David Banner?
If anyone knows anything about Banner, they know that he is an activist and a strong person as far as music, doing right and helping the people. He made it so a person from Mississippi could look up and say, “there’s room for us”. He’s like my big brother, my big homie. He’s somebody I can call to get information from or inspirational words to keep my day going.

Not to generalize, but why are Southern rappers so darn nice?
Southern hospitality rubs off in everyday life and definitely in music. I was raised to be humble, open-minded to people’s opinions, and to respect where they’re coming from. I just try to treat people how I want to be treated.

Could you explain, to our readers from above the Mason-Dixon line, just exactly what “Country Shit” is all about.
[laughs] Aw man, it’s definitely soulful. Soulful, peaceful, a lot of wisdom. To be able to go to the South, especially where I’m from, and just meet people and talk to people who have definitely been through a lot — be it civil rights or poverty — and to see just how appreciative they are for what they have. You have to go there to see it, man. And definitely good food; soul food is amazing.

Southerners always lament that New York City doesn’t know how to prepare quality soul food. Have you been to any good soul food restaurants in the city?
Um, no, and I blame [Harlem rapper] Smoke DZA and [K.R.I.T.’s manager] Jonny Shipes for that! I blame both of them for that. I’m not really mad because I’ve had the opportunity to go to some really good sushi places and some good Italian spots.

Well, next time you come out here, Vulture will make sure to take you to someplace good!
Please do. Please do.

The Ascendant Big K.R.I.T. on His ‘Soulful, Gritty, Southern Hip-Hop’

into the shyamalan-verse 9:02 p.m.
Knock at the Cabin Opens Its Door and Casts Dave Bautista The M. Night Shyamalan movie is set to release on February 3, 2023.
grammys 2022 6:44 p.m.
Drake Is No Longer a Certified Grammy Nominee The rapper withdrew his two nods for Certified Lover Boy and “Way 2 Sexy.”
crime 6:34 p.m.
Man Charged With Murder of Jackie Avant, Wife of Music Exec Clarence Avant 29-year-old Aariel Maynor is allegedly responsible for the fatal December 1 shooting.
something good 6:32 p.m.
There’s a Few Places for Us to Watch, Read, and Listen to West Side Story No need to play it cool.
chat room 6:22 p.m.
Scott Nicholson on Playing Succession’s Only Satisfied Character “I don’t think he has any aspirations to move up because he’s in a very powerful position himself.”
close reads 6:06 p.m.
That Succession Moment Is About a Lot More Than Roman’s ‘Item’ Once you manage to stop cringing, there’s a lot to unpack here.
breakout performances 6:02 p.m.
Annie Live!’s Beard Guy Almost Didn’t Have a Beard Jacob Keith Watson on playing seven roles in the live musical, the rise of Mr. Bundles, and pivoting to sea shanties.
housewives institute bulletin 5:42 p.m.
Jen Shah Is Totally Screwed Between The Housewife and the Shah Shocker, the new RHOC and RHOM, the RHOP reunion, and Porsha’s spinoff, it’s a busy time for the Institute.
overnights 5:39 p.m.
Power Book II: Ghost Recap: Personal Mission So! Many! Lies!
astroworld tragedy 5:33 p.m.
Travis Scott Files for Dismissal in First Legal Response to Astroworld Lawsuits The move comes as attorneys are working to consolidate the 275 current lawsuits against Scott and organizers.
the law 5:00 p.m.
What Happened When Jussie Smollett Took the Stand in his Own Defense The defense alleges the brothers asked Smollett for $1 million each to not testify in the trial.
vulture recommends 4:47 p.m.
Magdalena Bay’s Cinematic Pop Universe May Never Stop Expanding The duo’s debut, Mercurial World, is one of 2021’s best.
By Justin Curto
just asking questions 4:40 p.m.
Drawing Ghislaine Maxwell Talking to courtroom sketch artist Jane Rosenberg about her 40-year-plus career and what it’s like when a defendant illustrates you.
overnights 3:55 p.m.
PEN15 Recap: Lost in Translation Maya’s mom gets a stand-alone episode and a cool, sexy past.
overnights 3:47 p.m.
Yellowstone Recap: That’s Not Your Family John’s old-fashioned ways of doings things seem to be falling short.
balls 3:27 p.m.
The Boys Animated Spinoff Looks Like Junk, Literally They’re going balls to the wall.
rock star & the mole woman 3:15 p.m.
A Timeline of Roman and Gerri’s Succession Sexual Tension For all you disgusting little slime puppies.
who's laughing? 3:09 p.m.
Netflix Is a Joke Festival Lines Up John Mulaney, Pete Davidson, and More Netflix Is a Joke: The Festival is happening in Los Angeles from April 28 to May 8, 2022.
vulture lists 2:45 p.m.
All the Best Sweaters on Succession, Ranked All hail Shiv’s turtlenecks.
go ask alice 1:30 p.m.
Everything We Know About The Matrix Resurrections So Far Where is Morpheus? Do Neo and Trinity not remember each other? Why is only one Wachowski involved? Let’s see how deep the rabbit hole goes.
By Richard Newby
More Stories