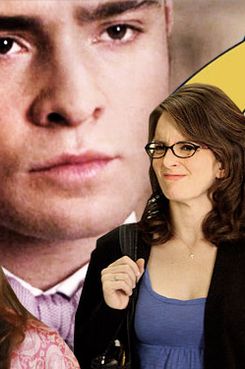 Last month, the TV business spent its energies focusing on the new: Networks unveiled dozens of new series, all in the hopes of producing a new generation of small-screen staples. There’s no doubt they’re needed: Not only did last season yield precious few hits, but a look at the current landscape of established series reveals a large number of shows not far away from that inevitable moment when they are pried loose from their prime-time berths and are forced into the ever-repeating limbo of syndication and DVD. Predicting exactly when the time will come to cue up Boyz II Men’s “It’s So Hard to Say Goodbye to Yesterday” is tough, however, since many factors help determine life span. As a public service, Vulture decided to take the pulse of a dozen iconic broadcast series of varying ages, assessing everything from their Nielsen health to their pop culture zippiness, in an attempt to gauge just how long fans can expect their dearly beloved shows to be around. Plan your mourning accordingly!

How Many More Seasons Do Your Favorite TV Shows Have to Live?

in conversation 8:00 a.m.
Larry Wilmore Knows No Bounds He’s kept the golden age of Black TV comedy alive for three decades. He’ll make any network eat its words.
By Zak Cheney-Rice
the one where she's sorry 12:21 a.m.
Friends Creator Marta Kauffman Regrets Misgendering Chandler’s Trans Mom She previously also expressed “guilt” over the show’s lack of racial diversity, to the tune of a $4 million donation.
coming soon Yesterday at 9:19 p.m.
ABC Is (Sort of) Bringing Beauty and the Beast to Life Again An upcoming 30th anniversary special will be part animation, part live-action.
not shah-mazing Yesterday at 7:01 p.m.
RHOSLC’s Jen Shah Heads to Trial in Less Than Two Weeks As the reality star once said: “The only thing I’m guilty of is being Shah-mazing.”
timelines Yesterday at 6:44 p.m.
A Timeline of Travis Scott’s Post-Astroworld Public Return He paused a July 4 show at Coney Island over crowd safety concerns.
hot topics Yesterday at 4:57 p.m.
Where Did the Wendy Williams Show YouTube Go? The channel, and associated websites, appear to have been scrubbed from the internet.
it's morbin' time Yesterday at 4:22 p.m.
Gentleminions Help Minions: The Rise of Gru Top Box Office The Morbius Effect, but it actually worked.
power Yesterday at 2:43 p.m.
Everything to Know About the WNBA Star in Russian Custody Brittney Griner sent a personal plea to President Biden.
it takes a village Yesterday at 2:27 p.m.
A Metallica Bandmate’s Son Shredded for Eddie on Stranger Things Robert Trujillo shouted out his son Tye on Instagram.
superlatives Yesterday at 2:00 p.m.
The Most Joyous and Romantic of Journey, According to Neal Schon “We show our dexterity and diversity on all of our albums. We’ve traveled the spectrum musically from A to Z.”
By Devon Ivie
love is dead Yesterday at 1:31 p.m.
Jerry Hall and Rupert Murdoch Are Divorcing Fodder for Succession season four.
spinoff showcase Yesterday at 1:17 p.m.
What Could a Stranger Things Spinoff Be? Some helpful suggestions.
pep talks Yesterday at 1:08 p.m.
David Harbour Called Ryan Reynolds to Console Him When Hellboy Flopped Who knows the heartache better than the Green Lantern?
crime Yesterday at 1:00 p.m.
R. Kelly Sentenced to 30 Years in Prison in Sex-Crimes Case Prosecutors now say he has been taken off suicide watch
vulture 10x10 Yesterday at 12:00 p.m.
The Sag Harbor Puzzle 11-Across, Five Letters: Like the game in Sherlock Holmes stories.
vulture lists Yesterday at 12:00 p.m.
15 Classic Summer-Camp Movies, Ranked All the fun of staying up late in your bunk, without the bug bites.
book excerpt Yesterday at 11:00 a.m.
An American Tail Was My Own Test of Endurance Don Bluth went from box office hell to a meeting with Steven Spielberg and “the perfect story.”
life after roe Yesterday at 10:00 a.m.
How TV Writers Crafted Abortion Stories Before the Fall of Roe Writers from five series across broadcast and streaming discuss the challenges and triumphs of normalizing abortion onscreen.
By Jen Chaney
profile Yesterday at 8:00 a.m.
Nathan Fielder Is Out of His Mind (and Inside Yours) The comedian is known for his often hilarious, sometimes mean, always uncomfortable stunts. The Rehearsal is his grandest experiment yet.
By Lila Shapiro
overnights Yesterday at 8:00 a.m.
Only Murders in the Building Recap: Baby Bumpy Betrayal In order to solve a murder mystery, you have to get to know the victim — that’s amateur sleuthing 101.
More Stories