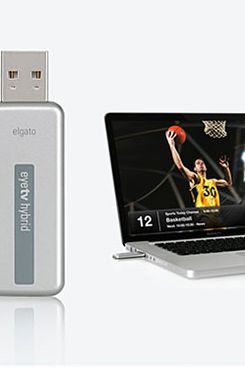 You can send all your tips and inferiority-complex remedies to VultureBytes@gmail.com.

Finally somebody has figured out how to adapt the flash card to the modern age. Most education companies have just copied the flash-card idea onto an iDevice. It works fine enough, we guess, but there’s no innovation to it, no acknowledgement that you’re studying within a new medium. Evernote Peek has no patience for that. It only works with the iPad 2, and even then only works with a magnetocover. (Unless you’ve followed Vulture Bytes’ advice and hacked your iPad 1 to make the magnetocovers fit.) If you satisfy those requirements, you can use Evernote to build your own quizzes, and then the Peek app to turn them into flashcards. The app will display the question as you lift part of the cover, and the answer once you lift the rest. It’s flash cards reimagined as a game of peekaboo. It’s very 2011.PRICE: Free
The funny thing about Apple’s immaculately designed gadgets is that they’re all so pretty we have to put cases on them. So if you’re going to mar your iPad, you might as well make it as utilitarian as possible. Which is to say, you might as well put a handle on it. What do you do with this handle? If you believe the promo pictures, you hang it from a hook and/or just use it as a kickstand. It’s perhaps best as a gift for the iPad klutz in your life. PRICE: $55
Do you, like Vulture Bytes, not have cable, nor a TV that can carry digital signals? And do you, like Vulture Bytes, sometimes sit at home on a Thursday night upset that you’re forced to actually read a book rather than watch whatever reality-TV marathon is on basic cable? Because we have found your gadget. It’s the EyeTV Hybrid, a USB key that’ll turn your laptop into a TV and DVR combo. There are other gadgets that do the same, but OhGizmo — an unheralded, invaluable gadget site — has a thorough review that claims EyeTV is the best of all of them. There’s even a remote tossed in, and if you want to really feel like your laptop is a regular TV, you can subscribe to TV Guide’s digital package to get full TV listings. PRICE: $150
On the Internet, you know something has gone mainstream when there’s too much of it to take in. It happened with Internet news, which is how we got the Drudge Report, the Huffington Post, etc., and now it’s happening with web TV. Fanhattan is an iPad app that aggregates all your other video iPad apps. Instead of having to look separately in Netflix, Hulu, iTunes, ABC, and whatever other video apps you have installed, Fanhattan will scan through all of their catalogues for you. It sounds so simple you don’t actually need it. But we said the same thing about news aggregators a decade ago. And then Arianna Huffington had to go and sell her site to AOL for $315 million. PRICE: Free
We’ll restrain ourselves from all the bad shaken/stirred jokes and just tell you this: If anyone you know likes James Bond, this is going to become their alcoholic bible. It’s a compendium of every drink James Bond has ever ordered. Sample: 1:14 into Casino Royale, “at the bar in the Salon Prive, Bond creates the Vesper, telling the bartender, ‘Three measures Gordon’s, one of vodka, half of Kina Lillet, shake it over ice, then add a thin slice of lemon peel.’ Three of the other poker players also order the drink.” It then adds a note that Kinet Lillet can no longer be bought, so you don’t worry about trying to find it. There’s also a full recipe listing for the aspiring bartenders/secret agents. It’s the product of the obsessive fandom Vulture promotes every day. PRICE: $2