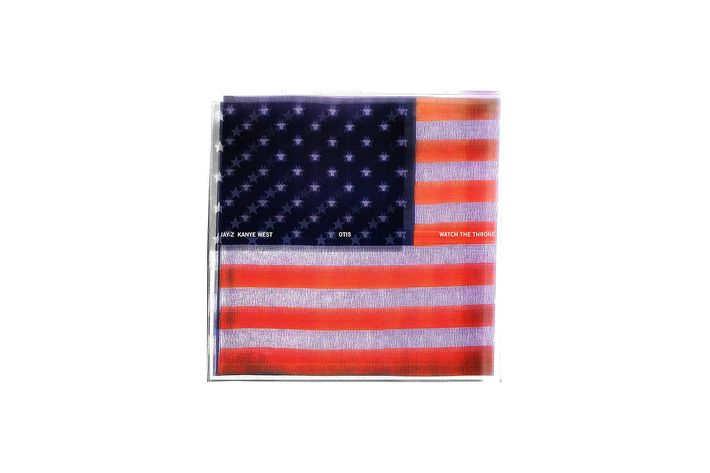 Ahh! With less than two weeks to go before the (now official) August 2 release date for Watch the Throne, hip-hop BFFs Jay-Z and Kanye West have finally released another single.

Those still upset with the heavy bluntness of “H.A.M.” should have an easier time digesting “Otis”: Yeah, there’s not really a chorus again, and it’s still two dudes talking shit in an aggressive manner, but this thing’s certainly more musical than the Waka Flocka Flame–indebted first official offering. Of course, when you’re sampling a nice big chunk of Otis Redding’s “Try a Little Tenderness,” it’s hard not to be more musical. Credit here, though, for cutting out the sample before it reaches the peak of its chorus; it’s certainly not the easy way out, and it subtly gets at the “cool guy jerks” vibe Jay and ‘Ye are apparently going for with this project. (Also, credit for having the funds to actually clear this sample.) It’s also cool they split their lyrics up into mini-verses, gleefully jumping in on the end of each other’s lines old-school Beastie Boys–style. Speaking of lyrics: How does Jay hold up?

Since ‘Ye’s still at the prime of his abilities, he’s liable to outrap his lyrically-far-more-accomplished mentor on any given track, and that could get awkward over the course of a full album. Here, even though the two aren’t as concerned with sounding clever as they are with sounding like their lives are amazing, both get off their fair share of good shots. Jay shouts out Fidel Castro and political asylum and owning multiple passports; Kanye shout outs hell and Hermès and Phillip Drummond. The best, though, is when the dudes shout out each other. Jay: “Uh, live from the Mercer / run up on Yeezy the wrong way, I might murk ya.” Kanye: “Can’t you see the private jets flying over you / Maybach bumper sticker read “What would Hova do?” Ahhdorable.

vulture lists 22 mins ago
The Least Historically Accurate Music Biopics Ever Made From Amadeus to Bohemian Rhapsody, here are ten movies that treated the truth as mere suggestion.
heartbreak hotel 1:34 p.m.
What to Watch While Coming Down From Elvis Movies, documentaries, and TV shows to watch after Baz Luhrmann’s megamusical about the King.
why? 12:20 p.m.
Alec Baldwin Has Taken It Upon Himself to Interview Woody Allen This seems like a bad idea, but carry on.
celebrity 12:01 p.m.
Billie Joe Armstrong ‘Renouncing’ U.S. Citizenship Over Abortion Ruling “I’m f- - -ing coming here,” he told a crowd in London.
ted! 12:00 p.m.
An Interview With Stranger Things’ Most Oblivious Dad “If you remember Who Framed Roger Rabbit, the vixen, Jessica Rabbit, is like, ‘I’m not bad; I’m just drawn that way.’ Ted is like that.”
vulture 10x10 12:00 p.m.
The Trophy Puzzle 31-Across, Four Letters: Number of Oscars for Glenn Close, inexplicably.
overnights 10:46 a.m.
90 Day Fiancé Recap: Free Bini, Kobe, and Shaeeda If the producers wanted to diversify the villains and victims they feature on this show, they’re doing a great job.
extremely online 10:26 a.m.
A Timeline of the David Dobrik Allegations and Controversies Jeff Wittek threatens legal action, two years after the accident that nearly blinded him.
By Florence O'Connor and Zoe Haylock
the saul goodman show 10:09 a.m.
Carol Burnett to Guest Star on Better Call Saul Bob Odenkirk had better be tugging on that ear of his.
comedy review 10:00 a.m.
Welcome Back to John Early and Kate Berlant’s Absurd Duet Would It Kill You to Laugh? is a monument to surrealist queer pettiness, standing high atop a foundation of incredible comedic harmony.
By Kathryn VanArendonk
protests 9:43 a.m.
Jodie Sweetin Pushed by Police at L.A. Abortion-Rights Protest, Responds “This will not deter us; we will continue fighting for our rights.”
q+a 9:00 a.m.
Robin S. Is Riding the Wave of Beyoncé’s ‘Break My Soul’ “‘Show Me Love’ is my legacy. And Beyoncé thought of me enough to be a part of my legacy.”
urgent reconsideration 8:00 a.m.
Atlanta Season Three Was a Bad Trip After a four-year break, Donald Glover’s FX series returned unsure of what it wanted to say. Four Vulture writers and critics try to make sense of it.
bound 2 (remix) Yesterday at 11:44 p.m.
Ye Thanks/Blames Diddy for His ‘Wife Choices’ “Thanks for that, Puff.”
comedy writing Yesterday at 11:30 p.m.
For Kevin Iso, Interesting Beats Funny Talking Flatbush Misdemeanors and That Damn Michael Che with the comedian and writer.
overnights Yesterday at 11:06 p.m.
P-Valley Recap: The Real Househoes of Chucalissa The Pynk is an absolute mess and the future of the club is in question.
i'm up! Yesterday at 10:44 p.m.
Doechii Snatched Her Own Wig at the BET Awards She came, she served, she conquered.
my single is dropping Yesterday at 10:07 p.m.
Cardi B Announces New Single During BET Awards While not being physically present at the event.
overnights Yesterday at 10:00 p.m.
Westworld Season-Premiere Recap: Christina’s World It’s several years into the new world and everyone has made news lives for themselves — but nothing good lasts long in Westworld.
overnights Yesterday at 9:30 p.m.
The Real Housewives of Atlanta Recap: Drop It With Drew & Co. An investigation into Drew’s weight-loss program.
More Stories