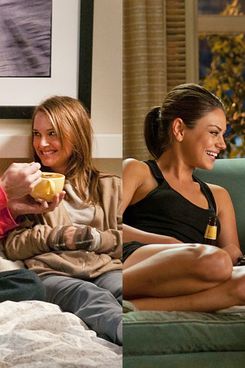 As any self-respecting Ashton Kutcher fan knows, Friends With Benefits — the Justin Timberlake–Mila Kunis fuck-buddy comedy in theaters today — mimics exactly the central concept of No Strings Attached, a movie released just over seven months ago today. That makes FWB and NSA the latest coupling in the surreal, excellent Hollywood tradition of rival studios making the same movie at the same time. And you know what’s really great about this tradition? In nearly every one of these face-offs — from the legendary punch-out between Armageddon and Deep Impact to the forgotten battles of Gordy and Babe — a clear winner can be declared. Vulture, utilizing box office returns, critical reaction, and our own infallible opinions, has now declared those winners, in every same-movie-same-time face-off you care about. Okay, now, start arguing!