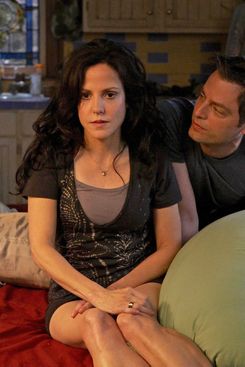 When Weeds debuted on Showtime in 2005, it was another well-received entry in the trendy subset of TV antiheroes, one in which a historically good type of character does a bad thing: In this case, it was Mary-Louise Parker’s suburban housewife selling marijuana to make ends meet after her husband dies. Weeds quickly attracted a fan base that enjoyed the show’s cheeky tone and flip take on suburban mores, but in season three, things started to go wrong. The show went from being a quirky family satire to becoming a loopy, out of control crime saga, with increasingly ludicrous plot twists. Murder! Arson! White slavery! We’re two episodes into season seven, and out of habit we find ourselves hoping it turns itself around and gets back to its roots … but with our hopes annually dashed, we find it harder than ever to muster optimism. Here is our summary of the season-by-season trajectory of the show, tracking what went wrong and how it could have saved itself  but usually didn’t.

How Weeds Has Gone Wrong, and How It Could Have Saved Itself