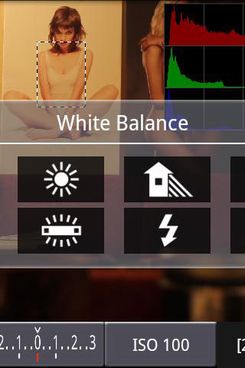 While we weren’t preoccupied with the impending doom of Western capitalism, here’s what Bytes dredged from the Internet this week: an app that tells New Yorkers what to do, an app that’s so bad we had to warn you to stay away from it, a way to stream your computer’s video to your iPad, a Spotify alternative, and a hack that turns your camera into a spy tool.

Those of you who don’t live in New York, don’t start complaining that we’re covering a local culture listings app. You know you still subscribe to The New Yorker and devour its Goings On About Town section in an aspirational tizzy. (And let us not forget you’re currently reading a site run by New York Magazine.) The Goings On app somehow transports all the highbrow gloss of that section into Android and iPhone apps, turning your phone into a portable font of critics’ picks. Theater, nightlife, art, movies, dance, music — it’s all there, updated every week. Never go bored in the city again.PRICE: Free
We were going to say that this app is the only solace for people who, like Vulture Bytes, are forced to be a Cablevision customer. It lets you watch live TV, watch what’s stored on your DVR, and use the phone as a remote. This sounds great! But Cablevision, the Internet provider that most slows down its traffic during prime-time hours, has muffed even this opportunity. Reviews on the App Store suggest Cablevision upgraded the app but cannibalized its best feature — the chance to set your DVR from outside your house. The app can now only be used on your home network, also known as the one Cablevision provides you. It is, of course, rare that you need to set your DVR from the other room. But don’t tell that to Cablevision. So take this as a rare Bytes PSA: stay far away from this app.PRICE: Free, though emotional costs run high
Boxee, apparently ignorant of how all of us spend most of our days, believes you aren’t watching enough web video — and especially not enough on your iPad. The company, best known for its boxes that bring TV on the Internet back to the TV, just released its iPad app, and it’ll quickly become the first app you think of when you want to watch videos on your iPad. Boxee collects all of the web videos your friends are sharing on Facebook, but there are plenty of other apps that already do that. What it does singularly well is stream video from your computer to your iPad. No more of those interminable waits for the iPad USB cord to sync 500 MB worth of video. The best way to use the extra time you just reclaimed? Watch more web video. PRICE: Free
With all the hubbub over Spotify, it’s hard to remember that there are other music services that let you live in the all-music-all-the-time utopia we expect of our modern age. So let us discuss Rdio, a different start-up that, yes, offers as much music as you can stomach for a flat fee. Based on our casual use, Rdio has a similarly robust catalogue, an interface that’s a lot more intuitive than Spotify’s, and a display that helpfully explains what everybody else is listening to. Most notably, Rdio, not Spotify, is the one that has an iPad app. Before you sink $10 a month into Spotify, do some due diligence and check out the less-hyped competition.PRICE: $5 per month for unlimited web access; $10 per month to listen on phones and offline
Even if you have neither a Canon camera nor an Android phone, you’re still going to want to pay attention to this awesome little hack as a proof of concept. It streams whatever your camera is seeing to your phone and lets you mess with all the settings — exposure, shutter speed, aperture — from afar. Your DSLR transforms into either a highly accurate camera or a hiding-in-plain-site surveillance system. Take your pick.PRICE: 6 Euro, or about $8.55

Vulture Bytes: A Spotify Alternative and a Spy Hack for Your Camera

movies 6:11 p.m.
Ashton Kutcher and Reese Witherspoon Hook Up for Rom-com Your Place or Mine Can’t wait to wash — I mean, watch.
album review 5:03 p.m.
Billie Eilish Has Only Gone Quieter and More Unpredictable So much of her sophomore album, Happier Than Ever, is a ruse.
By Craig Jenkins
comedy 5:02 p.m.
Joe Pera to Continue Talking With You for a Third Season Prepare to calm down.
public domain 4:48 p.m.
Nicholas Hoult to Play Another Pale Little Freak in Renfield He’s gonna suck on some bugs.
new series 3:31 p.m.
Grace Van Patten to Star in ‘Tell Me Lies’ Series With Emma Roberts serving as executive producer.
deep dive 3:29 p.m.
The Swashbuckling Fantasy of Dev Patel As Gawain in The Green Knight and David Copperfield before that, the actor is bending the arc of English literary tradition around him.
By Nicholas Russell
switched on pop 2:43 p.m.
Mark Ronson Is Still in Awe of Ginuwine’s ‘Pony’ and Its Influence on Music He’s also grateful for the time Paul McCartney snapped him out of his laziness.
trailer mix 2:06 p.m.
Camila Cabello’s Prince Charming Isn’t Shawn Mendes in the Cinderella Trailer She just wants to design dresses and maybe find a man.
housewives institute bulletin 1:30 p.m.
Is Bethenny Back? Is Sheree? Who Cares! The case against returning Housewives in this bee-stung edition of the Housewives Institute Bulletin.
hot pod 1:30 p.m.
Apple Finally Fixed Its Podcast Bug Plus: Spotify reports its earnings.
disney 1:23 p.m.
What Does the Black Widow Lawsuit Mean for COVID-Era Movies? Scarlett Johansson’s complaint against Disney is a reaction to a rescaling of studio ambitions during the streaming wars.
my single is dropping 12:55 p.m.
Tony Bennett Celebrates 95th Birthday by Announcing Love for Sale With Lady Gaga “I Get a Kick Out of You,” the lead single from the collection of Cole Porter covers, is out today.
the festival circuit 12:47 p.m.
DaBaby Pulled From Festival Lineups After Homophobic Comments DaBaby has been dropped from Austin City Limits and iHeartRadio Festival after making another apology.
capital-c casting 12:42 p.m.
Brendan Fraser Joins Martin Scorsese’s Killers of the Flower Moon With Leonardo DiCaprio, Robert De Niro, and Jesse Thee Plemons.
#metoo 12:39 p.m.
Blizzard Entertainment President Steps Down Amid Company Harassment Lawsuit J. Allen Brack was one of the executives named in California’s lawsuit as being aware of misconduct and not effectively intervening.
killing it 12:20 p.m.
Cooking With Paris Is Anti-Aspirational Food Television Paris Hilton rattles the very foundations of cooking shows.
By Rachel Sugar
making moves 12:00 p.m.
Lincoln Center Appoints Shanta Thake to Lead Its Revival She comes to the institution after over a decade at the Public, and her eclecticism may challenge some of its traditions.
music videos 11:28 a.m.
Bad Bunny and Aventura Marry Reggaeton and Bachata on ‘Volví’ Warm up those hips.
vulture lists 11:05 a.m.
The 30 Best Characters of Tim and Eric’s Awesome Show Universe For your health!
By Luke Winkie and Rebecca Alter
overnights 10:40 a.m.
The Bachelorette Recap: The Look of Love Greg may have said way too much, but Katie said way too little.
More Stories