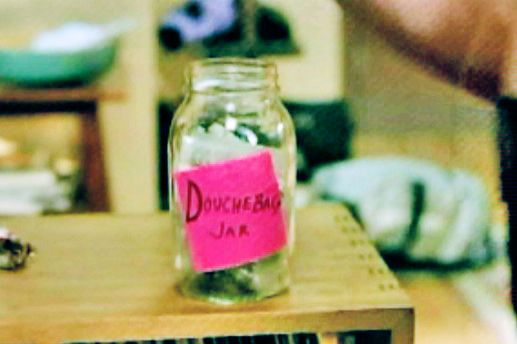 New Girl is an undisputed ratings success, but it’s also already making genuinely useful contributions to the pop-culture lexicon. Yes, we’re big fans of the Douchebag Jar. (Video is below for the unfamiliar, but the concept is simple: It’s like a swear jar, but instead of putting in money when you curse, you put in money when you say something douchey.) On the show, only one character is made to pay for his sleazy remarks, but Vulture feels the DBag Jar has potential for wider cultural application. For example, we think The Playboy Club could probably stand to throw a dollar in there, and maybe Adele’s ex-boyfriend, and obviously the guys from Entourage. But what about you? Would you tax the We Bought a Zoo trailer, or are you more fed up with James Franco’s inability to speak at normal volumes? Fine away!

What Would You Put in New Girl’s ‘Douchebag Jar’?