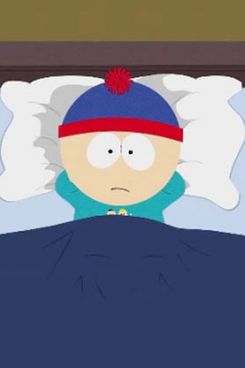 Somewhere between sentient feces, Helen Keller musicals, and the tale of one Scrotie McBoogerballs, South Park went from culty cable series to one of the major forces in American comedy, and its creators, Trey Parker and Matt Stone, became masters of the epic puppet action film (Team America: World Police) as well as Broadway (The Book of Mormon). But one thing remains constant: The still crudely drawn grade-school stars always learn a valuable lesson at the end of every episode, even if that lesson is something subversive or gross or politically ambivalent or, ideally, all three. “That always ends up being the last thing we put in the show,” says Parker of the moral. The lessons tend to just emerge as he and Stone write the episode, they say. Sure, they’ve taught us about gnomes who steal underpants and the dangers of being an Apple fanboy, but Parker and Stone have learned a few things themselves along the way — and they’ll be imparting plenty more wisdom when the show returns next week, on October 5.

Parker explains: “That’s when you feel the best: when you don’t need someone to stand up on the soapbox at the end and say, ‘You see …’ ” It’s a lesson that inspired one of The Book of Mormon’s most judicious cuts: Elder Price, the Goody Two-shoes who experiences a major fall from grace over the course of the show, used to have a monologue explaining his journey of enlightenment (and back). They cut it to two sentences. Photo: Andrew H. Walker/2011 Getty Images
“A lot of times we’ve erred on the side of” overexplaining, Stone says. “Now we don’t care anymore.” This has led to an increasingly liberated South Park, the creators’ greater comfort with unusual or strange moments within an episode, what Stone calls “anti-messages.” Parker says it changed “when we stopped being brooding twentysomethings” — here he breaks into garbled gibberish in a high-pitched, whining voice. His point? as they grew up, they realized, “We don’t know what the fuck we’re talking about.” Which took the pressure off being precise.
The second-season premiere, “Terrance and Phillip in Not Without My Anus,” elicited an unexpected backlash from fans because it didn’t explain the first season’s cliff-hanger. “We thought people would love it,” Parker says. “We thought of it as almost a meta-television joke. And people hated it. They were like, ‘But who is Cartman’s dad?’ And we were like, ‘Who the fuck gives a shit? He’s not real. It’s whoever we say it is!’ But it was a big lesson that the audience doesn’t like a joke on them.”
Parker describes himself as a huge fan of the Food Network (which sort of explains season fourteen’s “Crème Fraîche” episode) and of simple, straightforward ingredients. He says their entire approach changed after a 2001 episode called “Scott Tenorman Must Die,” in which Cartman seeks revenge on an older kid who makes fun of him, eventually torturing Scott Tenorman to the point that Cartman licks tears off his foe’s face. “We used to have an A-story, a B-story, and sometimes a C-runner,” Parker says of early seasons. But for “Tenorman,” he says, “we just had this simple story, and as we were doing it, we were like, ‘This is cool.’”
Mr. Hankey is not “talking poo just for the sake of talking poo,” Parker insists. “It had a point. It’s about Kyle feeling like an outcast, feeling like he can’t relate to Christmas in the way other kids can, and it sucks.”
Last June’s final episode — “You’re Getting Old” — turned the world of South Park on its head by going after cynicism, with Stan discovering that his critical gaze was alienating him from everyone he cared about. It set off rumors that Parker and Stone were signaling they were done. “We’re making fun of Kevin James and Adam Sandler … But we have to include ourselves in there, too,” Stone says. “How long can you keep making those movies? Well, that’s us, too,” Parker says. “How long can you keep doing this?” Their contract goes for two more seasons.
One of South Park’s more absurd episodes features Cartman channeling a bizarre Jennifer Lopez character through his hand. At the end of the episode, the hand character flutters away — and Parker and Stone say that was the actual high point of the episode. “How do you animate, in our style, that?!” Parker says, opening and fluttering his hand over and over. “We were so stuck on that.” Stone says they went through several test animations before landing on the one in the episode (at 19:48), which both he and Parker call “so sweet.”
“Cartman started realizing he’s in a TV show,” Parker admits. The first big instance of Cartman slightly breaking the boundaries of the show came in season six, Parker says, when Cartman needs to exorcise Kenny’s soul from his body. The episode cuts to him at an abortion clinic, zinging a one-liner that only really makes sense in the format of a show. “He knew the cut happened, he knew it was a joke in a show,” Parker laughs. “He knew he was being filmed,” Stone adds. “You can do it a little bit, but too much and it’s like, okay, guys, get the fuck over yourselves.’”
Parker and Stone both say that critic and fan responses to episodes often surprise them, but none more so than “Passion of the Jew.” “We thought it was crap,” Parker says. “We came to work two days later, and people loved it, and we’re like, ’Whaaaa? People love that piece of shit?’” He says they often forget the meta-jokes that framed the episodes — the jokes that come up early in the process of putting an episode together — aren’t funny to them after a few days. “It happened in the World of Warcraft episode, too,” he says. “I thought it was junk, but I forgot about the conceit.” Stone has a slightly different take on their own self-analysis. By the end of making an episode, he says, “We’re really tired.”