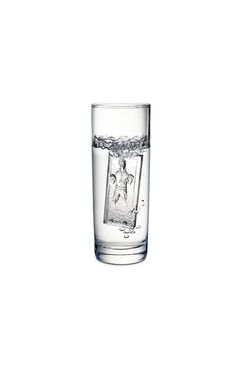 This week: 3-D audio, a playlist for all, an e-book in no particular order, microphones for your iPhone, and Star Wars geekery.

Knowing Vulture Bytes is incorruptible, the PR industrial complex doesn’t bother us that often. But the team behind Jambox, the portable speaker that sounds far better than it should, is an exception. Somebody over there sent a sample unit Vulture Bytes’ way, and it was quite good, and that was before they added their 3-D sound gimmick, something the company claims makes everything sound better, like “hearing your favorite music and audio content for the first time” (an event not that special, since most of our attachment to music is built as we listen to it over and over again). If the 3-D isn’t enough for you, then maybe the Jamchain is, a (different) gimmick that lets you hang the Jambox over your neck like you’re some quadratic Flava Flav.PRICE: Free, both of them. The 3-D sound is a regular firmware upgrade, and the Jamchain can be had through a special deal. Check Jambox’s site for instructions.
Just last week Vulture Bytes was saying we needed an app that let a bunch of people crowdsource a playlist when they were all at the same party. Apparently the gadget gods were listening. This week Gizmodo wrote about a new feature from deluxe-speaker-maker Bowers & Wilkins that turns B&W’s iPod dock into a local turntable.fm. Download the Zeppelin Air app and use its SharePlay feature to let anyone on your network stream music to the same speakers. Yet another thing to cross off society’s to-do list.PRICE: The app is free. The dock … not so much. That’s $600.
Publishing may be dying, but at least it’s experimenting in its death throes. Visual Editions, a London-based publisher, has built a niche creating books that are more than just words on a page. They become treasured objects, artifacts that somebody 100 years from now would find and treat as a symbol of a medium in its last moment of resonance. Earlier this month, Visual Editions released Composition No. 1, a book that’s been written so its pages can be read in any order. And now the digital edition is being released as an app for the iPad. It’s book-by-roulette. Start the app and the pages will begin spinning at random. Place your finger down and it’ll stop so you can read one page; lift your finger again and you’re back to the roulette. Like most of the books on your bookshelf, that makes it more enjoyable to own than to actually read.PRICE: $7 for the app
So you’re becoming a Scorsese of the iPhone, recording everything in sight. But no matter how deft your pans and zooms are, there’s still something amateur about your production: the sound. That tinny iPhone microphone isn’t nearly good enough for you to truly document the human experience. What you need is the ar-4i, a sound kit for the iPhone that puts two mini-shotgun mikes on top of the phone so you can capture the grunts, squishes, and other assorted onomatopoeia of everyday life. For true auteurs only.PRICE: $150
You may think this has no place in Vulture Bytes, but what is ice if not a gadget to make your water cooler? The instruction manual on this one says to pour water into the silicone tray, put it in the freezer, and then detach and put in whatever you brought home from Mos Eisley. One tall drink of water inside another.PRICE: $10

overnights 10:00 a.m.
RuPaul’s Drag Race Down Under Recap: A Dingo Ate My Snitch Game A fairly heinous Snatch Game levels the playing field and turns this into any queen’s game.
lawsuits Yesterday at 11:35 p.m.
Daily Mail Argues Nothing Defamatory About Buying Booze, Dating Jane Krakowski Despite what MyPillow CEO Mike Lindell wants to argue.
uncanny Yesterday at 9:10 p.m.
Steel Yourself for Lily James and Sebastian Stan’s First Pam & Tommy Pics The ‘90s was a much more nipple ring-focused decade, wasn’t it?
true love Yesterday at 7:37 p.m.
Turns Out, Aubrey Plaza Has a ‘Darling Husband,’ Screenwriter Jeff Baena The Black Bear actress casually mentioned her spouse on Instagram.
highs and bows Yesterday at 6:24 p.m.
Yo-Yo Ma Tells Desus and Mero That Cello Is His Weed And plays them hits by DMX, Britney Spears, and Sisqó.
the inside track Yesterday at 5:58 p.m.
The Marfa Tapes Ends on a Hymn to West Texas Miranda Lambert, Jack Ingram, and Jon Randall capture the magic of their surroundings on “Amazing Grace (West Texas).”
read like the wind Yesterday at 5:00 p.m.
The Secret to Superhuman Strength and 9 Other Reads I Can’t Get Out of My Head The life-changing magic of working out, an inactive shooter, and a rags-to-ennui tale to read this month.
1.5x speed Yesterday at 5:00 p.m.
Foundering Tells the Story Behind TikTok (and 3 More Podcasts Worth Trying) Including a new fiction podcast from the Saw cinematic universe.
vulture lists Yesterday at 4:00 p.m.
12 Essential Mom Episodes A look back at the sitcom’s eight-season run as it approaches its series finale.
Yesterday at 2:37 p.m.
Allow Selling Sunset’s Mary Fitzgerald to Convince You to Move to L.A.  We gave her a scavenger-hunt assignment and what she found was that we need more sun.
this week in late night Yesterday at 1:49 p.m.
An Ever-Higher Chair Won Late Night This Week Also winners: Richard Kind on Late Night and Yo-Yo Ma on Desus & Mero.
movie review Yesterday at 1:23 p.m.
The Abysmal Wrath of Man Proves Guy Ritchie Is His Own Worst Enemy How do you mess up a Jason Statham revenge thriller?
oscars 2022 Yesterday at 1:08 p.m.
These Are the Movies the Academy Is Counting On to Save the Oscars Thanks to the disruption that marred this year’s ceremony, the 2022 Oscars race should feature twice as many big studio movies as usual.
By Nate Jones
best of 2021 Yesterday at 1:00 p.m.
The Best Podcasts of 2021 (So Far) After a year of catastrophe, the podcast universe seems to finally be getting back to normal.
vulture recommends Yesterday at 12:38 p.m.
MTV’s Downtown Is a Hyperspecific Time Capsule Downtown was for Chris Prynoski what Slacker was for Richard Linklater.
my single is dropping Yesterday at 12:22 p.m.
Pink Passes On Her Wisdom in New Video ‘All I Know So Far’ Featuring a cameo from God (Cher) herself.
tv review Yesterday at 12:19 p.m.
Mythic Quest Returns, Imperfect But Easy to Love Season two of the Apple TV+ comedy sets a high creative bar for itself, and even when it doesn’t quite clear it, it’s fun just to watch the attempt.
my single is dropping Yesterday at 12:17 p.m.
Isaiah Rashad Returns Ready to Party With ‘Lay Wit Ya’ Along with details on his long-awaited sophomore album, The House Is Burning.
my single is dropping Yesterday at 12:04 p.m.
J. Cole Gives a Taste of The Off-Season on ‘i n t e r l u d e’ The full album is out next week.
roll clip! Yesterday at 11:48 a.m.
The Calzones Betrayed This Jeopardy! Contestant Don’t tell Ben Wyatt.
More Stories