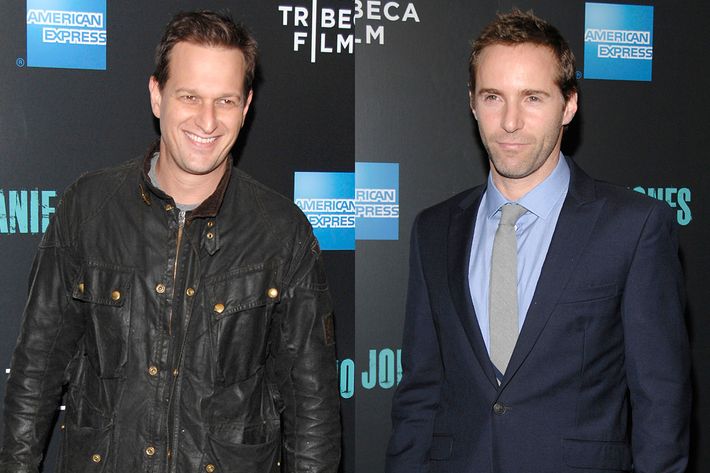 Superstition would dictate that it’s not the best idea to step into a packed elevator and joke, “This is overloaded. We might die tonight,” particularly four days before Halloween. Of course, no one ever believes said elevator will then plummet four stories and get stuck. Until  it does. Which is exactly what happened to a merry band of revelers, including Josh Charles and Alessandro Nivola, exiting last night’s premiere party of Tribeca Films Janie Jones, which was hosted by American Express on the sixteenth-floor rooftop terrace of the Gramercy Park Hotel.

They all fled to Knickerbocker for some much-needed drinks. This morning, Gramercy manager Elizabeth Mao sent Vulture the following statement: “Yes, last night, there was an elevator malfunction as guests departed from an event at the Gramercy Terrace. Our security team responded to the incident immediately and within minutes had alerted both he New York Fire Department and the elevator company. All guests were safely evacuated. As the safety of our guests is always a paramount concern, we are ensuring the elevator car in question undergoes a thorough inspection by our maintenance provider, as well as the New York Fire Department, before placing it back in service. We anticipate the elevator car will be fully operational by this afternoon.” But last night at Knickerbocker, Josh Charles, laughing finally as he enthusiastically relived the experience, said, “Here’s my quote: If anyone stays at the Gramercy, take out insurance before you ride the elevator. If you go to the Gramercy, try not to die. Use the stairs.”