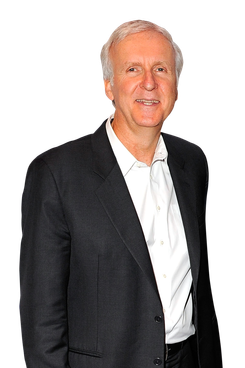 Last night, Popular Mechanics honored director James Cameron at their Breakthrough Awards. Sigourney Weaver, who’s worked with Cameron on Aliens and Avatar, presented the award to him, joking, “How could I resist coming tonight to honor — and annoy — a man who I’ve known since I first woke up from a deep cryogenic sleep?” At the reception before the ceremony, we caught up with Cameron and spoke with him about the Avatar sequels, who would play him in a biopic, and being the watchdog of Na’vi culture.

How are you planning to push 3-D technology in the Avatar sequels? What inspiration are you drawing from the scientific community, given that we’re surrounded by all these innovators here?
I always believe when you set a goal for a new product or a new process that you look around for the best people to create that. In terms of working with anyone here, I’d be honored! Like the guys who did this wind turbine, you know, I don’t think they need my help. They seem like smart people; they have their ducks in a row already, but I respect anyone who tackles something new that the world hasn’t seen before and succeeds.