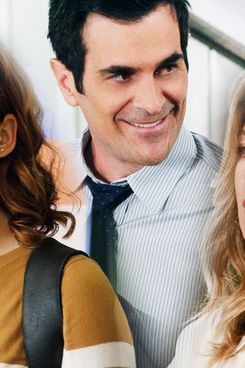 All this week we’ve been taking a long look at each network to see how they’re faring this season now that the initial hype has faded and shows new and old have settled into their natural level. We’ve covered the struggling NBC and the steady CBS, so today let us turn our magnifying glass to ABC. At the forefront of the comedy renaissance, the network has capitalized on it with the solid newcomer Suburgatory, and while some new soapy dramas have paid off (Revenge), others have not (Charlie’s Angels). Let’s take a look at the Alphabet network, from A to Z.

What’s next: We can’t keep track of everything ABC has on the shelf, but the network has lots of faith that the soap-y GCB and the Lost-y The River will attract viewers in the New Year. The network will certainly get attention (though mostly the derisive kind) for its upcoming cross-dressing comedy Work It!, but who knows if that’ll translate into viewers. The network is scheduled to expand its nascent Tuesday comedy block to four shows, with a possibly retitled Cougar Town and the promising Don’t Trust the Bitch in Apt. 23. And as frightful as the DWTS decline has been, the good news is, it gets to hit the reset button next March. Michele Bachmann should be free by next spring.

ABC Revived the TV Comedy With Modern Family, But Does That Make It a Hit Network?

season's beatings 9:00 a.m.
Violent Night Was an Idea ‘Just Stupid Enough’ to Exist The guys behind the R-rated holiday shoot-’em-up still sound incredulous — not only that it overperformed but that it reached the screen at all.
By Chris Lee
trailer mix 9:00 a.m.
Billie Piper Attempts a Comeback in the Trailer for I Hate Suzie Too The “anti-Christmas special” premieres on HBO Max December 22.
vulture lists 9:00 a.m.
The Best Books of 2022 Yes, this list features more than one book set in a postapocalyptic world, but have you looked around lately?
gift guide 8:00 a.m.
Vulture’s 2022 Holiday Gift Guide Gifts for cinephiles, Industry stans, and Swifties who already have all the official merch.
overnights 8:00 a.m.
Welcome to Chippendales Recap: The Godfather IV The Chippendales’ expansion and Steve’s antagonism splinter the group further.
overnights 12:12 a.m.
His Dark Materials Season-Premiere Recap: Death Is Going to Die After a two-year wait, Asriel’s megalomaniacal campaign kinda … hits different.
last night on late night Yesterday at 11:53 p.m.
Teresa Giudice Says She Got Super-Close With Shangela (But Can’t Say Her Name) Or Shen Angela, as she kept saying.
overnights Yesterday at 11:01 p.m.
His Dark Materials Recap: Your Strength, My Guile Coulter loses at chess, Asriel does an enhanced interrogation, and Mary Malone plays an adventure RPG.
overnights Yesterday at 9:00 p.m.
Below Deck Recap: Seasick Is Camille the laziest worker to ever walk the deck?
obits Yesterday at 8:47 p.m.
Kirstie Alley, Cheers and Drop Dead Gorgeous Star, Dead at 71 She led two hit sitcoms, Cheers and Veronica’s Closet.
cancellations Yesterday at 8:27 p.m.
HBO Max Ghosts FBoy Island After two seasons of the Nikki Glaser–hosted show.
timelines Yesterday at 7:31 p.m.
The Complete History of Ezra Miller’s Controversial Career From kidnapping allegations to pleading not guilty to felony charges to the DCEU’s master plan.
theater Yesterday at 6:46 p.m.
Becky Nurse of Salem’s Dark Brew of Witchery and Dunkin’ Deirdre O’Connell nearly holds together Sarah Ruhl’s play set in modern Salem.
trailer mix Yesterday at 6:37 p.m.
Shudder Acquires Viral Horror Movie Skinamarink It opens in theaters January 13, 2023.
bong hive Yesterday at 6:36 p.m.
Robert Pattinson Awakes From Cryogenic Sleep As Mickey 17 Bong Joon Ho’s Parasite follow-up has a teaser trailer.
the law Yesterday at 6:24 p.m.
Naomi Judd’s Family Has Filed to Dismiss Lawsuit Over Her Death Records In part because journalists are not seeking photos or body cam footage.
explainers Yesterday at 6:03 p.m.
The Biggest Questions Ahead of the Tory Lanez–Megan Thee Stallion Trial Here’s what could happen at the high-profile trial, where Megan has accused Lanez of shooting her in the foot.
vulture lists Yesterday at 5:00 p.m.
Every The Office Christmas Episode, Ranked From Belsnickel to Benihana.
un-plussed Yesterday at 4:25 p.m.
Are They Really Just Gonna Call It ‘Max’? HBO Max and Discovery+’s new combined streaming service is getting closer to picking a name.
sad girls rise Yesterday at 3:41 p.m.
SZA Puts Fans on Alert, Announces New Album S.O.S And a Phoebe Bridgers feature is spotted in the full track list.
More Stories