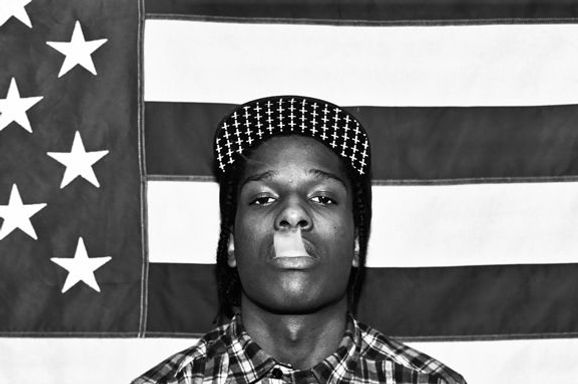 MP3 blogs have been fixated on Harlem rapper A$AP Rocky (born Rakim Mayers, after the relevant half of Eric. B & Rakim) for a few months now, thanks to Internet sensation “Purple Swag” and then his Hot 97–approved breakout “Peso.” Last week came news that Rocky signed with Sony/RCA for a whopping $3 million (Rocky: “Who would say no to a $3 million deal?  As long as I get more than Kreayshawn, I’ll do it”), and late last night, the 23-year-old dropped his highly anticipated mix tape, LIVELOVEA$AP. If you’ve been following Rocky with the obsessives, you’ll want to skip straight to that download, but if you’re new to the A$AP experience, please allow us to acquaint you with “Peso” and a few choice quotes from his many extraordinary interviews. Here’s a bit about his more mainstream audience (kind of): “Really though, I was dating this chick from Czechoslovakia — is that how you pronounce it? Her dad used to be around the house like, [sings] “Everything is purple.” Mind you, this is a rich-ass ni–a with a Bentley, all that shit.” And here’s Rocky on rap namesakes: “I can’t even meet [Rakim], man. That would be so crazy. I’m thinking about naming my child Kanye.” One more, on vegetarianism: “We all became vegetarians about a month ago — that means these guys are really dedicated. They’re on this dark shit with the all-black [clothes], they want to be rebels. I respect it. It’s a cult — they even have codes.” A$AP Rocky, everyone!