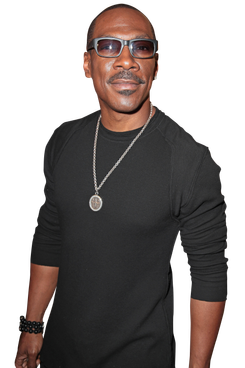 Once upon a time, back in the mid-eightes, Eddie Murphy was so foul-mouthed and influential that Bill Cosby himself called to complain about the effect Murphy’s comedy was having on his children. This story is a highlight of Murphy’s 1987 comedy film Raw; it’s also a stark reminder of how much the Murphy brand has changed. Once the breakout star of Saturday Night Live and Beverly Hills Cop, after a string of flops, Murphy switched from bad role model to kid-friendly star, and he’s spent the last ten years shunning the spotlight, save for his zany appearances in family films. With Tower Heist, opening today, and his looming gig as the host of the Academy Awards, Murphy is making a play for grown-ups, but will audiences still accept him as a real comedian? To find out, we spoke to industry insiders to answer the question: If Eddie Murphy were a stock, should you buy, sell, or hold?

Rating: Weak Sell or Strong Hold, at least until after the Oscars.

The Star Market: Can Tower Heist Break Eddie Murphy Out of His Family-Film Rut?

trailer mix 14 mins ago
Doctor Florence Pugh Will See You Now in The Wonder Pugh will star in a new period piece set in 1862’s Ireland.
overnights 25 mins ago
Monarch Recap: A Boy and His Bull Luke wanted to impress his father by being good at bull-riding, but everyone involved is better suited to be a rodeo clown.
trailer mix 7:16 p.m.
Danielle Deadwyler Transforms Into Mamie Till-Mobley in New Till Trailer Recounting Emmett Till’s lynching at the hands of racist Mississippians and his mother’s fight for justice.
crane family reunion 6:14 p.m.
He’s Still Listening: Frasier Is Getting a Paramount+ Revival The multi-cam spinoff has been officially ordered to series.
the law 6:05 p.m.
Brad Pitt and Angelina Jolie’s Expensive Lawsuit Over Cheap Rosé, Explained Jolie has filed a new cross-complaint against Pitt.
sister sister 5:59 p.m.
Dune: The Sisterhood Casts Its Founding Mothers The HBO shows tracks the spicy beginnings of the Bene Gesserit.
remembrance 5:00 p.m.
Loretta Lynn Was Fearless She created a world where women had permission to tell their truths.
By Marissa R. Moss
memoirs 4:50 p.m.
7 Revealing Stories From Constance Wu’s Memoir, Making a Scene Including sexual-harassment accusations on the set of Fresh Off the Boat and why she sent those tweets.
music notes 4:02 p.m.
A Tour of the Tolkien Lore in the Rings of Power Score Courtesy of series composer Bear McCreary.
vulture lists 4:00 p.m.
The Best Books of 2022 (So Far) A few novels, a transcendent memoir, and an old Greek tale to enjoy by the fire.
let's go lesbians 3:38 p.m.
Oh, Velma’s Taking It (She’s gay.)
rip 3:22 p.m.
Charles Fuller, Award-Winning Playwright, Dead at 83 He earned a Pulitzer Prize and Tony Award for A Soldier’s Play.
honky tonk angel 2:25 p.m.
Dolly Parton, Miranda Lambert, Reba McEntire, and More Honor Loretta Lynn “I wouldn’t even be making country music today if it weren’t for Loretta Lynn,” Margo Price wrote.
comedy review 1:56 p.m.
Welcome to Hasan Minhaj’s Inspirational School Assembly In The King’s Jester, the comedian’s boldness gets packaged into a too-slick presentation.
By Kathryn VanArendonk
overnights 1:30 p.m.
Ramy Season-Finale Recap: It’s Maktoub Who among us hasn’t eaten a pork hot dog by mistake?
yikes 1:14 p.m.
George R.R. Martin’s Co-authors Are Not Fit to Post Rise of the Dragon co-author Linda Antonsson has repeatedly critiqued the casting of people of color on Game of Thrones and House of the Dragon.
overnights 1:00 p.m.
Ramy Recap: Dogs Are Haram The men are going through it in this episode.
trailer mix 12:46 p.m.
J.Lo Fights Pirates in a Ball Gown in the Shotgun Wedding Trailer Alongside a very handsome Josh Duhamel.
vulture 10x10 12:00 p.m.
The Mother-Son Puzzle 22-Across, Four Letters: Wolff who co-starred in Pig.
overnights 11:25 a.m.
Bachelor in Paradise Recap: The Worst Birthday These are way too many feelings to be having this early in the season, Genevieve.
More Stories