Last time we convened the Monday Morning Movie Club, we were discussing the glamorous younguns of In Time. Today, though, we meet to go over the not-so-glamorous olds of J. Edgar! Clint Eastwood’s latest drama didn’t set the box office on fire this weekend (though hey, cracking eight figures for a 147-minute biopic about a mean, gay historical figure ain’t so bad), and critics gave it a mere 40 percent fresh rating on Rotten Tomatoes (one percent better than the proudly dumb Immortals, ouch), but there is plenty here to discuss for those of us who saw it, so let’s dive right in with a couple of talking points to get you started.

Who Was Your Favorite Pretty-Boy Transcriber?
In the movie’s primary framing device, Old Hoover dictates his memoirs to a succession of handsome young agents installed in his office, but which pretty-boy typist did you prefer? Did your audience laugh with recognition at the sight of sweaty-palmed Gossip Girl star Ed Westwick? When Hoover replaced him with Michael Rady from the Melrose Place reboot, was that an upgrade or a downgrade? Or did your tastes run more to music video impressionist Miles Fisher?

What Did You Think of the Old-Age Makeup?
Vulture put our own crack forensics team to work, and we were able to determine the following equations, which were surely tacked to the inspiration wall of the makeup team in charge of guiding Leonardo DiCaprio and Armie Hammer into their on-screen dotage: 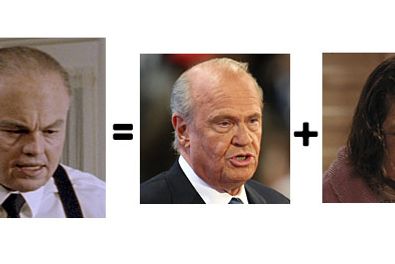 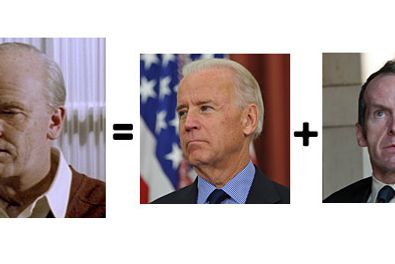 So Many Random Cameos!
Let’s be honest: Leonardo DiCaprio, Armie Hammer, and Judi Dench got plenty of juicy scenes, but the rest of the supporting cast didn’t have much to work with. (Sorry, Naomi Watts!) Still, that didn’t stop the cavalcade of totally random famous people appearing for one scene — or even just one line — to say something expository and then depart. Hello and good-bye, Dermot Mulroney! Lea Thompson, we hope you enjoyed your scrap of dialogue as much as we enjoyed going, “Whoa, is that Lea Thompson?” At least Stephen Root got a little bit more to do, as a wood-obsessed weirdo reminiscent of his character from Office Space (if Milton had time-traveled back to the thirties and transferred his affections from a stapler to a two-by-four).

Gay Edgar Hoover
Did the bad romance of DiCaprio and Hammer work for you? We’re a little worried about DiCaprio, who has burrowed so deeply into his “tragic period figure” phase that he’s forgotten how to strike sparks with anyone onscreen, but Hammer certainly tried to make up the gap. (We’ll admit that they made an adorable old couple, even if they reminded us of this.) And what did you think of the scene where Hoover tries on his mom’s dress? He really should have stopped at the necklace, right?

Does This Movie Have a Shot at Oscar?
Though plenty of top critics and Eastwood partisans liked it, J. Edgar didn’t pull in the sort of rave reviews that an Oscar contender truly guns for. Still, how do you rate the chances of DiCaprio and Hammer? The former seems likely to be nominated no matter what, but can he go the distance?