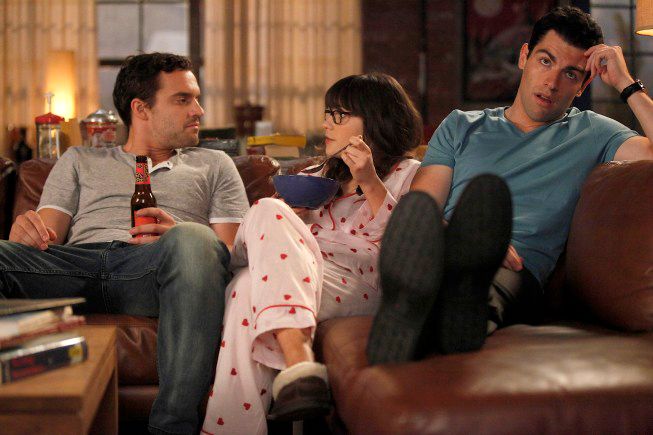 Just a few hours before New Girl returned from its month-long hiatus last night, Us Weekly broke the news that Zooey Deschanel and her husband, Ben Gibbard of Death Cab for Cutie, are getting divorced. For a lot of Deschanel fans, the split might only increase her appeal. Do you like Zooey because her persona is so non-intimidating that it seems like you might actually have a chance with her? Then congrats: That chance has improved! Slightly.

Meanwhile, after the meeting, Jess creeps into Nick’s room and announces, “I worked on something for you.” Pause. “Penis.” And: Chemistry! Amanda still hasn’t called, but Nick might not be ready for meaningless sex anyway. “Maybe when you are,” says Jess, “you’ll be ready to show her your other penis. Your heart-penis.” Will she be seeing Nick’s heart-penis in the future? We wouldn’t bet against it.