Back to School
Season 2 Episode 4 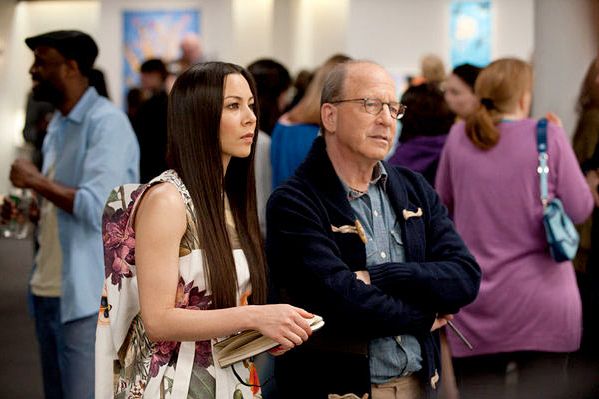 I’m afraid of fame. Not of being famous — that would be great, and would most likely pay better than anything I’m doing now. No: I’m afraid of famous people. When I’m around them, my chakras get jammed. On the outside, I affect a happy hologram of normality; inside, I’m going haywire. I act funny, say stupid things, become overly chummy, or often just hide. All the while I’m thinking, I can’t believe I’m with so-and-so. This is the strange power of being famous. John Waters once called it “a curse.”

Kymia’s fairy tale is the winner, and the undeserving loser this week is an artist I’ve been pretty hard on, Tewz. I have to admit I kind of like his concrete sculpture of the word grow. But I suspect this self-defined “street artist” would have been sent home sooner or later. As he said of us when we were unable to see that his work was what he called “beautiful,” “Fuck ’em.” After we filmed, I went to his website for a look, and if he reins in his cartooning tendencies and the ’tude, he could be fine.

Which is exactly how I felt about myself by show’s end. The extremely famous Sarah Jessica Parker was one of the sweetest, most articulate, perceptive, sensitive, smart guest judges we’ve had on the show. She spoke more clearly about art than most people in the art world do. She not only deactivated the fame curse — she ably got me over my idiotic prejudices about celebrity. Strange brew, this dancing naked in public.