HBO’s dense Game of Thrones series can be hard to keep track of. The first season started with some hefty exposition, followed by less-hefty sexposition, and then dozens of deaths. There are made-up languages and intense power struggles and incest and armor and hair-braiding and oh boy. But as we ready for Season 2 (which premieres Sunday), Vulture is ready to lay it out for you in clear, concise, mathematical form: Here’s Game of Thrones’ first season, strictly by the numbers — the number of bare breasts and murders per episode, the demographic breakdown of its fandom (Lord of the Rings fans vs. Harry Potter fans vs. poli-sci majors), and much more. How do you say “fun with pie charts” in Dothraki?

Nudity Per Episode by Body Part

* Single love scene between Cersei and Jaime gets two points (one per family member) owing to incest loophole.

Breakdown of Major Cast by Country of Origin

* Note on methodology: Numbers only include murders seen visibly performed during show. Stabbings, beheadings, disembowelings, and battle slaughter that occur off-screen not included in tally.

Amount of Game of Thrones Viewers' Hearts Broken by Each Death 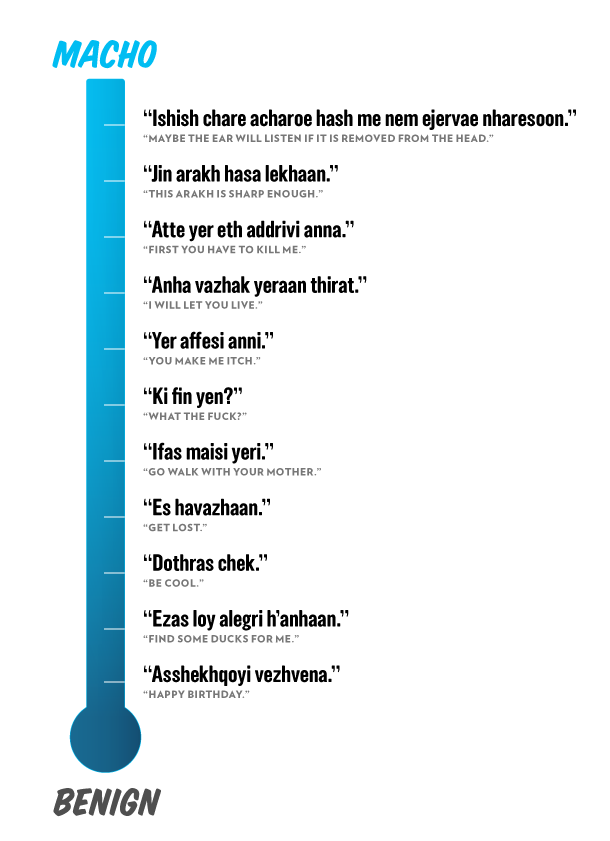 Game of Thrones, Broken Down Into Chart Form

now streaming 2133 seconds ago
New on HBO and HBO Max: March 2021 Godzilla vs. Kong, Zack Snyder’s Justice League, Speed, and more.
awards season 3 mins ago
Nomadland and Borat Subsequent Moviefilm Lead the 2021 Golden Globes Winners As well as Jason Sudeikis’s tie-dye hoodie.
oscar futures 29 mins ago
How the Golden Globe Results Just Changed the Oscar Race With Oscar nomination voting beginning this week, how did the HFPA’s picks affect the race?
By Nate Jones
profile 8:00 a.m.
Youn Yuh-jung Comes to America The actress’s heart-shattering performance in Minari is likely to get an Oscar nod. She’s been doing this too long to care.
By E. Alex Jung
vulture picks 7:30 a.m.
25 Notable New Releases Over the Next Two Weeks Selena Gomez’s Spanish-language EP, a new Spongbob movie, an excerpt from Klara and the Sun, and more.
at the box office 2:16 a.m.
You All Dropped the Cat-and-Mouse Game and Saw Tom and Jerry in Theaters The movie had a very encouraging opening weekend in theaters, all pandemics considered.
oprah 1:40 a.m.
Oprah Teases ‘Pretty Shocking Things’ in Upcoming Meghan and Harry Interview “Were you silent … or were you silenced?”
that's nuts 12:56 a.m.
The Golden Globes Were an Edge-of-Your-Seat Psychological Thriller The award for Best TV Series, Drama, should have gone to the awards ceremony itself.
By Rachel Handler
golden globes 2021 12:42 a.m.
This Year’s Golden Globes Were the Wrong Kind of Mess Tina Fey and Amy Poehler were fine hosts, but the ceremony overall was an exhausting reminder that this whole pandemic is really getting old.
allen v. farrow 12:39 a.m.
Dylan Farrow Addresses Allen v. Farrow Video of 7-Year-Old Self Alleging Abuse Sunday’s episode contains footage recorded in 1992 of Farrow’s abuse allegations against Woody Allen.
golden globes 2021 12:22 a.m.
Gillian Anderson Is Watching the Sun Rise Over Prague Alone Sure, she won, but at what cost?
golden globes 2021 Yesterday at 11:46 p.m.
The Highs, Lows, and Whoas of the 2021 Golden Globes From Tina and Amy making it work to Jason Sudeikis doing … whatever he was doing.
the gold rush Yesterday at 11:16 p.m.
Chadwick Boseman’s Wife Honors Him in Posthumous Golden Globe Acceptance Speech “He would say something beautiful, something inspiring, something that would amplify that little voice inside of all of us that tells you you can.”
the gold rush Yesterday at 11:10 p.m.
See Every ‘Red Carpet’ Look From the 2021 Golden Globes  Here’s to looking glam even at home.
By Savannah Salazar
golden globes 2021 Yesterday at 10:28 p.m.
That Feeling When Jason Sudeikis’s Edibles Hit Before His Golden Globes Speech “I kind of reject the premise of being the Best Actor.”
golden globes 2021 Yesterday at 10:21 p.m.
Make Beverly Jackfruit and François Jean-Rudy the HFPA’s New Black Members A.k.a. Maya Rudolph and Kenan Thompson.
overnights Yesterday at 10:02 p.m.
The Walking Dead Recap: New Sheriff in Town The extended tenth season kicks off with Hurricane Maggie blowing into A-town, with force.
red carpet Yesterday at 9:38 p.m.
Finally, Celebs Have Learned That They Must Stand for the Zoom Red Carpet The lewks simply demand it.
overnights Yesterday at 9:13 p.m.
The Real Housewives of Atlanta Recap: Social Justice Snatch We leave South Carolina on a rocky note and head back to Hotlanta, where memories of Bolo continue to loom large.
the gold rush Yesterday at 8:53 p.m.
Tina Fey and Amy Poehler Open Globes by Zinging HFPA’s Lack of Black Members “You gotta change that!”
More Stories