Among the films premiering at South by Southwest this Saturday, none can boast a cast as fever-dream eclectic as the wild comedy Small Apartments. Directed by in-demand music video helmer Jonas Akerlund, it stars Brit comedian Matt Lucas as a Los Angeles man who kills his landlord (Peter Stormare) and comes into contact with the following people while trying to cover up his crime: his insane brother, played by James Marsden, who sends him toenail clippings and audio tapes narrated by Dolph Lundgren, as well as a fire investigator played by Billy Crystal, a pothead portrayed by Johnny Knoxville, a sexy mother-daughter duo played by Saffron Burrows and Juno Temple, and other assorted personalities who include Rosie Perez, Rebel Wilson, James Caan, Amanda Plummer, and Project Runway All-Stars hostess Angela Lindvall. Vulture’s got the exclusive premiere of the poster, if you can still see straight after imagining a movie that could fit in all those people. 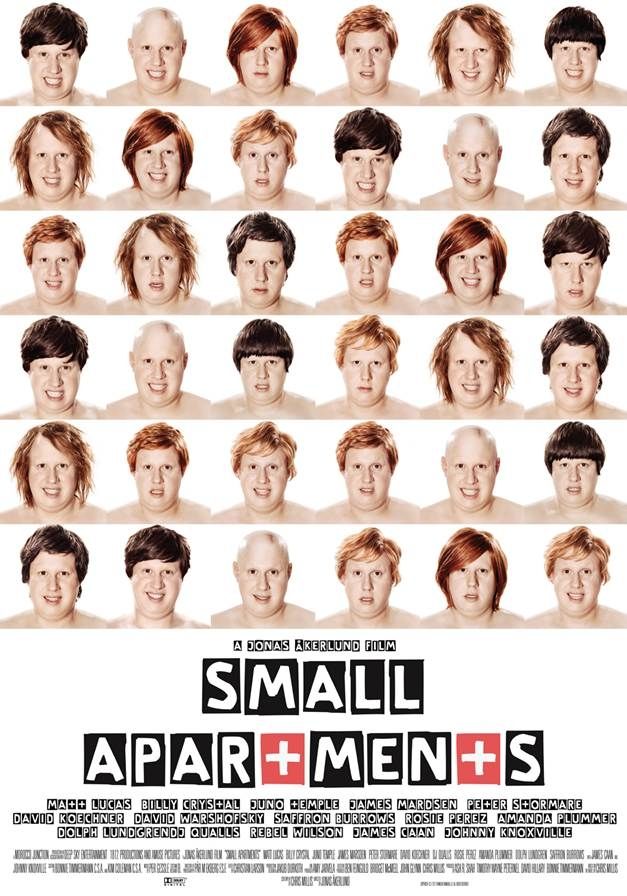