Savages opens this weekend. You know, the Oliver Stone drug opera, with Blake Lively in a three-way relationship with Tim Riggins and Aaron Johnson. The movie is just one of many pop-culture Savages, though — there are other Savage movies, TV shows, characters, and even a myth buster. Here’s your guide to keeping them straight.

The Savages, a 2007 movie starring Laura Linney and Phillip Seymour Hoffman. It’s not very savage, though it is very well done and super depressing.

The Savages, a family. Fred and Ben are the most nostalgia-inducing of all savages.

Complete Savages, a 2004 TV show. This was the last gasp of TGIF. Keith Carradine starred as a single father to five boys. Also, there was a dog.

Dan Savage, columnist and activist. In addition to his hugely popular “Savage Love” advice column and podcast, Dan Savage also founded the It Gets Better Project. Basically the opposite of savage.

“Savages,” the song from Pocahontas. What a problematic anthem for colonialism!

Doc Savage, pulp icon. Please, no one give the Man of Bronze the John Carter treatment. 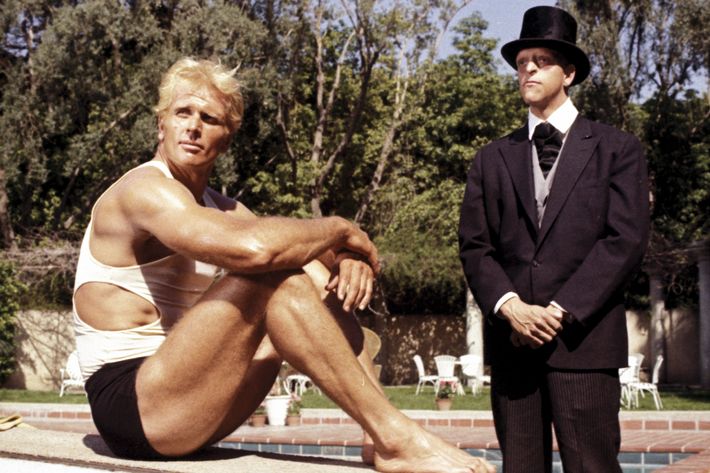 Savage Garden, band. I wanna stand with you on a mountain / I want to bathe with you in the sea / I want to lay like this forever / Until the sky falls down on me.

A Civilized Guide to Your Pop-Culture Savages

dancing with the stars 7 mins ago
JoJo Siwa Is Jenna Johnson’s Girl in Dancing With the Stars Debut Siwa quickstepped her way to history in the show’s first same-sex pairing.
manchester's finest 12 mins ago
Liam Gallagher Fell Out of a Helicopter, Bruv “Who said RnR is dead Keith Moon eat your drum skin out.”
trailer mix 14 mins ago
The Problem With Jon Stewart Teaser: ‘We Should Put a Comma in That’ He’s back with a beard September 30 on Apple TV+.
trailer mix 20 mins ago
Joel Coen’s The Tragedy of Macbeth Trailer This Way Comes Denzel Washington is going A24 mode.
overnights Yesterday at 8:41 p.m.
﻿Sex Education Recap: A New Direction Hope’s authoritarian leadership is getting out of control — if something doesn’t change soon, who knows the consequences for the students?
overnights Yesterday at 8:06 p.m.
Y: The Last Man Recap: Poor Little Rich Kids Hero continues her reign of terror, while 355 finally reads Yorick the riot act.
now streaming Yesterday at 4:30 p.m.
Checking In On Netflix’s Original Movies: September 2021 Edition Including a prestige-y legal drama starring Michael Keaton and Stanley Tucci.
overnights Yesterday at 3:19 p.m.
90 Day Fiancé: The Other Way Recap: Evelin vs. Ari for ‘Season’s Worst Person’ Evelin and Ari have been exceptionally cruel to Corey and Bini, but let’s not forget that Steven is embarrassing and worth hating, too.
overnights Yesterday at 2:41 p.m.
﻿Sex Education Recap: It’s Always Been You Otis finally tells Maeve he loves her, and they have the kiss we’ve been waiting two and a half seasons for.
country Yesterday at 2:34 p.m.
Org Touted by Morgan Wallen ‘Disappointed’ in Singer’s Anti-Racism Efforts He donated $165,000 to the Black Music Action Collective, yet Rolling Stone could not trace the rest of his promised $500,000.
a long talk Yesterday at 2:15 p.m.
How Gillian Laub Shot Her Way Through the Trump Years The photographer was horrified by her family’s support for Trump. So she turned her camera into a “mediator.”
By Jillian Steinhauer
babies Yesterday at 2:02 p.m.
Jeannie Mai Jenkins Is Having a Baby With Husband Jeezy “I can definitely say that our Real fam is growing …”
the law Yesterday at 2:00 p.m.
R. Kelly’s Sex-Crimes Trial Nears Its Bitter End The prosecution has rested, and the defense case is already is a mess.
disrespect the classics Yesterday at 1:20 p.m.
Eric Clapton Must Be Miserable Tonight, Because He Broke His COVID Tour Mandate He previously vowed to never perform at a venue that “discriminated” against unvaccinated people.
tv review Yesterday at 1:13 p.m.
The Emmys Need to Watch More TV In a television landscape undergoing explosive growth, the TV Academy isn’t looking far or wide enough.
trailer mix Yesterday at 1:07 p.m.
Despite its Title, The Worst Person in the World Trailer Doesn’t Have Jeff Bezos Starring Renate Reinsve.
streamliner Yesterday at 12:57 p.m.
Roku’s New Streaming Devices Promise to Be Faster By 30 percent, in fact.
wakes Yesterday at 11:30 a.m.
Biz Markie Had Exactly What Hip-Hop Needed Rap’s pioneering “Clown Prince,” as remembered by his friends, family, collaborators, and admirers.
By Drew Fortune
where's the beef? Yesterday at 11:20 a.m.
Machine Gun Kelly Tried to Come for Slipknot at Riot Fest He dissed the band for “being 50 years old, wearing a f*ckin’ weird mask on a f*ckin’ stage.”
renewals Yesterday at 11:16 a.m.
Virgin River Will Run for Two More Seasons at Netflix Starring  Alexandra Breckenridge and Martin Henderson.
More Stories