The Expendables 2 once again assembles an all-star lineup of craggy, differently preserved action stars to kill and deliver bad puns while killing, just like the old days. This strength-in-numbers approach to action worked well the first Expendables ($274 million worldwide) — so well that we think this troupe could branch out into making different genres of ensemble films. And since the Expendables franchise is essentially a remake of every other action movie ever made, why shouldn’t Stallone, Schwarzenegger, & Co. remake other sprawling-cast favorites? Check out their takeover of The Royal Tenenbaums, The Big Chill, and Now and Then. Wouldn’t they all be improved with a little more firepower? 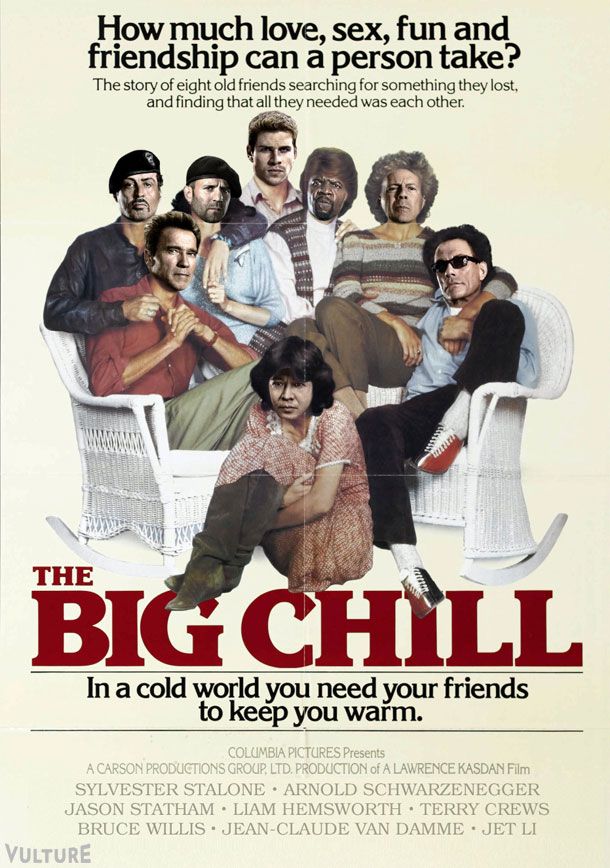 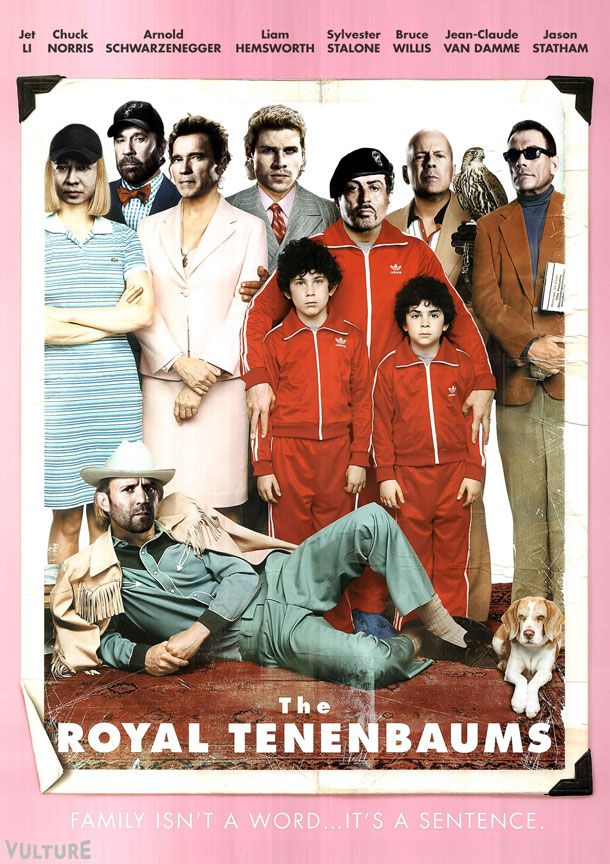 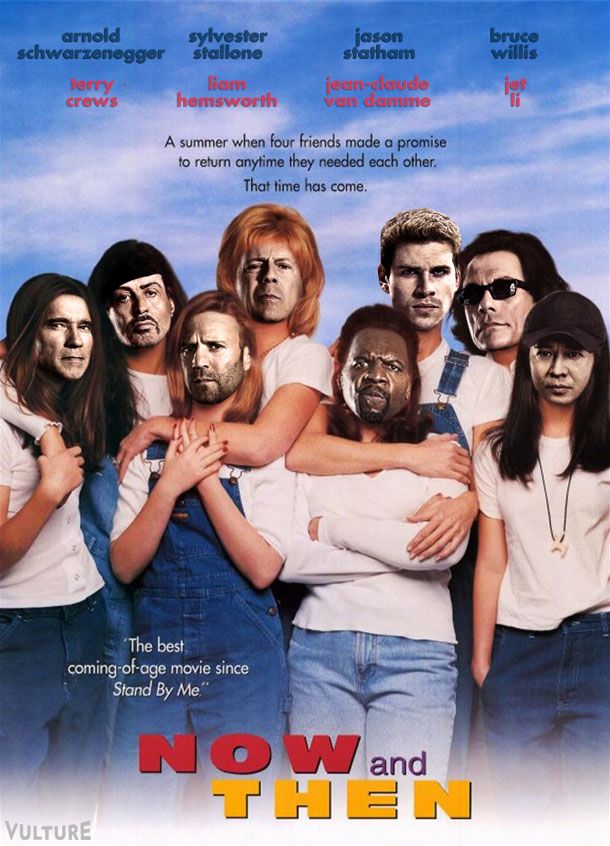 Are the Expendables the New Royal Tenenbaums?

arrests 1:12 p.m.
Polo G Arrested During a Police Stop Leaving His Album-Release Party in Miami His mother alleges police dragged the rapper and his underage brother out of the car where they had been passengers with a security team.
overnights 12:00 p.m.
Love, Victor Recap: A Mother’s Love After all the tension between her and Victor this season, it’s a relief to see Isabel beginning to rise to the occasion.
shit show at the f--k factory 11:54 a.m.
Ultimate Slip ‘N Slide Got Shut Down by Explosive Diarrhea, Don’t Act Surprised Well, this isn’t how NBC wanted to build hype for Ultimate Slip ‘N Slide.
overnights 10:00 a.m.
RuPaul’s Drag Race Down Under Recap: Feeling Ravenous It may be Pride month, but everyone in this werkroom could do with a healthy dose of shame.
overnights 6:00 a.m.
Love, Victor Recap: The Perfect Level of Gay Is Victor willing to sacrifice a part of his identity in order to forge a new one?
overnights Yesterday at 11:00 p.m.
Love, Victor Recap: You Never Forget Your First Felix and Victor discover just how confusing first-time sexual encounters can be, regardless of orientation.
overnights Yesterday at 6:00 p.m.
Love, Victor Recap: The Court of Public Opinion Victor’s announcement invites a rather predictable cold shoulder from some of the people in his life, but others are warming up in heartening ways.
disrespect the classics Yesterday at 3:49 p.m.
Eric Clapton and Van Morrison Have Their Oh, Hello Moment With ‘The Rebels’ They’re back and ornery as ever.
awards Yesterday at 3:06 p.m.
Other Nerds Join Our Craig Jenkins in Being Recognized by Pulitzer Here’s your full list of this year’s winners and finalists.
twitter Yesterday at 1:50 p.m.
And on the 10th Day, Lorde Gave Us Memes She’s back.
lorde Yesterday at 1:02 p.m.
Lorde’s ‘Solar Power’ Was Inspired by Larry David’s Vacation Home She was “on Martha’s Vineyard with my good friend Cazzie, staying at her house.”
soundtracks Yesterday at 12:35 p.m.
We Finally Have New SZA and It’s Thanks to the Space Jam 2 Soundtrack Listen to “Just For Me” with SAINt JHN now.
new music Yesterday at 12:03 p.m.
Polo G Collabs With Nicki Minaj and Inducts Her Into His New Hall of Fame Album Their track “For the Love of New York” is one of ten collabs on the project.
overnights Yesterday at 12:00 p.m.
Love, Victor Recap: The Truth Will Set You Free Isabel thinks she’s doing Victor a favor, but all she really does is get into his head.
chat room Yesterday at 12:00 p.m.
Valentina Steals In the Heights With Just One Line An interview with the former RuPaul’s Drag Race contestant about her big-screen debut.
close reads Yesterday at 11:58 a.m.
Love, Victor Is Maturing Into a Better, Messier Version of Itself Season two of the Hulu YA series gets more explicit, yes, but it also allows its protagonist, and the series, to exist outside tidy resolutions.
music videos Yesterday at 11:29 a.m.
Doja Cat Has a Hot Alien Summer in the ‘Need to Know’ Music Video Featuring Earth-bound martian Grimes.
album review Yesterday at 11:17 a.m.
Sleater-Kinney Is Whatever Sleater-Kinney Says It Is Path of Wellness flouts the accepted wisdom about what happens to bands when the most beloved lineup changes.
By Craig Jenkins
maroon nicks Yesterday at 10:54 a.m.
Stevie Nicks and Maroon 5 Have the ‘Remedy’ for a New Summer Bop Grab the shawls, girls.
albums Yesterday at 10:23 a.m.
Migos’ Culture III Has Cardi B, Drake, Juice WRLD, and Pop Smoke Along with Justin Bieber, Future, and more.
More Stories