Last night, a new season of Simon Cowell’s imported Idol-wannabe X Factor kicked off with tears, weird auditions, and anti-bullying campaigns aplenty. Vulture’s Dave Holmes will be recapping the show in full, but as you are probably aware, this season features a certain new judge, and Vulture is particularly interested in the comings and goings of said judge. As in, we have been looking forward to Mean Britney for months. So to celebrate the return of Britney Spears, here is an obsessively detailed scorecard of her first night on national television. Unusual faces ahead.

General Mood: Sunny, with hints of boredom
Fox has been doing its best to sell Mean Britney — a concept that Vulture supports wholeheartedly — and went so far as to edit all her withering lines into one two-minute “It’s Bitch-Britney” montage. But her harshest moments were left in pre-tape; when faced with an actual human singing terribly before her, Britney really only dropped a nose wrinkle or a barely acid “I wanna know who let you onstage.” For the most part, she was chipper, called everything “amazing,” and only occasionally let the camera catch her picking her nails.

Sass Factor: 6 (out of 10)
Like we said, it was mostly kept to the early rounds. But imagine this face saying “no”: 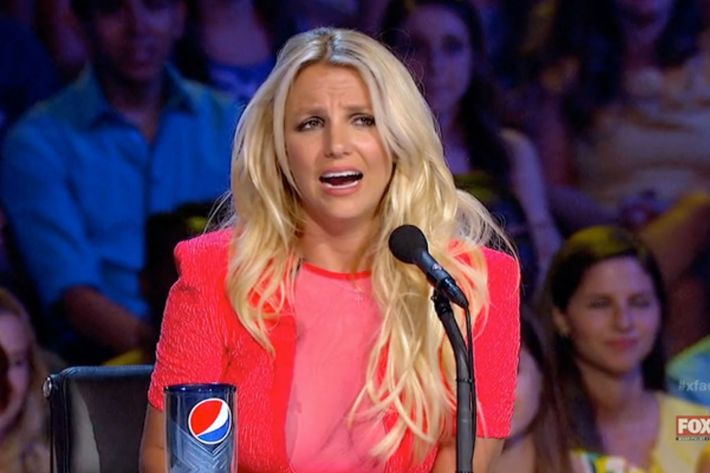 Relatability/Personal Anecdotes: 4 (out of 10)
As Vulture reported yesterday, the X Factor judges tried to throw Britney last night with a contestant she’d actually sung with before. (The infamous Britney–Don Philip duet is here, should curiosity get the best of you.) Most of the drama was cut from the broadcast, but from what we saw, Brit is still a little reluctant to actually share herself with the adoring public. “I know him! We used to record together!” was all the personal history we got. (It was kinda cold.) We’re gonna mark this as “room for improvement,” and request some Jayden stories or some Justin Timberlake shade. Speaking of JT shade, look at these glasses: 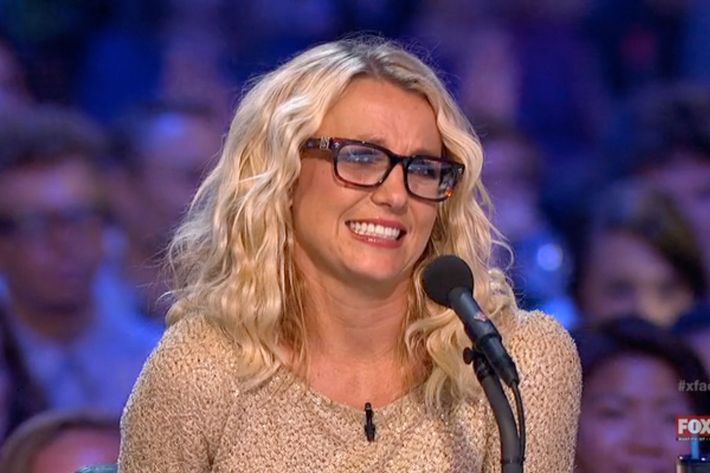 Hair Situation: 7 (out of 10)
This has been a historical “problem area” for Britney, and the opening credits were a little troubling — but she cleaned up for the auditions. The shorter look is good. Stay with that.

Most Genuine Moment: Britney waving at the tiny child of contestant and single mother Paige Thomas. 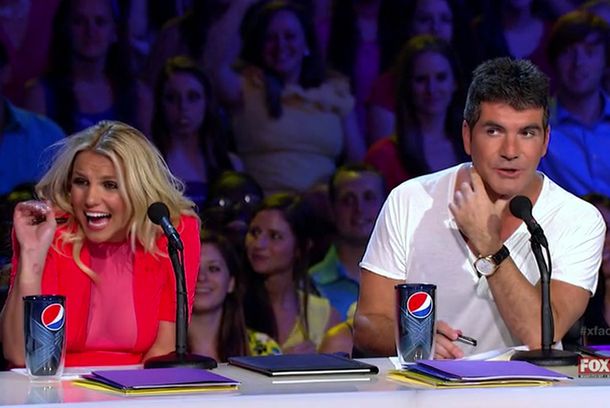 Most Thoughtful Feedback (to the terrifying boy band known as “Emblem 3”): “Well, I find it interesting. I think you guys were very funky, and your voices were smooth. I thought you guys were great, it was amazing.”

Best Mean-Girl Moment: Britney pretending to be interested in Demi Lovato’s tattoo dreams (while getting her hair fixed) 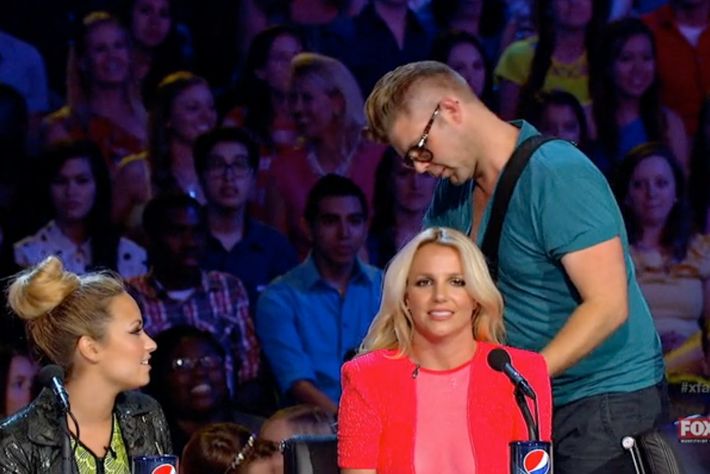 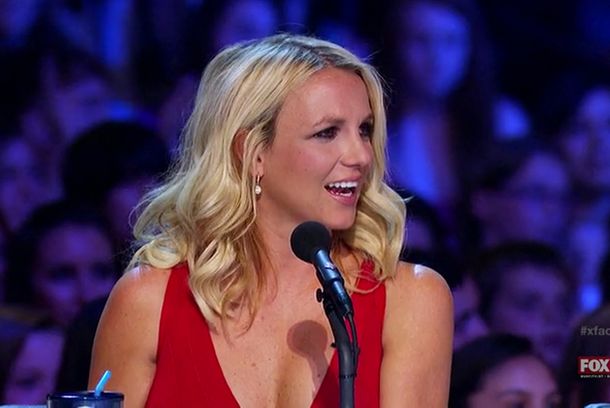 Britney Watch: How Did Her First X Factor Go?