There is an entire generation of kids that grew up watching the spooky-when-you’re-12 Nickelodeon series Are You Afraid of the Dark? in the early nineties that is now old enough to tolerate more chilling, adult fright fests. But why should screenwriters search for new terrifying ideas when they could simply mine the AYAOTD back catalogue and make those old stories more nightmare-y? Patrick Sullivan has done half the work by designing eerie posters for grown-up versions of three classic episodes often cited as the series’ spookiest: “The Tale of Dead Man’s Float,” “The Tale of the Night Nurse,” and “The Tale of the Dangerous Soup” (with Neve Campbell, of course). 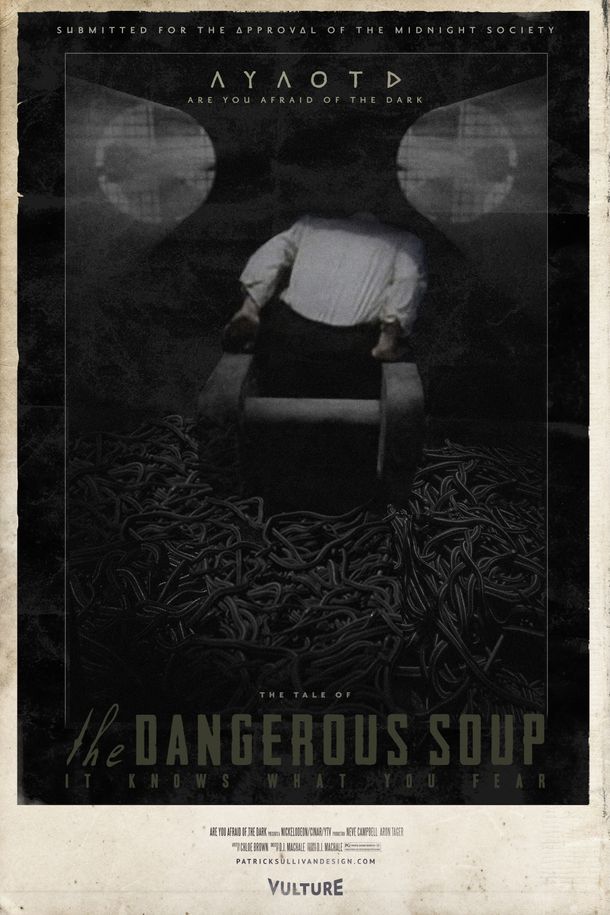 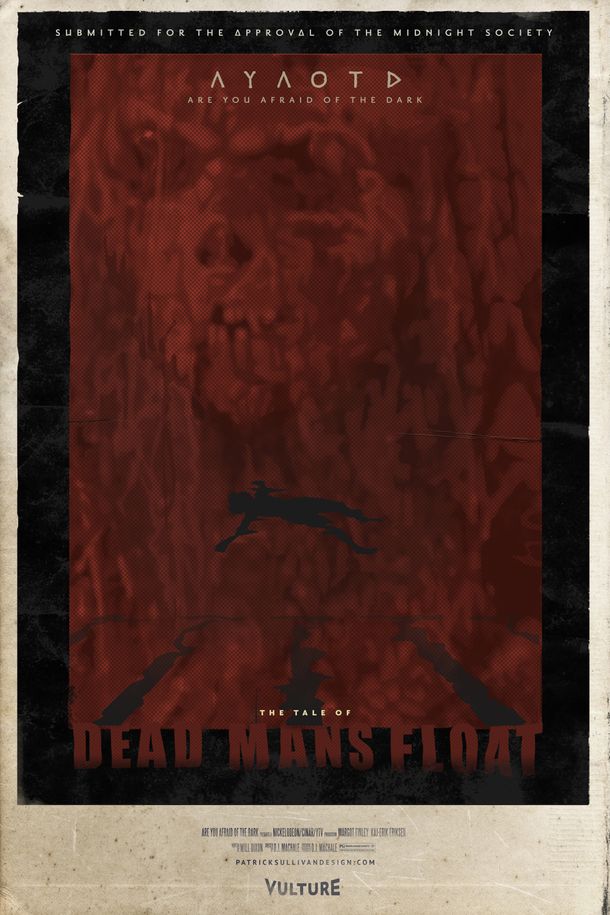 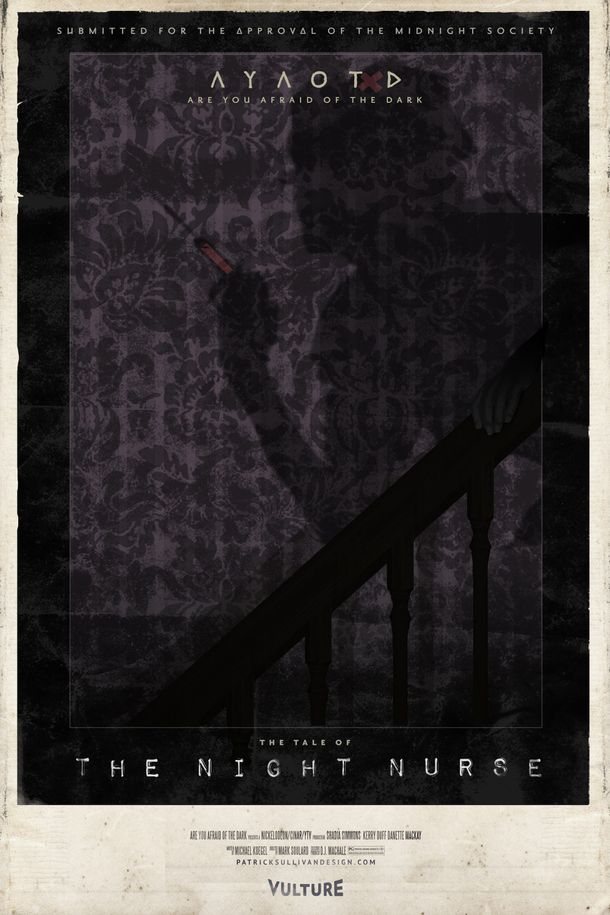 Are You Afraid of the Dark? As Real Horror

kellyoke 5 mins ago
Kelly Clarkson Simply Stuns With Ariana Grande Cover 98 transportive seconds of music.
snl 11 mins ago
Nick Jonas Is a Property Brother in This Cut-for-Time SNL Sketch This sketch about man caves is more like a man’s grave.
last night on late night 11:18 a.m.
Last Week Tonight Covers the Police-Raid Culture That Killed Breonna Taylor And calls out Governor Andrew Cuomo.
why you gotta be so mean? 11:17 a.m.
Taylor Swift Calls Out Netflix, Ginny & Georgia for ‘Deeply Sexist’ Joke “This outfit doesn’t look cute on you,” she added to Netflix, home to her documentary Miss Americana.
golden globes 2021 10:51 a.m.
Jodie Foster Thanked Her Wife, Her Dog, and Aaron Rodgers in Her Globes Speech Did Jodie Foster set Aaron Rodgers and Shailene Woodley up?
now streaming 9:25 a.m.
New on HBO and HBO Max: March 2021 Godzilla vs. Kong, Zack Snyder’s Justice League, Speed, and more.
awards season 9:21 a.m.
Nomadland and Borat Subsequent Moviefilm Lead the 2021 Golden Globes Winners As well as Jason Sudeikis’s tie-dye hoodie.
oscar futures 8:54 a.m.
How the Golden Globe Results Just Changed the Oscar Race With Oscar nomination voting beginning this week, how did the HFPA’s picks affect the race?
By Nate Jones
profile 8:00 a.m.
Youn Yuh-jung Comes to America The actress’s heart-shattering performance in Minari is likely to get an Oscar nod. She’s been doing this too long to care.
By E. Alex Jung
vulture picks 7:30 a.m.
25 Notable New Releases Over the Next Two Weeks Selena Gomez’s Spanish-language EP, a new Spongbob movie, an excerpt from Klara and the Sun, and more.
at the box office 2:16 a.m.
You All Dropped the Cat-and-Mouse Game and Saw Tom and Jerry in Theaters The movie had a very encouraging opening weekend in theaters, all pandemics considered.
oprah 1:40 a.m.
Oprah Teases ‘Pretty Shocking Things’ in Upcoming Meghan and Harry Interview “Were you silent … or were you silenced?”
that's nuts 12:56 a.m.
The Golden Globes Were an Edge-of-Your-Seat Psychological Thriller The award for Best TV Series, Drama, should have gone to the awards ceremony itself.
By Rachel Handler
golden globes 2021 12:42 a.m.
This Year’s Golden Globes Were the Wrong Kind of Mess Tina Fey and Amy Poehler were fine hosts, but the ceremony overall was an exhausting reminder that this whole pandemic is really getting old.
allen v. farrow 12:39 a.m.
Dylan Farrow Addresses Allen v. Farrow Video of 7-Year-Old Self Alleging Abuse Sunday’s episode contains footage recorded in 1992 of Farrow’s abuse allegations against Woody Allen.
golden globes 2021 12:22 a.m.
Gillian Anderson Is Watching the Sun Rise Over Prague Alone Sure, she won, but at what cost?
golden globes 2021 Yesterday at 11:46 p.m.
The Highs, Lows, and Whoas of the 2021 Golden Globes From Tina and Amy making it work to Jason Sudeikis doing … whatever he was doing.
the gold rush Yesterday at 11:16 p.m.
Chadwick Boseman’s Wife Honors Him in Posthumous Golden Globe Acceptance Speech “He would say something beautiful, something inspiring, something that would amplify that little voice inside of all of us that tells you you can.”
the gold rush Yesterday at 11:10 p.m.
See Every ‘Red Carpet’ Look From the 2021 Golden Globes  Here’s to looking glam even at home.
By Savannah Salazar
golden globes 2021 Yesterday at 10:28 p.m.
That Feeling When Jason Sudeikis’s Edibles Hit Before His Golden Globes Speech “I kind of reject the premise of being the Best Actor.”
More Stories