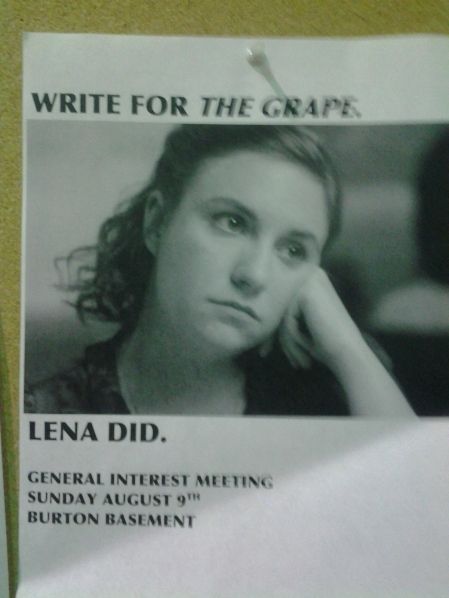 do you believe 4:19 p.m.
Cher Rescuing the World’s Loneliest Elephant Was Totally on Our 2020 Bingo Cards As one does.
false advertising 1:26 p.m.
Floribama Shore Season 4 Pauses Production After Positive Coronavirus Test … and it’s not even filming in Floribama!
vulture lists 1:00 p.m.
Every The Office Christmas Episode, Ranked From Belsnickel to Benihana.
bread 12:24 p.m.
Nathan Fielder Runs a Hype House in This How to With John Wilson Making-of Clip It’s like if The Vow was worth watching.
docuseries 11:14 a.m.
How John Wilson Made the Perfect COVID-Era TV Finale The documentarian discusses the unexpectedly moving episode of his HBO series.
By Kathryn VanArendonk
quarantine 12:56 a.m.
Eric Clapton Joins Van Morrison for New ‘Anti-Lockdown’ Song ‘Stand and Deliver’ Which reminded people of some other terrible ideas Eric Clapton has thrown his weight behind.
happy holidays Yesterday at 10:44 p.m.
It’s No Cats, But Idris Elba’s Paul McCartney Holiday Special Sounds Purrrfect No tap-dancing and zero Judi Dench, but Idris is still committed to delivering a gift to you this Christmas.
cancellations Yesterday at 9:27 p.m.
Amazon’s Utopia Comes to an End After One Season Since you probably have all the scary pandemic drama you need for the moment.
my single is dropping Yesterday at 7:32 p.m.
Wake Up From Your Thanksgiving Food Coma to J.Lo’s New Single ‘In the Morning’ Your dried-out turkey might leave a bad taste in your mouth, but Jennifer never will.
now streaming Yesterday at 6:30 p.m.
What’s Leaving Netflix: December 2020 The Office, Back to the Future, Spider-Man: Into the Spider-Verse, and more.
chickens Yesterday at 2:51 p.m.
Allow Drew Barrymore to Introduce You to Her Chickens “You can almost do anything to them when they’re laying eggs.”
overnights Yesterday at 12:22 p.m.
The Mandalorian Recap: The Secret Origin of Baby Grogu A compact, samurai movie-inspired episode offers up a flood of new information about Mando’s Jedi companion, and even more Clone Wars connections.
oscar futures Yesterday at 12:00 p.m.
Oscar Futures: An Elegy for Amy Adams’s Chances It says something that even Amy Adams’s own fans don’t want the actress to win her long-awaited trophy for Hillbilly Elegy.
By Nate Jones
trailer mix Yesterday at 11:38 a.m.
Santa Calls in Backup in the Mariah Carey’s Magical Christmas Special Trailer With Jennifer Hudson, Ariana Grande, Snoop Dogg, Tiffany Haddish, and more.
overnights Yesterday at 11:25 a.m.
The Great British Baking Show Season Finale Recap: Bubble Over In the end, the weirdest season in Great British history brought me to tears after all.
By Rachel Sugar
he's baby Yesterday at 10:21 a.m.
Baby Yoda Has a Real Name and You’re Not Gonna Like It Call Him By His Name.
movie review Yesterday at 9:00 a.m.
Small Axe Is a Revelation Steve McQueen’s Lovers Rock is undoubtedly one of the most transfixing films of the year.
By Angelica Jade Bastién
superlatives Yesterday at 7:00 a.m.
Billy Corgan on the Best, Worst, and Pumpkin Chord-iest of Smashing Pumpkins The Smashing Pumpkins front man on his new double LP, CYR, Mellon Collie’s unexpected legacy, and what the hipsters still get wrong about his band.
gobble gobble Yesterday at 1:34 a.m.
Courteney Cox Gives Gift Of Recreating Her Iconic Friends Turkey Head Dance “The One Where Monica Geller’s Still Got It.”
my album is dropping Yesterday at 12:46 a.m.
In the Spirit of Giving, Bad Bunny Releases New Album El Último Tour del Mundo He also released a music video for his single “Yo Visto Así.”
More Stories