Even after his successful rebranding this year as a Master Thespian, it may still be jarring to realize that Matthew McConaughey has dropped over 30 pounds to play an unlikely AIDS activist in his new movie, The Dallas Buyers Club. Normally the very picture of male pulchritude, the now-gaunt McConaughey wears shirts (an item of clothing he never quite took to) that hang limply over his whittled-down body, and it’s natural to feel concerned: Matthew, are you all right (all right, all right)? To properly gauge the extent of McConaughey’s transformation, let’s peruse some photos of his current look, and let’s also look at pictures of the actor in his prime, as we knew him best: shirtless and eating.

So skinny, and yet so wiry! Willem Dafoe, there is another.

Shorn of his protruding pecs — the locus of his power, like Samson with his hair, Owen Wilson with his nose, or Lana Del Rey with her updo full of secrets — and dressed up with a fedora and sunglasses from the Sad Old Man collection, McConaughey is now ready to become a hunched-over regular in the corner of your local dive bar.

In this file photo of McConaughey in bustier times, you can see that the tricky hat-sunglasses combo can only be deemed “rakishly charming” when it’s worn by a buff movie star who’s perfectly calibrated his tan to the Pantone color Apricot Orange. (Also pictured: the magic goblet McConaughey once used to turn Tecate into liquid creatine.)

His dimples now twin crevasses, Skinny Matt stares quizzically at a paparazzo who asks him to say “cheese.” Cheese, he thinks to himself. I once threw a bitchin’ fondue party for Kate Hudson, Richard Linklater, Sandy Bullock, Lance Armstrong, and an iguana. We had so much cheese that night, in my trailer. I’m going to pass out now. 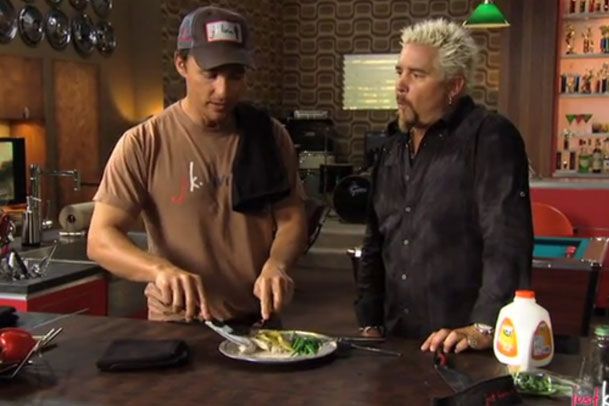 In happier times, Matthew McConaughey could eat a calorie-stuffed meal of greens and fried bits of Guy Fieri’s peroxided hair, lathered in a delicious cream sauce. No longer. 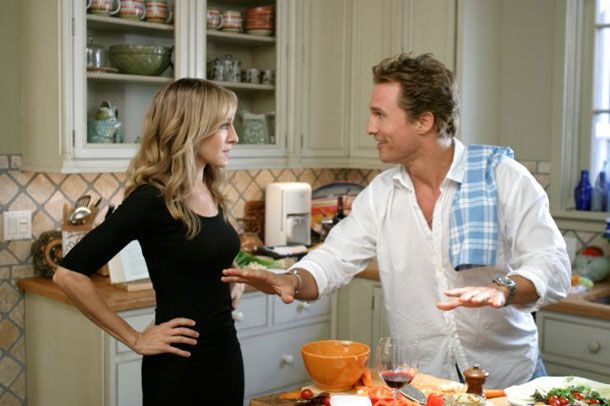 “Look at all of this, Sarah Jessica Parker. I can’t eat any of it.” 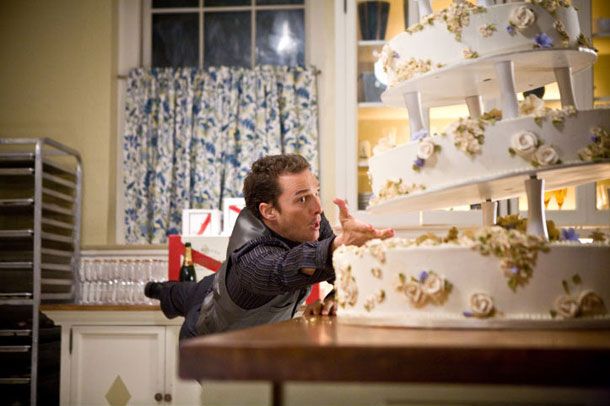 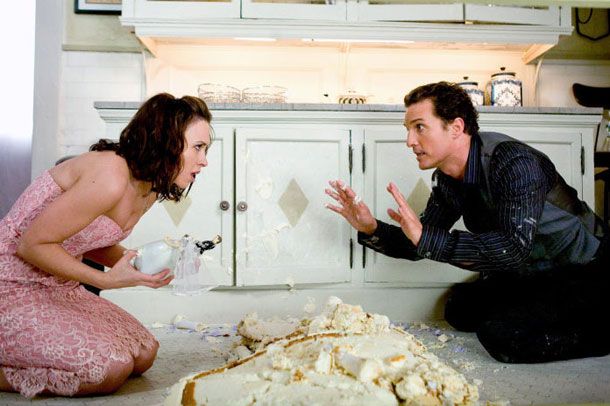 Matthew McConaughey, in Sickness and in Health