On last night’s New Girl, our beloved Schmidt, in an attempt at soft-stalking Kanye West, assumed the identity of Tagg/Tugg Romney (“Let’s get America back to work.”) in order to get into a nightclub. It was a wonderfully timed piece of comedy — one night before the first presidential debate — as well as an oddly feasible proposition. Look at the glorious hair he shares with the Romney brood, the glorious smile they all have in common. He even blamed President Obama in last week’s episode for Jess getting fired. There’s something there, people. (We’ll call him Schmidt Romney, perhaps, like Max Greenfield did.) 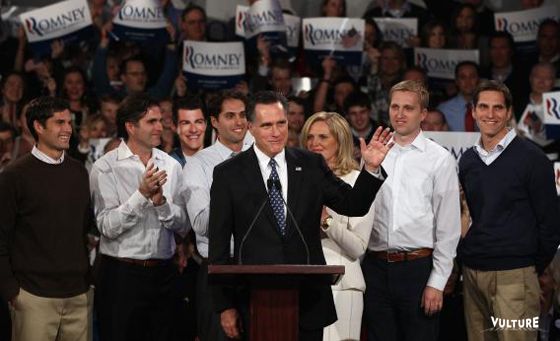 See New Girl’s Schmidt As One of the Romneys