It was a music-magazine photo shoot like any other — “My brother and I posed for a picture wearing the same green shirts and then another wearing fake mustaches,” remembers Eleanor Friedberger, singer for Brooklyn-based brother-sister indie-rock duo the Fiery Furnaces — when photographer Chris Buck made a special request: “He asked us if we’d be willing to stand behind a curtain while he took a picture of it,” says Friedberger. “We said, ‘Yes. Why not?’ ” Buck earns a living shooting celebrities for magazines (including New York), but while on assignment over the past decade, he’s cultivated a sideline in high-concept hide-and-seek, snapping photos of his famous subjects secreted behind objects. Among the stars you definitely won’t see in his new book, Presence: The Invisible Portrait (out now from Kehrer Verlag), are Jon Hamm, Cindy Sherman, Snoop Dogg, and William Shatner — but, as witnesses swear in signed affidavits, they’re all hiding somewhere within Buck’s frame. 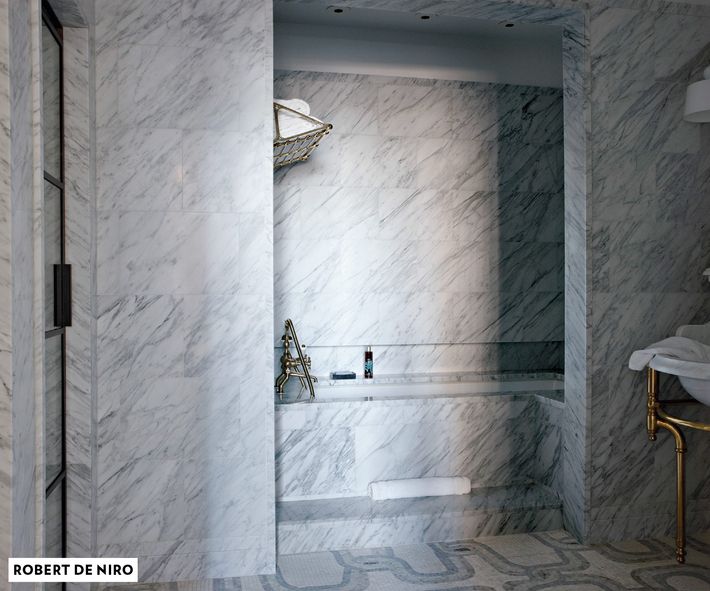 my single is dropping 27 mins ago
Cardi B Announces New Single During BET Awards While not being physically present at them.
overnights 10:00 p.m.
Westworld Season-Premiere Recap: Christina’s World It’s several years into the new world and everyone has made news lives for themselves — but nothing good lasts long in Westworld.
overnights 9:30 p.m.
The Real Housewives of Atlanta Recap: Drop It With Drew & Co. An investigation into Drew’s weight-loss program.
murked on his own beats 9:20 p.m.
Jack Harlow Probably Knows Who Brandy Is Now The rapper performed with the R&B legend and Lil Wayne at the 2022 BET Awards.
overnights 9:00 p.m.
Becoming Elizabeth Recap: Elizabeth Learns a Lesson Catherine Parr, we love you.
2022 bet awards 8:16 p.m.
BET Awards 2022: Full Winners List We’ll be updating who wins throughout the show.
peg the patriarchy 7:29 p.m.
Jack Harlow Brought Lil Nas X (the T-Shirt) to the BET Awards “Wow i really love this man,” says Lil Nas X.
spinoff showcase 6:53 p.m.
What Could a Stranger Things Spinoff Be? Some helpful suggestions.
celebrity response 6:21 p.m.
Celebrities Respond to the Supreme Court’s Overturning of Roe v. Wade Celebrities including Viola Davis, Taylor Swift, and Michelle Obama respond to the Supreme Court’s decision.
its the industry baby 6:15 p.m.
What’s Up With Lil Nas X and BET? Lil Nas X was snubbed with zero nominations at the BET Awards.
overnights 5:36 p.m.
Evil Recap: Horny As Hell A demon in the sheet and a new cryptocurrency? This is literal hell.
exit interview 11:00 a.m.
Peter Strickland Wants the Work That Hacks Are Getting “I don’t see hack as a dirty word,” says the director of Flux Gourmet, an empathetic look at the cost of good art and the perils of human digestion.
By Rachel Handler
chat room 9:00 a.m.
David Hyde Pierce Almost Missed His Julia Moment The TV legend on playing opposite Sarah Lancashire and his ambivalence about that Frasier reboot.
the festival circuit Yesterday at 6:26 p.m.
Olivia Rodrigo Sang Lily Allen’s ‘F- - - You’ to the Supreme Court In response to the decision to overturn Roe v. Wade.
luk at tu! Yesterday at 3:53 p.m.
Julie Andrews Has a Favorite Minion It’s the one that says, “Hello!”
overnights Yesterday at 2:57 p.m.
RuPaul’s Drag Race All Stars Recap: Holy Trinity Y’all … is Trinity going to win this whole thing?
makin' moves Yesterday at 2:27 p.m.
J-Hope Is the First BTS Member to Announce Solo Album After Hiatus Out July 15, just two weeks before his headlining set at Lollapalooza.
daytime emmys Yesterday at 2:01 a.m.
The Young and the Restless’s Mishael Morgan Makes History at Daytime Emmys She’s the first Black woman to win Outstanding Lead Actress.
sdcc 2022 June 24, 2022
Marvel Studios Leaves Other Panels Shaking By Returning to San Diego Comic-Con They have not participated since 2019.
overnights June 24, 2022
Money Heist: Korea Recap: Internal Conflict Mmm, it’s not great that the heist has descended into complete chaos.
More Stories