People die on The Walking Dead. If they didn’t, the show would be entitled The Walking Alive and would be about a big-city family who moves into a small town in which everyone is a zombie. So, with the number of survivors dwindling, we should expect to see a few of the main characters get killed and then “killed” a second time this season. We are here to play zombie god (“Let there be … braaaaaains.”) and determine who exactly should survive. No, we don’t kill everyone, but it was a consideration.

Rick: For better or for worse, this is his show, so he can’t go anywhere. He’s the leader, the one with the big handgun, the character through which we’re learning about this universe. He’s also just morally ambiguous enough to remain interesting. LIVE

Lori: Sure, she’s an important character but not a particularly likeable or helpful one. Killing her also means killing a sinless unborn child; however, her track record with kids isn’t the best. Ultimately, the best-case scenario is she gets killed by walkers and Rick carries around a zombie baby in a papoose as a reminder of his failure to protect his family. DIE

Carl: Look, no one wants to kill tweens, but he is the worst. Not to mention that he’ll be a teenager soon, so if you thought he was annoying before, wait until he starts going through puberty. We’re not sure if the death of both of Rick’s family members would make him more interesting or just insane. DIE

Andrea: For much of the series, Andrea would’ve been an easy character to kill off. She seemed totally over the whole living thing and did frustrating things like shooting Daryl (a.k.a. the one character we completely like). However, now she has a cool friend with a sword and armless zombies on chain-leashes, so let’s see how that plays out. LIVE

Daryl: Come on, you can’t kill Daryl. Besides him being the tough-yet-damaged pre-apocalypse bad guy turned post-apocalypse good guy that a show like this needs, his brother Merle is coming back, and that’s going to be nuts. (Also, occasionally, he will wear a Man With No Name–type poncho.) LIVE 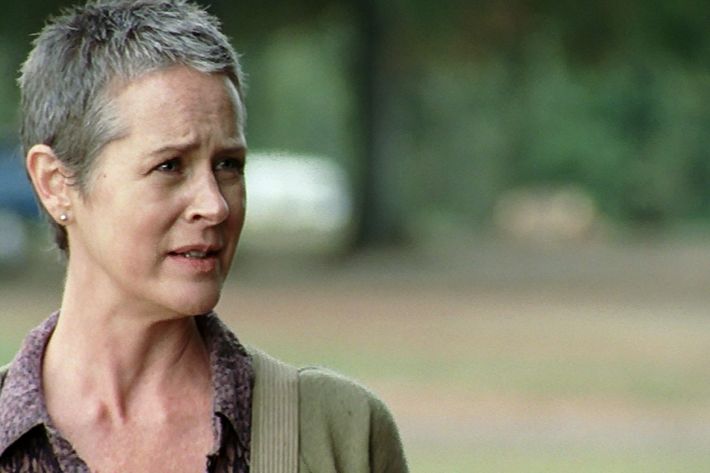 Carol: Hasn’t she been through enough? If a walker ever got her, one of the other survivors would probably go, “Thank god. Good for her.” Just mercy-kill her, guys. DIE

Maggie & Glenn: Maggie’s pretty cool, and Glenn’s pretty cool, but more important, they’re the only nice thing left in this world. In times like this, we need young love to restore some hope in humanity, and we clearly aren’t getting that passion from Mr. and Mrs. Grimes. LIVE

T-Dog: None of the principle characters has been given less to do. Maybe season three will be his time, but more it’s likely that he’ll just sit around being the night watchman. However, we feel bad for the actor that plays him because he never got a chance to be awesome, so how about he gets bit by a walker but still gets to hang around. ZOMBIE

Hershel: It’s good for a show about survivors to have an old guy around. They can provide sage wisdom and are good if you want one of your younger characters to say something to the effect of “Can it, gramps,” because once in a while, that’s the level of dialogue on this show. Hershel could be that old guy, now that Dale is dead. LIVE 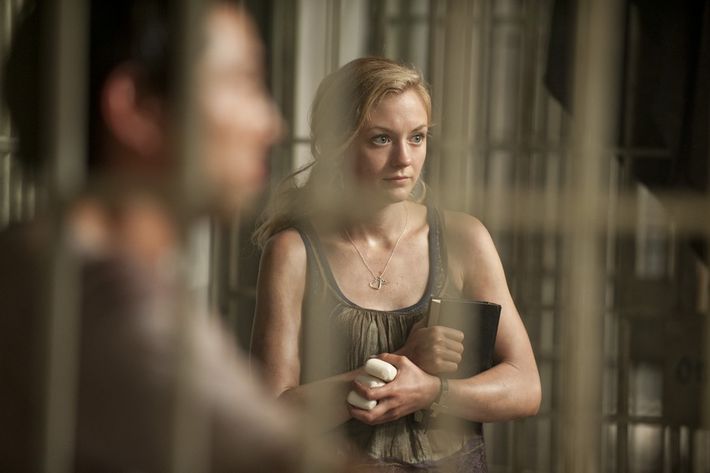 Who Should Die in Season 3 of The Walking Dead?