Usually, James Bond has got gadgets and gizmos a-plenty. However, in Skyfall, (maybe because the new Q is too busy buying smart cardigans) he employs a more spartan approach, only employing a personalized handgun (which he basically already did in Licence to Kill) and a miniscule radio. This is understandable. Bond’s gadgets — though iconic and whimsical — were sometimes impractical and, looking back, often seem dated. The worst ones don’t hold up at all. Here are eight gadgets that didn’t age as well as Bond’s taste for martinis. 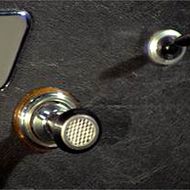 One of the many gizmos cellular phones made obsolete. Though, it might come in handy if Bond wanted to make a call while not disturbing his phone's Pandora streaming.

"What's that? Sorry, you're breaking up. What are you calling me from? Oh, a brush? Call me back from your phone." 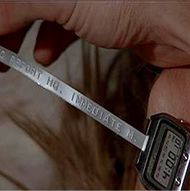 (The Spy Who Loved Me)

Not only is it a watch with a built-in pager, but the pages come in the form of label maker-like printouts. It's quaint how dated it is. Like an old lady trying to rap. 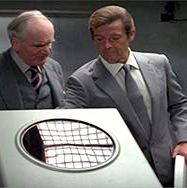 (For Your Eyes Only)

Remember when people didn't know what computers could do, so they just made up programs in which you select a person's characteristics from a list (i.e. hair color, nose shape) and it creates a 3D line drawing facsimile? Sure, Q, that sounds like a computer. 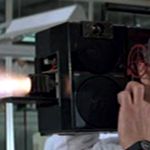 This was discontinued by the CIA, after the tragic death of uncover agent/ring wearer Radio Raheem. 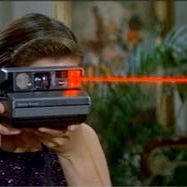 Criminal 1: "I thought they stopped making those."
Criminal 2: "Also, why are we letting James Bond take our photograph?" 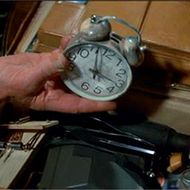 At this point, the only reason to buy an alarm clock is if you need it to explode. 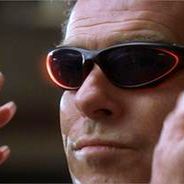 Every kid in England has access to better video game technology than this.

Can We Nitpick Skyfall’s Evil Plan for a Moment?

Eight Bond Gadgets That Have Not Aged Well