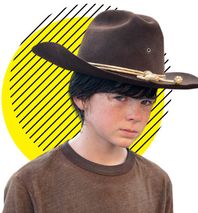 Photo: Gene Page/AMC
Carl Grimes
The Walking Dead
After spending much of last season in a coma, Carl came back strong in this year’s most dramatic episode, shooting his dead mother (Lori, never an audience favorite) in the head to ensure that she not return as a zombie. 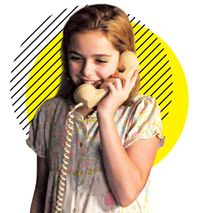 Photo: Courtesy of AMC
Sally Draper
Mad Men
On a museum date with Glen, Sally got her first period and ran home to Betty, whose heretofore unseen maternal warmth made her sympathetic for the first time since 1962. Then Don let Glen drive himself back to boarding school. 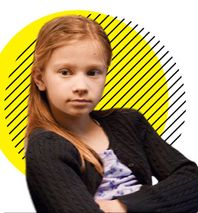 Photo: Courtesy of FX
Jane
Louie
Louie’s night out with bookstore employee Liz (Parker Posey)—the weirdest, most cinematic TV date of the year—might never have happened if not for his daughter, who demanded that her dad find a girlfriend. 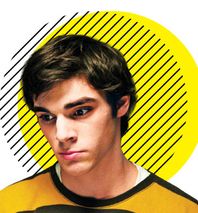 Photo: Courtesy of AMC
Walter White Jr.
Breaking Bad
A minute of levity in an otherwise pitch-black season, Walt Jr.’s meth-making dad bought his son a muscle car so they could sit in the driveway and rev engines side by side. 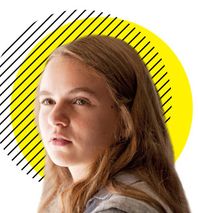 Photo: Kent Smith/Showtime
Dana Brody
Homeland
Plenty of viewers found her grating this season, but she’s also her show’s moral compass, seeking to confess for her role in a vehicular manslaughter — damn the consequences for the vice-president. 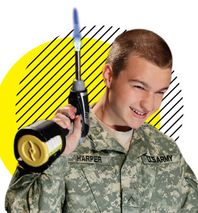 Photo: Robert Voets/Warner Bros.
Angus T. Jones
Two and a Half Men
As usual, Two and a Half Men’s most interesting episode was not broadcast on CBS: A newly religious Jones (who plays generally negligible Jake Harper on Men) called his show “filth” and told fans to quit watching.

This graphic previously ran in the Dec. 10, 2012 issue of New York Magazine.

overnights 9:00 a.m.
The Wheel of Time Recap: The Big City Hey, it’s the White Tower!
advent calendar 8:00 a.m.
Forget A Christmas Story, What About an Erika Jayne Story? Are you listening, Andy Cohen?
advent calendar 8:00 a.m.
Vulture’s 2021 Advent-Calendar Gift Guide Something for everyone on your list (or at least everyone who owns a TV).
the grub street diet 6:00 a.m.
Kevin Morby Depends on Noodle Soup “It’s a magical elixir for a vocalist.”
By Chris Crowley
extremely online 1:39 a.m.
Adele Thinks You’ll Dress Up as Her Next Halloween She calls the upcoming video for “I Drink Wine” the “campiest thing you’ll ever see.”
my trilogy is dropping 12:26 a.m.
Joshua Bassett Releases a Trilogy of Music Videos He asked fans to not send hate ahead of the songs’ release.
baldy connick jr. 12:10 a.m.
The Highs, Lows, and Whoas of Annie Live! So much kicking, several endings, and one very good dog.
my single is dropping 12:06 a.m.
Ariana Grande & Kid Cudi’s “Just Look Up” is Astronomical Reporting from Planet Yuh!
rust Yesterday at 10:27 p.m.
Alec Baldwin Says ‘Someone’ Is Responsible for the Rust Shooting “Someone is responsible for what happened… but I know it’s not me.”
overnights Yesterday at 10:00 p.m.
The Sex Lives of College Girls Recap: Nico’s Revenge Nico, Nico, Nico. That sneaky little fox.
overnights Yesterday at 8:13 p.m.
The Sex Lives of College Girls Recap: The Parents Are Not Alright Kimberly and Nico are … kind of sexy?
trailer mix Yesterday at 8:06 p.m.
Drag Race Is Coming Back Home for Season 14 After crisscrossing the globe for spinoffs, it’s home sweet werkroom once again.
the law Yesterday at 6:10 p.m.
Empire Extra Says Jussie Smollett ‘Wanted Me to Fake Beat Him Up’ Damning testimony paints a picture of a premeditated hoax.
overnights Yesterday at 5:30 p.m.
Gossip Girl Recap: Cancel Me If You Can The cancellation of Julien continues to make little sense.
backstories Yesterday at 5:22 p.m.
New Rugrats Is Making New ‘Traditions’ A modernized revival of the animated series is determined to honor the franchise’s legacy — including its beloved holiday specials.
brb indefinite hiatus Yesterday at 5:04 p.m.
Little Mix to Take a Little Break From Little Mix Sure, Jan.
overnights Yesterday at 4:36 p.m.
The Real Housewives: Ultimate Girls Trip Recap: That Friendship Has Sailed The efficiency with which these women craft and then squash drama on this trip is impressive.
awards season Yesterday at 4:21 p.m.
Licorice Pizza Awarded Best Film by National Board of Review The first big Oscar precursor has chosen its winners.
the law Yesterday at 3:27 p.m.
Meghan Markle Won’t Have to Testify Against Estranged Father An appeals court upheld her victory against U.K. tabloids for publishing a private letter.
😇 😇 Yesterday at 3:13 p.m.
A Long Talk With the Hot Gay Nuns of Benedetta Virginie Efira and Daphné Patakia discuss working alongside Paul Verhoeven, the feminist bona fides of their movie, and Virgin Mary dildos.
By Rachel Handler
More Stories