Jessica Chastain has a number of intimidating scenes in Zero Dark Thirty: There’s the one quoted in every review, when she identifies herself as “the motherfucker who found the place.” There is the scene in which she dares to scream obscenities at poor Coach Taylor (reborn, for the purposes of this film, as a floundering CIA bureau chief). And then there is the above shot — plastered across most of the film’s promotional material — in which she glowers at the camera in a pair of aviators. It is the most hard-ass image from a very hard-ass performance, and it raises this very important accessories question: Why doesn’t Jessica Chastain wear aviators in all her movies? In fact, why don’t all fictional characters wear aviators in times of crisis? Look how much tougher her other past characters (and some other non-Chastain characters) look after we’ve Photoshopped these sunglasses on. You think any bad guy is gonna screw with your protagonist when he or she looks like this?

Take Shelter: “That thing? That’s just a tiny rain cloud, like the kind you see in children’s books when someone is having a bad day.” (In the alternate, aviator-wearing version of Take Shelter, this sentence would turn out to be true.) 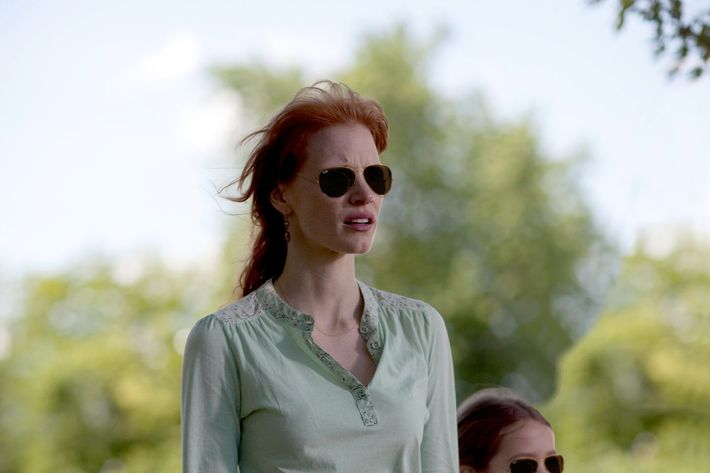 The Help: “You can take your Junior League luncheon and shove it up your ass.” – [deleted scene.]

And now, let’s see what wonders aviators can do for some other movies …

Lincoln: “I am the president of the United States, clothed in immense power and anachronistic but very rad sunglasses.” 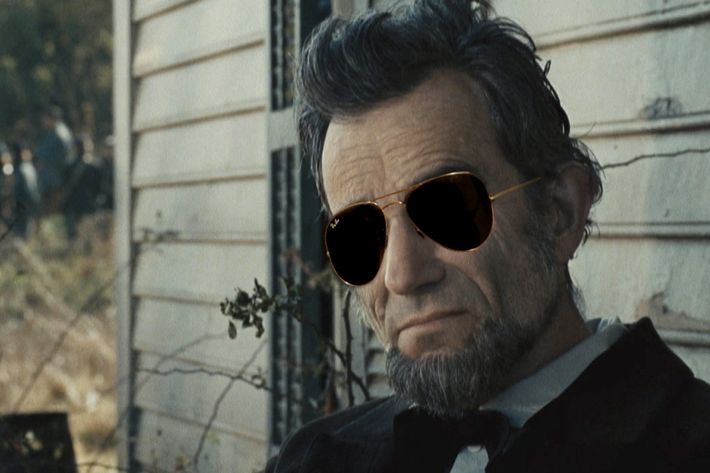 Les Misérables: What did you just say about her daughter? Do you want to say that a little louder? No? 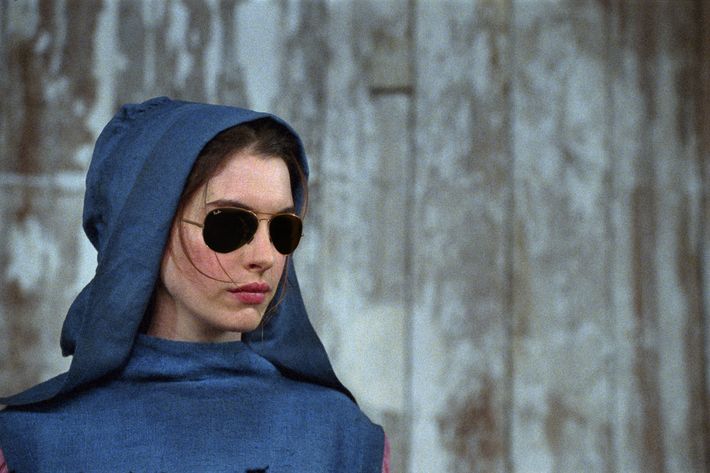 The Walking Dead: “Hi, I used to be an ungrateful child and annoying plot device, but now I am a cool teen.” –an excerpt from Carl’s Dream Journal.

The Hobbit: Walking and eating and singing and hanging out with porcupines for two and a half hours never looked so cool.

scenes 14 mins ago
PinkPantheress Fans Only  Everyone’s a main character at the anonymous singer’s live New York debut.
movie review 15 mins ago
The Horror of Men Doesn’t Go Far Enough Alex Garland’s latest body-mangling film lacks the depth and bravado it needs to succeed.
By Angelica Jade Bastién
trailer mix 1:08 a.m.
She-Hulk: Attorney at Law Trailer: (Green) Girls Just Wanna Have Fun Smashing onto Disney+ on August 17.
coming soon Yesterday at 11:05 p.m.
Helen Mirren Will Travel to 1932 for Yellowstone Prequel And she’ll bring Harrison Ford with her.
overnights Yesterday at 10:03 p.m.
This Is Us Recap: One Last Ride As we near the end, this penultimate episode feels like a real gift to the show’s fans.
called it Yesterday at 8:32 p.m.
AMC Finally Cast Erinn Hayes in Kevin Can F**k Himself Hopefully, her character survives the season this time.
switched on pop Yesterday at 6:00 p.m.
PJ Morton Made Nas’s Dream Come True  After the rapper name-dropped Stevie Wonder on a panel, a fortuitous beat slid his way.
times like these Yesterday at 6:00 p.m.
Taylor Hawkins Allegedly Told Dave Grohl He ‘Couldn’t F-cking Do It Anymore’ “That did take a year of working up the guts to do,” a friend of the drummer said.
villains Yesterday at 5:52 p.m.
Is There a Big Fat Liar Easter Egg in Stranger Things, Season 4? Wouldn’t that be fun?
toxic love notes Yesterday at 5:25 p.m.
Amber Heard Addresses James Franco Elevator Video in Court Amber Heard’s cross-examination ended today after back-and-forth about entries in Heard and Depp’s love journal.
party report Yesterday at 5:10 p.m.
Joe Keery Loves Working With His “60-Year-Old Uncle,” Gaten Matarazzo “He’s like the 60-year-old uncle that I never had.”
are you still watching? Yesterday at 4:25 p.m.
More Bad Netflix News: 150 Jobs Were Just Slashed Mainly U.S. jobs in original-content programming.
media digest Yesterday at 2:58 p.m.
The Believer’s Brief Sale to a Sex-Toy Website Has a Satisfying Ending How the offbeat literary magazine returned to the hands of its original owner, McSweeney’s.
cannes 2022 Yesterday at 1:00 p.m.
Cannes Returns, With Zombies in Tow This year’s festival opens with Final Cut, a zombie flick from The Artist’s Michel Hazanavicius. “I am prepared to be booed,” he says.
By Nate Jones
overnights Yesterday at 12:57 p.m.
Conversations With Friends Recap: The Last Supper Frances is devastated to learn that Melissa is “a good person,” which suggests Frances was the bad person all along. Whoops!
underrated Yesterday at 12:00 p.m.
Bruce McCulloch Admires the ‘Ferocious’ Comedy of Julie Nolke The Canadian comedian comes highly recommended by the Kids in the Hall star.
By Bethy Squires
vulture 10x10 Yesterday at 12:00 p.m.
The Sexual Tension Puzzle 5-Down, Seven Letters: Like onions … or ogres??
are you happy for me? Yesterday at 12:00 p.m.
Baby Keem Takes a Big Step on Kendrick Lamar’s Mr. Morale & the Big Steppers “Savior (Interlude)” might be his best performance ever.
cannes 2022 Yesterday at 10:25 a.m.
What They Don’t Tell You About Booing in Cannes A handy tip before you read the festival-reaction stories out of the Croisette in the coming weeks.
By Nate Jones
overnights Yesterday at 8:56 a.m.
Conversations With Friends Recap: A Bit of Pressure Remember Frances’s cramps from hell from the first episode?
More Stories